I love everything about this movie.  It had zombies before all you bacon-loving clown-fearing hipsters were all about them.  The fashion, the music, the dialog, all perfection, all 80s.  I have even included the entire film at the bottom of this post.  You should at least watch the first 15 minutes.  I love the poster for Red Dust on the inside of the backstage door.  First 15 minuted, I promise.  You’ll want to stay for the dancing sequence in an abandoned shopping mall, it is one of the best music montages ever.

Night of the Comet

Night of the Comet is a 1984 film directed by Thom Eberhardt and starring Catherine Mary Stewart, Robert Beltran, and Kelli Maroney. It has elements of such diverse genres as science fiction, horror, zombie apocalypse, comedy, and romance. The film was voted number 10 in Bloody Disgusting’s Top 10 Doomsday Horror Films in 2009.

The Earth is passing through the tail of a rogue comet, an event which has not occurred in 65 million years, the last time coinciding with the extinction event that wiped out the dinosaurs. On the night of the comet’s passage, large crowds gather to watch and celebrate the event.

18 year old Regina “Reggie” Belmont (Catherine Mary Stewart) is an employee at a movie theater in southern California. Annoyed that her #6 high score on the arcade game Tempest was beaten by someone with the initials “DMK“, she decides to have sex with her boyfriend, the theater projectionist, in the steel-lined projection booth. Meanwhile, Reggie’s 16 year old sister Samantha “Sam” (Kelli Maroney) argues with their stepmother, and she gets punched in the face.

The next morning, a reddish haze covers everything. There is also not one sign of life, only small piles of red dust and empty clothes. Reggie and her boyfriend wake up, unaware that anything strange has happened. Her boyfriend steps outside behind the theater and is immediately killed by a zombie. When Reggie comes looking for her boyfriend, she finds the zombie eating him. The zombie tries to attack, but she escapes. Finding herself in an empty world, Reggie goes home to find her sister. Sam had spent the night in a metal yard shed after the fight and is also alright.

After figuring out what has happened, they hear a radio disc jockey and race to the station, only to find it is automated and just a recording. They do find another survivor there, Hector Gomez (Robert Beltran), who spent the night in the back of his steel semi truck. When Sam interrupts the recorded show and makes an announcement, the broadcast is heard by government researchers in an underground think tank. They call the station, telling the survivors that a rescue team is on the way. The scientists note that the zombies, though less exposed to the comet, will soon disintegrate into dust themselves. Reggie tells Hector that, as military brats, she and Sam were taught how to use firearms by their father. Hector then leaves to see if any of his family survived, while Reggie and Sam go foraging at a local mall. After a surprise firefight with some zombie ex-stock boys, the girls are taken prisoner but are saved by the rescue team from the think tank.
Reggie is immediately taken back to their base. Audrey White (Mary Woronov), a dying, disillusioned scientist, offers to remain behind with Sam to wait for Hector. Another scientist who stays with them believes Sam has been exposed and should be executed. However, Audrey realizes that Sam is actually healthy. After purportedly euthanizing Sam, she then kills the other scientist. When Hector returns, Audrey provides enough information for him and Sam to try to rescue Reggie. Audrey then gives herself a lethal injection. 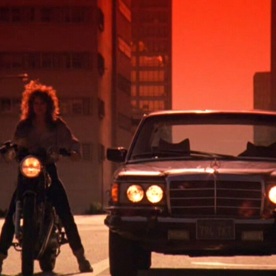 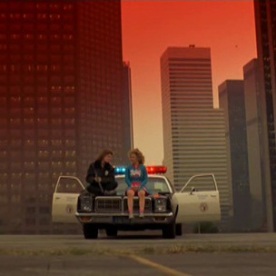 The researchers had suspected and prepared for the comet’s effects, but inadvertently left their ventilation system open during the comet’s passage allowing the comet’s deadly dust to permeate their base. Meanwhile, Reggie has become suspicious, escapes, and discovers that the dying scientists have hunted down healthy survivors and rendered them brain-dead, so they can harvest their untainted blood to look for a cure.
Hector and Sam find Reggie, along with a young boy and a young girl Reggie has rescued. Some of the researchers are killed in the escape, while the rest presumably perish from the comet’s after-effects.

Eventually, rain washes away the red dust and the world is left in a pristine condition. The group becomes a conventional family unit, except for Sam who feels left out. When she ignores Reggie’s warning and crosses a deserted street against the still-operating signal light, she is almost run over by a sports car driven by Danny Mason Keener, a teenager her own age. After apologizing, he invites her to go for a ride. As they drive off, the car is shown sporting the initials “DMK” on the vanity plate.

Source: Night of the Comet – Wikipedia 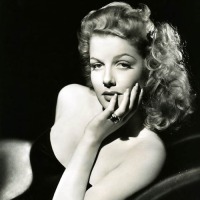