Today is the 88th birthday of Audrey Hepburn.  Have you seen Charade, How to Steal a Million and Funny Face lately? Then watch Wait Until Dark and your mind will be blown. The woman is more than an actor, she makes you care for her well being. You forget that she is playing a character and you simply want to protect her. There is no surprise everyone loves her.  The world is a better place because she was in it and still feels the loss that she has left.

BEST KNOWN FOR: Actress Audrey Hepburn, star of Breakfast at Tiffany’s, remains one of Hollywood‘s greatest style icons and one of the world’s most successful actresses.

Audrey Hepburn was a British actress and humanitarian. Although modest about her acting ability, Hepburn remains one of the world’s most famous actresses of all time, remembered as a film and fashion icon of the twentieth century. Redefining glamour with “elfin” features and a gamine waif-like figure that inspired designs by Hubert de Givenchy, she was inducted in the International Best Dressed List Hall of Fame, and ranked, by the American Film Institute, as the third greatest female screen legend in the history of American cinema.

Born in Ixelles, a district of Brussels, Hepburn spent her childhood between Belgium, England and the Netherlands, including German-occupied Arnhem during the Second World War. In Arnhem, she studied ballet before moving to London in 1948 where she continued to train in ballet and performed as a chorus girl in various West End musical theatre productions. After appearing in several British films and starring in the 1951 Broadway play Gigi, Hepburn gained instant Hollywood stardom for playing the Academy Award-winning lead role in Roman Holiday (1953). Later performing in Sabrina (1954), The Nun’s Story (1959), Breakfast at Tiffany’s (1961), Charade (1963), My Fair Lady (1964) and Wait Until Dark (1967), Hepburn became one of the great screen actresses of Hollywood’s Golden Age who received Academy Award, Golden Globe and BAFTA nominations and accrued a Tony Award for her theatrical performance in the 1954 Broadway play Ondine. Hepburn remains one of few entertainers who have won Academy, Emmy, Grammy, and Tony Awards. 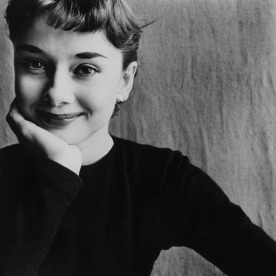 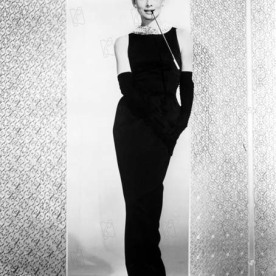 Although she appeared in fewer films as her life went on, Hepburn devoted much of her later life to UNICEF. Her war-time struggles inspired her passion for humanitarian work and, although Hepburn had contributed to the organisation since the 1950s, she worked in some of the most profoundly disadvantaged communities of Africa, South America and Asia in the late eighties and early nineties. In 1992, Hepburn was awarded the Presidential Medal of Freedom in recognition of her work as a UNICEF Goodwill Ambassador but died of appendiceal cancer at her home in Switzerland, aged 63, in 1993.

My look is attainable. Women can look like Audrey Hepburn by flipping out their hair, buying the large sunglasses, and the little sleeveless dresses.

Success is like reaching an important birthday and finding you’re exactly the same.

Only the absolutely determined people succeed.

Living is like tearing through a museum. Not until later do you really start absorbing what you saw, thinking about it, looking it up in a book, and remembering — because you can’t take it all in at once.