Today is the 111th birthday of the film director Billy Wilder.  Do yourself a favor and throw a few of his films on your Netflix queue.  There are so many movies that you should watch, quite a few of them are directed by Billy Wilder. See “Sunset Boulevard,” Wilder’s tale of the true Hollywood that no one had dared to tell before. Make sure you watch the making of the film portion of the DVD, it is brilliant.  The world is a better place because he was in it and still feels the loss that he has left. 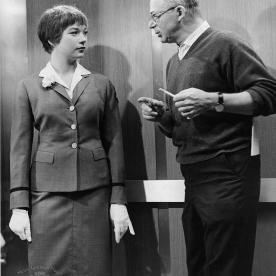 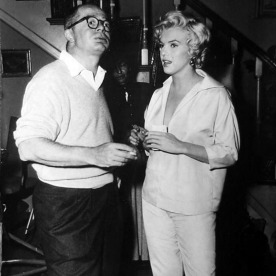 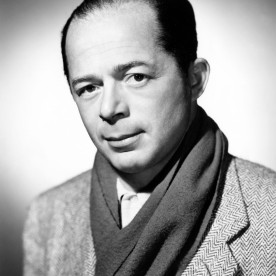 Wilder holds a significant place in the history of Hollywood censorship for expanding the range of acceptable subject matter. He is responsible for two of the film noir era’s most definitive films in Double Indemnity and Sunset Boulevard. Along with Woody Allen and the Marx Brothers, he leads the list of films on the American Film Institute‘s list of 100 funniest American films with 5 films written and holds the honor of holding the top spot with Some Like it Hot. Also on the list are The Apartment and The Seven Year Itch which he directed, and Ball of Fire and Ninotchka which he co-wrote. The American Film Institute has ranked four of Wilder’s films among their top 100 American films of the 20th century: Sunset Boulevard (no. 12), Some Like It Hot (no. 14), Double Indemnity (no. 38) and The Apartment (no. 93). For the tenth anniversary edition of their list, the AFI moved Sunset Blvd. to #16, Some Like it Hot to #22, Double Indemnity to #29 and The Apartment to #80.