Today is the 217th birthday of the man who created The Greatest Show on Earth: P.T. Barnum. The man had hustle. He has this phrase he would use to describe his pranks and hoaxes, he would call them humbugs. Meaning, people like to be frightened if they know deep down they are not in danger. The world is a better place because he was in it and still feels the loss that he has left. 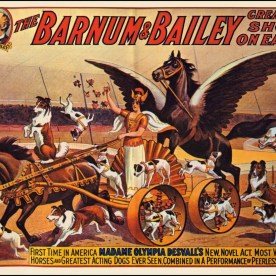 Source: 10 Things You May Not Know About P.T. Barnum – History in the Headlines