Today is the 119th birthday of photographer Bernice Abbot.  Her photos of which I am especially drawn to those of New York City are everything a photo should be.  They make me long for an era that is long gone and feel lucky to know it ever existed.  The world is a better place because she was in it and still feels the loss that she has left. 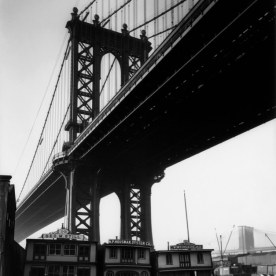 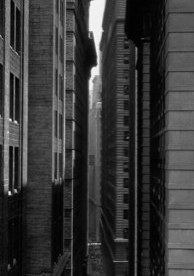 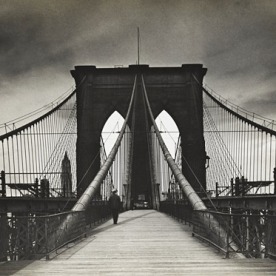 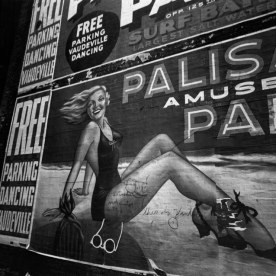 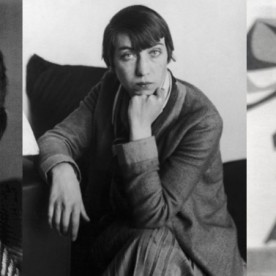 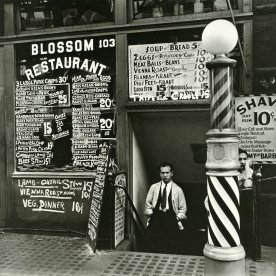 BEST KNOWN FOR: Bernice Abbott, was an American photographer best known for her black-and-white photography of New York City architecture and urban design of the 1930s.

Berenice Abbott can be considered the photographer of New York City. A revolutionary documentary photographer, Abbott was born in Springfield, Ohio, in 1898, and studied for one year at Ohio State University, Columbus, before moving to New York in 1918 to study sculpture. While in New York, Abbott met Marcel Duchamp and Man Ray, two of the founders of the Dada movement, an artistic intellectual movement that emerged as a protest to the senseless suffering of World War I. Dada artists sought to question convention and tradition through seemingly nonsensical works presented in performances, literature, and the visual arts.

Moving on to Europe in the 1920s, Abbott worked from 1925 to 1929 as a photographic assistant to May Ray in Paris. Through her work printing Man Ray’s photographs, Abbott herself discovered her talent as a photographer. In 1926 Abbott had her first solo exhibition in the Parisian gallery, Le Sacre du Printemps. This exhibition featured Abbott’s portrait photography in which she captured personalities associated with avant-garde art movements. Portraits of film director Jacques Cocteau, author James Joyce, artist Max Ernst, and poet Edna St. Vincent Millay were featured. During this time, Abbott also became interested in the work of Eugène Atget, a leading French photographer who was celebrated for his photographs of the streets of Paris.

Upon Abbott’s return to New York in 1929, she moved away from portrait photography to documentary photography akin to Atget’s images, using the city as her subject. During the 1930s she embarked on a project to capture the transformation of New York into a modern urban center. Abbott was particularly interested in the physical changes that the city had undergone, its changing neighborhoods with huge skyscrapers replacing older low-rise buildings. She began a series of documentary photographs of the city as part of a Federal Works Project Administration initiative carried out from 1935 to 1939. At the end of the project, she published her photographs as a book entitled Changing New York. Abbott favored a straightforward, yet dynamic, style that featured strong contrasts and dramatic angles. “Photography can never grow up if it imitates some other medium,” Abbott said, “it has to walk alone; it has to be itself.”

Abbott became picture editor for Science Illustrated in the 1940s and continued in that role through the 1960s, expanding her subject matter to include scientific images. She moved to Maine in 1966 and continued as a science photographer, approaching the world around her methodically, as she had done with her portraits and images of New York. Abbott continued her photography until her death in 1991.