Today is the 79th birthday of Carol Doda.  She is the subject of a cherished family story. She plays a very important role in the story of how Susie met her soon-to-be brother-in-law Waldie. She was originally going to take him to a classical music concert, but got the days mixed up and the tickets were for a different night. Waldie being Waldie, he said he knew a place he wanted to go and off they went. It turns out the places that Waldie was talking about was the Condor Club, a topless (and for a while, bottomless) bar in North Beach, San Francisco. It was the 1960s. The music started, and Carol Doda was lowered from the ceiling.

At Waldie’s memorial service this past summer, Susie spoke and included the story of how they first met. She referenced Carol Doda by saying “She was the most well-endowed woman I had ever seen” and received laughter and cheers from the family and friends that filled the Chapel at Interlochen Center for the Arts. The world is a better place because she was in it and still feels the loss that she has left.

BEST KNOWN FOR: Carol Ann Doda was a topless dancer in San Francisco, California who was active from the 1960s through the 1980s. She was the first public topless dancer.

Carol Ann Doda was a topless stripper in San Francisco, California in the 1960s through 1980s, one of the first of the era.

In 1964 Doda made international news, first by dancing topless at the city’s Condor Club, then by enhancing her bust from size 34 to 44 through silicone injections. Her breasts became known as Doda’s “twin 44s” and “the new Twin Peaks of San Francisco.”

Carol Doda attended the San Francisco Art Institute and worked as waitress and lounge entertainer at the Condor Club, at the corner of Broadway and Columbus in the North Beach section of San Francisco. Doda’s act began with a grand piano being lowered from the ceiling by hydraulic motors; Doda would be atop the piano dancing, as it descended from a hole in the ceiling. She go-go danced the ‘Swim’ to a rock and roll combo headed by Bobby Freeman as her piano settled on the stage. From the waist up Doda emulated aquatic movements like the Australian crawl. She also did the Twist, the Frug, and the Watusi.

On June 19, 1964, when Doda was approximately 23 years old (actually 26), the Condor’s publicist, “Big” Davy Rosenberg gave Doda a “monokini” (topless swimsuit) designed by Rudi Gernreich. She performed topless that night, the first noted entertainer of the era to do so. The act was an instant success. Two months after she started her semi-nude performances, the rest of San Francisco’s Broadway was topless, followed soon after by entertainers across America. Doda became an American cultural icon of the 1960s. The Republican National Convention was held in San Francisco, during the summer of 1964; many of the delegates came to see Carol Doda. She was profiled in Tom Wolfe’s 1968 book The Pump House Gang and appeared that same year as Sally Silicone in Head, the 1968 film created by Jack Nicholson and Bob Rafelson, and featuring The Monkees. The movie was produced by Columbia Pictures. She appeared in a Golden Boy parody with Annette Funicello, Sonny Liston, and Davy Jones.

Encouraged by her success, Doda soon decided to enhance her breasts with silicone injections, going from size 34 to 44. Doda became renowned for her big bust, and was one of the first well-known performers to be surgically enhanced. She had 44 injections, a large dose of silicone, at a cost of $1,500. 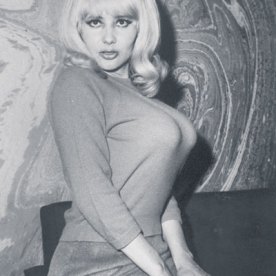 For the topless and waterless Swim, Doda wore the bottom half of a black bikini and a net top which ended where a bathing suit generally began. Doda performed 12 shows nightly so that management could keep crowds moving in and out. The large lit sign in front of the club featured a cartoon of her.

Nicaraguan dictator General Anastasio Somoza Debayle paid an unexpected visit to the Condor Nightclub in November 1973 as seven limousines pulled up before starled parking attendants. About two dozen U.S Secret Service agents accompained the general Somoza’s party of nine and guarded each door. Somoza sent to Doda a word backstage as he departed that he considered her performance “most outstanding”.

From the late-1960s through the late-1970s, Doda was the spokesmodel for what is now the San Jose, California television station KICU-TV Channel 36, then known as KGSC-TV. Filmed from the waist up and wearing clothes which amplified her most prominent physical attributes, she would coo “You’re watching the Perfect 36 in San Jose.” She would also occasionally appear on-air to do editorial commentary on the issues of the day.

In 1982 Doda was again dancing at the Condor three times a night. She was 45 and performed to rock ‘n’ roll, blues, and ragtime. Each act was the same, with Doda appearing in a gold gown, traditional elbow-length gloves, and a diaphanous-wraparound. Her clothing was removed until she wore only a g-string and the diaphanous wraparound. In the final portion she was attired in only the wraparound. Her small body looked slimmer without clothes, a perception which was emphasized by the dwarfing effect of her breasts. At the time she was taking dance and voice lessons but had no definite plans for her future.

Doda retired from stripping in the 1980s and now runs “Carol Doda’s Champagne and Lace Lingerie Boutique“, a lingerie shop in San Francisco.

As of 2009 Doda had been performing (fully clothed) for several years at several North Beach (San Francisco) clubs, including Amante’s and Enrico’s Supper Club. 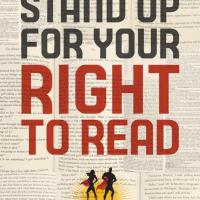