Today is the 66th birthday of the singer Chrissie Hynde.  I could never pick just one favorite song of hers, but I do really love her version of “Everyday is Like Sunday.”  The world is a better place because she is in it. 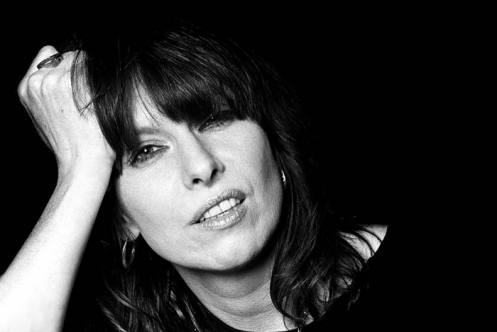 BEST KNOWN FOR: Chrissie Hynde came to fame as the frontwoman for the Pretenders. Hits “Brass in Pocket” and “My City Was Gone” became rock anthems in the 1970s and 80s.

Born on September 7, 1951, in Akron, Ohio. Chrissie Hynde was one of the leading women in rock in the 1980s and 1990s as the lead singer of the Pretenders. After studying art at Kent State University for a time, she took off for London, England, where she discovered the emerging new rock genre??punk.

The Pretenders got together in the late 1970s and released a self-titled album in 1980. Chrissie Hynde and bandmate James Honeyman-Scott penned the group’s first hit, “Brass in Pocket.” Subsequent releases produced the hit songs “Middle of the Road,” “Show Me,” and “Back on the Chain Gang” (from 1984’s Learning to Crawl); and “Don’t Get Me Wrong” (from 1986’s Get Close); as well as 1994’s “I’ll Stand by You.”

Chrissie Hynde divorced Simple Minds singer Jim Kerr in 1990 after six years of marriage. Together they have a daughter, Yasmin. Hynde also has a daughter, Natalie, with her former longtime partner Ray Davies of the Kinks.