Today is the 95th birthday of Sid Ceasar.  You watch TV.  He was in that covered wagon charting the uncharted, mapping the unmapped in TV land.  He was a pioneer.  The world is a better place because he was in it and still feels the loss that he has left. 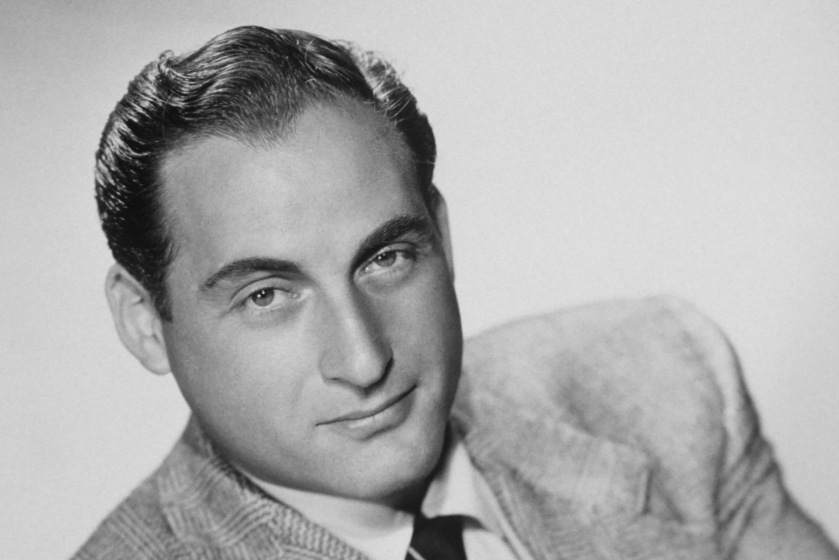 BEST KNOWN FOR: Sid Caesar was a comedian and the creator of the classic Emmy Award-winning television variety program Your Show of Shows.

Famed comedian Sid Caesar was born in Yonkers, New York, on September 8, 1922, the youngest of three brothers. Both of his parents immigrated to the United States as children, his father from Poland and his mother from Russia. His last name was given to his father by an immigration officer at Ellis Island. The Caesar family ran a restaurant in Yonkers.

Caesar started out as a musician. He reportedly took up the saxophone after a customer left one behind at his parents’ restaurant. During his years at Yonkers High School, Caesar began playing in a band. After graduating in 1939, he found work in the summer resorts in the Catskill Mountains. Caesar was hired as a musician, but he also started doing some comedy as well.

During World War II, Caesar served with the U.S. Coast Guard. His famous sense of humor was discovered by a producer who put him in a Coast Guard revue called Tars and Stars as a comedian. Caesar also appeared in a film version of the production that was released in 1946.

Caesar made his way to Broadway two years later, landing a role in Make Mine Manhattan. This popular revue helped him make the leap into an emerging medium—television—the following year. Caesar also starred on the variety show The Admiral Broadway Revue alongside Imogene Coca and Marge and Gower Champion. While this program didn’t last long, the actor’s next effort would make TV history.

In 1950, Sid Caesar quickly became a Saturday night favorite with Your Show of Shows, a sketch-comedy program also starring Imogene Coca and Carl Reiner, among others. He created a beloved array of characters, from the Professor to cool musician Progress Hornsby.

Additionally, Caesar was a gifted mine and mimic, earning himself comparisons to Charlie Chaplin. His talents were greatly enhanced by a stellar writing staff that included Mel Brooks, Neil Simon and Larry Gelbart over the show’s four-year run. Behind the scenes, Caesar battled with problems with alcohol.

After Your Show of Shows ended in 1954, Caesar moved on to his next successful TV project: Caesar’s Hour. He won his second Emmy Award for his work on the variety show in 1957. Reuniting with Imogene Coca yet again, he went on to star in another entertainment program, Sid Caesar Invites You. Unfortunately, the project was short-lived.

In the early 1960s, Caesar returned to Broadway with a role in the musical comedy Little Me. He received a great deal of praise for his performance, including a Tony Award nomination. The actor made another attempt to recapture his earlier TV success with The Sid Caesar Show in 1963, but the program failed to catch on with viewers.

In the 1970s and ’80s, Caesar made a number of TV and film appearances. He took on small parts in such popular movies as the disaster drama Airport 1975 and the 1978 musical Grease, starring John Travolta and Olivia Newton-John. Caesar also had a memorable turn as a caveman in the Mel Brooks comedy History of the World: Part I (1981).

Long plagued by personal demons, Caesar shared details of his struggles and his recovery in his 1983 autobiography, Where Have I Been?. Two years later, he was inducted into the Television Hall of Fame.

In 2003, Caesar reflected on his career in the book Caesar’s Hours: My Life in Comedy, with Love and Laughter, which he co-wrote with Eddy Friedfeld. In 2012, he appeared in the documentary Lunch, a film chronicling a weekly get-together between Caesar and some of Hollywood’s TV veterans, including Monty Hall from the long-running game show Let’s Make a Deal and announcer Gary Owens.

Following a brief illness, Sid Caesar died on February 12, 2014, at the age of 91, in Beverly Hills, California.

Author of books:
Caesar’s Hours: My Life in Comedy, With Love and Laughter (memoir, with Eddy Friedfeld)
Where Have I Been: An Autobiography (memoir, with Bill Davidson)