Today is Pulitzer Prize Winning playwright Arthur Miller’s 102nd birthday.  You have seen “Death of a Salesman” and “The Crucible.”  How could you have not seen some version?  You may know him without knowing you know him.  He is part of the collective American conscious.  His life is an amazing American story that needs to be remembered and admired.  The world is a better place because he was in it and still feels the loss that he has left. 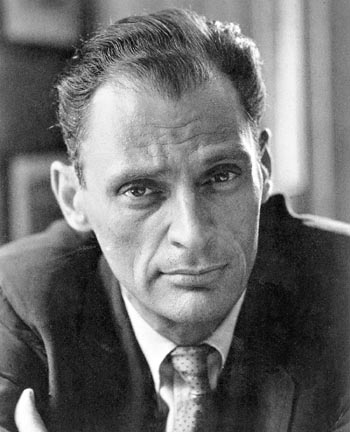 BEST KNOWN FOR: Arthur Miller was an American playwright who combined social awareness with a concern for his characters’ inner lives, such as in his Death of a Salesman.

Miller was often in the public eye, particularly during the late 1940s, 1950s and early 1960s, a period during which he testified before the House Un-American Activities Committee, received the Pulitzer Prize for Drama and the Prince of Asturias Award, and was married to Marilyn Monroe.

Yesterday was his birthday, born in New York City (1915). His father was the wealthy owner of a coat factory, and the family had a large Manhattan apartment, a chauffeur, and a summer home at the beach. But the family lost everything in the stock market crash of 1929.

Maybe all one can do is hope to end up with the right regrets.

The family had to move to a poor section of Brooklyn called Gravesend, where few of the streets had been paved, and much of the neighborhood was full of vacant lots. They had been living on the sixth floor of a building on Central Park North, but they now moved into a six-room clapboard house, where Miller had to share a bedroom with his grandfather.

The neighborhood was also home to Arthur Miller’s uncle on his mother’s side, Manny Newman, who would captivate Miller’s imagination for years. Uncle Manny was a salesman, and he was a big talker, full of schemes and hope for the future, even though he struggled to make ends meet. 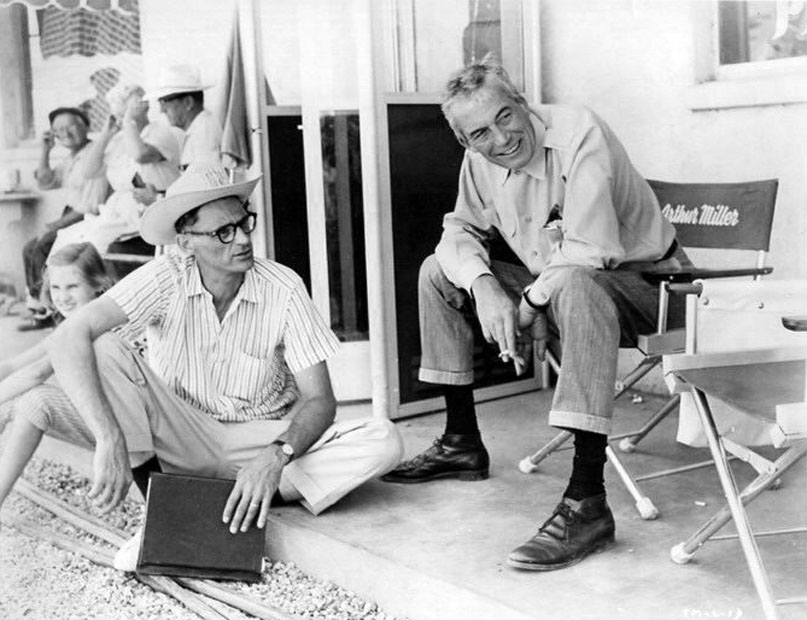 Miller got involved in drama as a college student when he decided to enter a playwriting contest and managed to win the first prize with the first play he’d ever written. His first big success was his play All My Sons (1947), and just before the Broadway premiere, Miller went to an advance performance of the play in Boston. He was standing outside the theater when he looked up and saw that one of the people leaving the auditorium was his uncle Manny, whom he hadn’t seen in years. He realized right away that Manny must have been on a business trip to Boston and had come to the play on a whim. Miller said, “I could see his grim hotel room behind him, the long trip up from New York in his little car, the hopeless hope of the day’s business.” They only spoke briefly, and all Manny had to say was that his son Buddy was doing well. A year later, Miller learned that his uncle Manny had committed suicide.

He decided that he had to write a play, based loosely on his uncle’s life. He tracked down Manny’s two sons, Buddy and Abby, and interviewed them about their father. Soon after those interviews, Miller set out to write his play in a tiny cabin in Connecticut.

The result was Death of a Salesman (1949). It’s the story of a salesman named Willy Loman and the last 24 hours of his life with his wife, Linda, and his sons, Biff and Happy. He comes home from a business trip, carrying a case of samples, and tells his wife that he decided to cut the trip short because he’s not feeling well. He spends the next day trying to figure out how to pay off his debts. In the end, he decides to kill himself in a car accident, in the hopes getting his family the insurance money.

The final scene of the play takes place at Willy Loman’s funeral, and one of the characters says, “For a salesman, there is no rock bottom to the life. He don’t put a bolt to a nut, he don’t tell you the law or give you medicine. He’s a man way out there in the blue, riding on a smile and a shoeshine. And when they start not smiling back — that’s an earthquake. … A salesman is got to dream, boy. It comes with the territory.”