Today is the 78th birthday of the civil rights worker Michael Schwerner. Killed when he was only 24 years old, he was working to bring equality to everyone. I want this to be clear:  he was murdered by KKK members consisting of a sheriff and a priest. “Upstanding” members of the community and people of power on the wrong side of history. He gave his life so everyone would have the right to vote. The world is a better place because he was in it and still feels the loss that he has left. 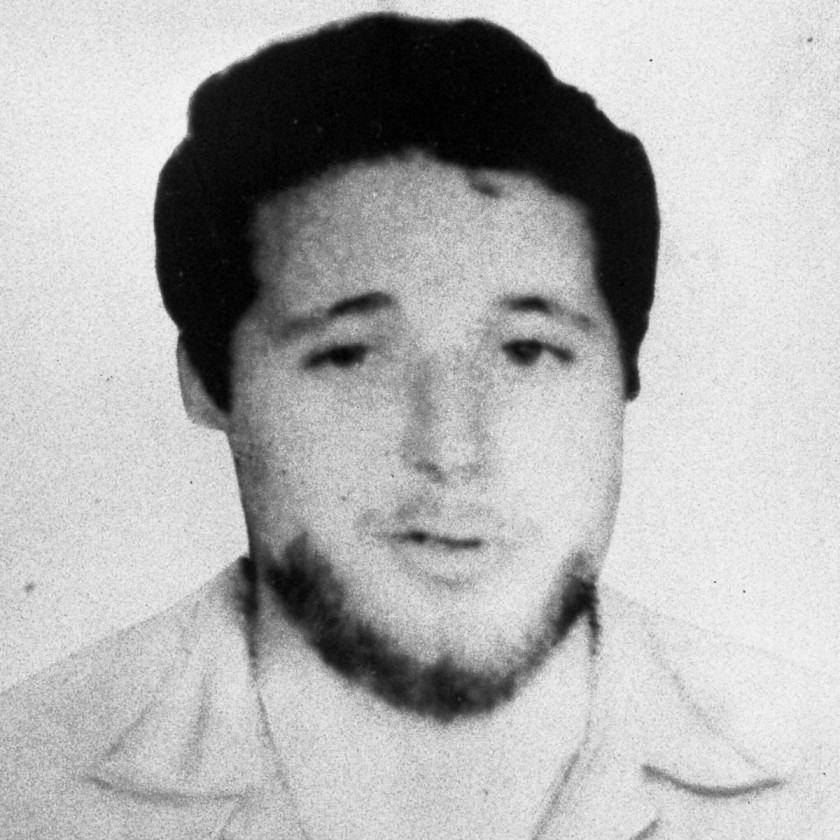 BEST KNOWN FOR: Civil Rights worker Michael Schwerner, along with James Chaney and Andrew Goodman, were killed because of their activism during Mississippi’s Freedom Summer in 1964. Their murders helped to galvanize the Civil Rights Movement and support for the Voting Rights Act of 1965.

Born on November 6, 1939, in New York City, Michael “Mickey” Schwerner gave his life in the pursuit of social justice. He, James Chaney and Andrew Goodman were three members of the Congress for Racial Equality who were murdered in Mississippi in 1964 by members of the Klu Klux Klan.

Schwerner spent his early years in New York City where he and his older brother Stephen attended the Walden School. His father was in the manufacturing business while his mother worked as a biology teacher. He and his family moved out of the city in the late 1940s. Schwerner went to high school in Pelham, New York. After graduation, he first attended Michigan State University but later transferred to Cornell University. Schwerner also changed career direction, first pursuing veterinary science before switching to sociology.

Completing his bachelor’s degree in 1961, Schwerner enrolled in a master’s program at Columbia University’s School of Social Work. But he dropped out of Columbia and took a job as a social worker at a housing project on New York’s Lower East Side. There he also became involved in the burgeoning Civil Rights Movement. Schwerner joined CORE’s chapter in the area. But after the Birmingham riots in 1963, he felt compelled to move to the south and work for CORE there.

Schwerner moved to Meridian, Mississippi with his wife Rita in January of 1964, wanting to help out at the CORE office there. They established a new community center and sought to assist African-American citizens with registering to vote and encouraged social activism. Before long, Schwerner had attracted the attention of segregationists and members of the Klu Klux Klan. He was being watched by the Klan and the Mississippi State Sovereignty Commission and was given the nickname “Goatee” by them. By that spring, Sam Bowers, a top local Klan leader, had called for Schwerner to be killed.

James Chaney was a local CORE member who worked closely with Schwerner. As part of the African-American community, Chaney helped convince local black churches to allow CORE to use their buildings for freedom schools. Schwerner and Chaney had several meetings with the leaders of the Mount Zion Methodist Church in Longdale, Mississippi before programs could be held at the church.

In June, Michael and Rita Schwerner, along with Chaney, traveled to Ohio for a special training session there to prepare volunteers for the summer’s Civil Rights campaign. Freedom Summer, as it was called, planned on bringing hundreds of volunteers to Mississippi to register African-American voters. While at the training program, Schwerner and Chaney learned that the Mount Zion church had been firebombed and members of the congregation had been attacked by the Klan. The pair, joined by volunteer Andrew Goodman, decided to return to Mississippi and investigate the incident.

Schwerner and his two companions were pulled over by the police in Mississippi, reportedly for speeding. On June 21, the trio were taken to a jail in Neshoba County and held there for several hours. It was around 10 pm when they were finally allowed to pay a fine and leave. Schwerner, Chaney and Goodman got into their vehicle and set off for Meridian, but they never made it there. Two days later, their car was discovered in the Bogue Chitto swamp.

The disappearance of three Civil Rights workers became a national news story. Race played a part in how much media coverage the case received. While several African-American activists had already disappeared or been killed, Schwerner and Goodman were two young white men from the North—a fact that captured the nation’s attention. Shortly after the men vanished, the FBI sent agents to Mississippi to work on the case. The fate of Schwerner, Chaney and Goodman was revealed 44 days after their disappearance. The bodies of the men were recovered after a tip lead the FBI to an earthen dam near Philadelphia, Mississippi, where the trio had been buried.

Even with discovery of the bodies, local and state law enforcement officials dragged their feet about investigating the murders. Since the killings were not federal crimes, the federal government pursued a civil rights case against those involved in the abduction and murder of Schwerner, Chaney and Goodman. In 1965, 18 men, including several members of local law enforcement, were charged with violating the activists’ civil rights. These charges were dismissed and then later reinstated. Once these men were brought to trial, the truth of what really happened on the night of June 21, 1964, came to light. Klan members were told that the three were in the county jail. Two cars filled with Klan members caught up with Schwerner, Chaney and Goodman on a nearby roadway. They were each shot to death.

Despite the gruesomeness of the crime, only seven men were convicted in the case. One of the accused, Edgar Ray Killen, was set free because a member of the jury refused to convict a preacher. But Killen didn’t escape justice forever. In 1988, the movie Mississippi Burning, a fictionalized look at the case, was released and stirred up new interest in these killings. Local reporter Jerry Mitchell helped uncover new information in the case, which led to Killen being charged again—this time in connection with the murders directly. It was discovered that he had been the organizer of the killings and, in 2005, Killen was found guilty on three counts of manslaughter and sentenced to 60 years in prison.

Schwerner’s brutal and untimely death shined a light on the South’s racist practices. His commitment to his cause has also inspired countless people to stand up against racial segregation and other discriminatory policies. In 2014, Schwerner was posthumously awarded the Presidential Medal of Freedom for his contributions to the Civil Rights Movement.