Today is Grace Kelly’s 88th birthday.  When you realize that and that she died 34 years ago, you should feel robbed.  Robbed of having her around for the last three decades.  Naming your favorite Hitchcock Blonde is a bit like naming your favorite Hitchcock movie: they all have qualities that you adore, they all have scenes that take your breath away, and they all hold a piece of your heart. But deciding on which one is impossible. Grace, Ingred, Tippi, Kim, Eva Marie, Anne, Carole, Marlene, Janet, Doris? I will not name a favorite. Grace is one of them. There are scenes in Rear Window that are absolute perfection and have clung to the insides of my brain since I first viewed them in junior high.  The world is a better place because she was in it and still feels the loss that she has left.

BEST KNOWN FOR: A highly popular film actress in the 1950s, Grace Kelly starred in movies such as Dial M for Murder and To Catch a Thief. She married Prince Rainier III of Monaco.

Grace Patricia Kelly was an American actress who, in April 1956, married Rainier III, Prince of Monaco, to become Princess consort of Monaco, styled as Her Serene Highness The Princess of Monaco, and commonly referred to as Princess Grace.

After embarking on an acting career in 1950, at the age of 20, Grace Kelly appeared in New York City theatrical productions as well as in more than forty episodes of live drama productions broadcast during the early 1950s Golden Age of Television. In October 1953, with the release of Mogambo, she became a movie star, a status confirmed in 1954 with a Golden Globe Award and Academy Award nomination as well as leading roles in five films, including The Country Girl, in which she gave a deglamorized, Academy Award-winning performance. She retired from acting at 26 to enter upon her duties in Monaco. She and Prince Rainier had three children: Caroline, Albert, and Stéphanie. She also retained her American roots, maintaining dual US and Monégasque citizenships. 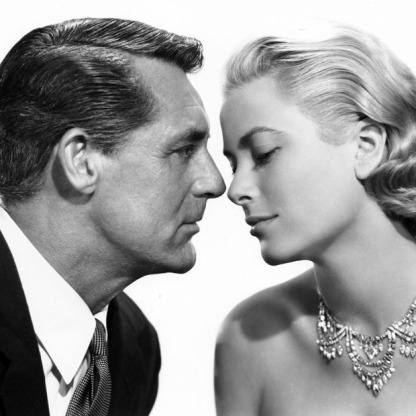 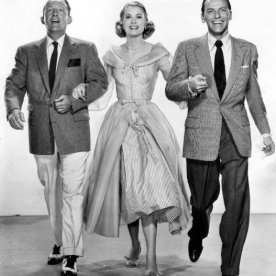 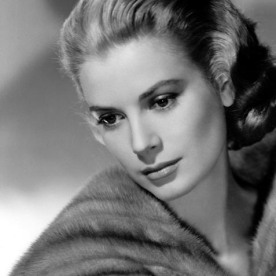 She died after suffering a stroke on September 14, 1982, when she lost control of her automobile and crashed. Her daughter, Princess Stéphanie, was in the car with her, and survived the accident.

In June 1999, the American Film Institute ranked her No.13 in their list of top female stars of American cinema.

In 1951, the newly famous Kelly took a bold stand against a racist incident involving Black American expatriate singer/dancer Josephine Baker, when Sherman Billingsley‘s Stork Club in New York refused Baker as a customer. Kelly, who was dining at the club when this happened, was so disgusted that she rushed over to Baker (whom she had never met), took her by the arm, and stormed out with her entire party, vowing never to return (and she never did). The two women became close friends after that night. A significant testament to their close friendship was made evident when Baker was near bankruptcy, and was offered a villa and financial assistance by Kelly (who by that time had become The Princess of Monaco) and her husband Rainier III of Monaco. The princess also encouraged Baker to return to performing and financed Baker’s triumphant comeback in 1975, attending the opening night’s performance. When Baker died, the Princess secured her burial in Monaco.