Today is the 296th birthday of Madame de Pompador, arguably one of the first fashion icons and one of the most influential women of the 18th century.  The world is a better place because she was in it and still feels the loss that she has left. 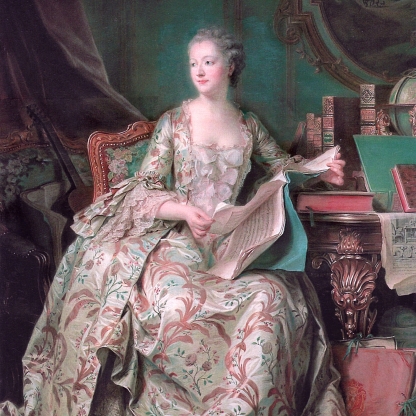 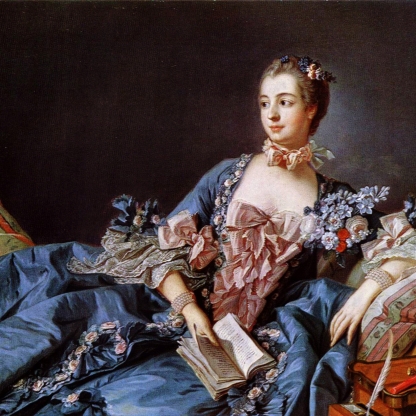 BEST KNOWN FOR: Madame de Pompadour became the mistress of French King Louis XV in the mid-1700s. She greatly influenced French culture during this time, including decorative arts, architecture and statecraft.

Jeanne-Antoinette Poisson, better known as Madame de Pompadour, was born sometime at the end of December in 1721 (the date is often fixed at December 29 because she was baptized in the church of Saint-Eustache on December 30 of that year). Her mother, Madeleine de La Motte, was known as a beauty; her father, François Poisson, a financier, fled the country a few years after her birth to avoid being put to death for fraud. François Poisson later returned, but during his absence, tax collector Charles Le Normant de Tournehem, who paid for Jeanne-Antoinette’s education, was frequently assumed to be her real father.

Jeanne-Antoinette was well-educated, first in an Ursuline convent, then with excellent private tutors in voice and elocution from the Parisian opera and theatre (she memorized entire plays). She was later educated at the Club de l’Entresol, an exclusively male political and economic think-tank.

At age 19, Tournehem married Jeanne-Antoinette off to his nephew, furnishing them with an opulent estate at Etoiles. She bore him two children, a son who died in infancy, and a daughter nicknamed “Fanfan.” Jeanne-Antoinette’s beauty, intelligence and passion for the arts led her to instigate “salons” that attracted a varied circle of painters, sculptors, philosophers and writers, including Voltaire.

Jeanne-Antoinette entered the glittering life of the court at the Clipped Yew Tree Ball in 1745. She dressed as a shepherdess, and was determined to meet the magnetic King Louis XV, adorned as the tree. When their paths crossed, their fates were sealed—her carriage was reportedly seen outside of his apartment the next morning.

Louis XV was moody, sometimes languishing in the shadow of his great-grandfather, Louis XIV, the “Sun King.” He was fond of his Polish queen (with whom he would have 10 children); he had been through several mistresses by this time, but “Madame de Pompadour”—a title that Jeanne-Antoinette was soon given, along with an estate—became his chief mistress within a year. Her “office” came with castle apartments beneath the king’s own, as well as an annual income.

A talented seductress, actress and singer, Madame de Pompadour dazzled Louis XV with lively theater productions that she organized and performed in. She also adored the king, so even after their sexual liaison had run its course, she continued to be his loyal companion, and was accorded unprecedented political influence.

So devoted was the king to Madame de Pompadour, he became the stepfather of Fanfan, rushing doctors to her side when she fell ill. Sadly, the little girl died before turning 10; Fanfan’s grandfather, who adored the child, died shortly afterward. Madame de Pompadour is said to have never recovered from the dual loss.

Louis XV and Madame de Pompadour shared an appreciation for architecture and other decorative arts, and of animals, amassing a menagerie that included monkeys, birds and more domestic constant companions: her little dog and his white angora cat. Madame de Pompadour’s romantic ardor waned first, and her maid reported that she lived on a diet of “vanilla, truffles and celery” to stimulate passions for the king.

Madame de Pompadour eventually provided substitutes for herself in the boudoir while engaging Louis XV’s passions in other areas; she had her brother appointed director of buildings and, together, the trio planned and built chateaux, pavilions and palaces, including the Petit Trianon in Versailles. Each construction included extravagant detail and decoration by France’s premier artists, such as painter Francois Boucher. Madame de Pompadour also kick-started the Sèvres porcelain factory, and employed the Rococo style copiously in art and decor; a deep pink popular in this décor became known as “Pompadour Pink.”

Additionally, Madame de Pompadour became a patron to men of science and letters, encouraging the king to hire Voltaire as the court historiographer, and championing the first French encyclopedia. Her personal library held more than 3,500 volumes.

Eventually, Madame de Pompadour was involved in everything from designing the Place de la Concorde in Paris, to court affairs and foreign policy. Careers rose and fell with her favor and she maintained her lofty position, despite many enemies at court, until her death in 1764.

Madame de Pompadour’s weakened health, from several miscarriages and a painful struggle with tuberculosis, brought about her death on Easter Day in 1764 (April 15, 1764), at the Palace of Versailles. She was buried two days later, beside her daughter at the Chapel of the Capuchin Friars in Place Vendome.

Considered one of the three most powerful women of the 18th century, along with Catherine the Great of Russia (Catherine II) and Maria Theresa of Austria, Madame de Pompadour certainly went through fortunes in her zeal for unique and beautiful surroundings. Her enemies blamed her for France’s failure in the Seven Years’ War and its subsequent economic shoals.

However, respect for her vibrant wit, varied interests and keen intelligence has given Madame de Pompadour a better reputation over the years. A British regiment became known as “The Pompadours” for using a shade of purple that is said to have been her favorite. Also named after her are flowers, kitten heels, the hairstyle known as “the Pompadour” and the starship SS Madame de Pompadour—a vessel in the British Dr. Who series; Madame de Pompadour is even portrayed in one episode of Dr. Who, “Girl in the Fireplace.” 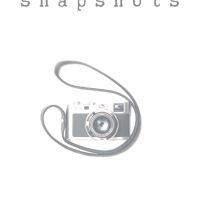 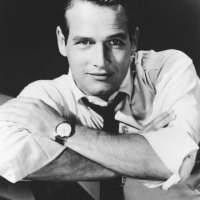