Today is the 122nd birthday of the author John Dos Passos.  I got to know his work through Hemingway and Fitzgerald.  His membership in the Lost Generation meant his boos were required reading for me.   As he aged, he retreated from his previous thoughts and beliefs and became much more politically conservative.  The world is a better place because he was in it and still feels the loss that he has left. 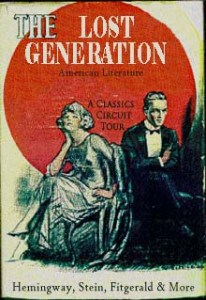 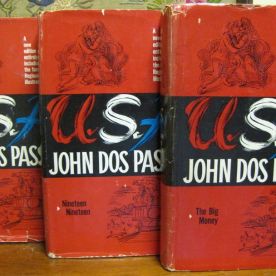 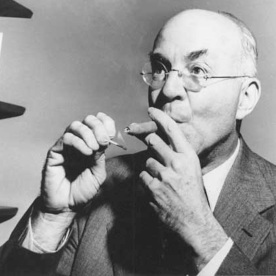 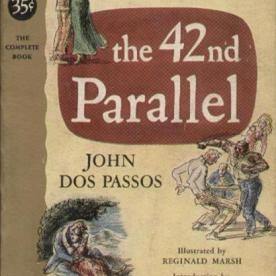 BEST KNOWN FOR:  John Dos Passos, American writer, one of the major novelists of the post-World War I “lost generation,” whose reputation as a social historian and as a radical critic of the quality of American life rests primarily on his trilogy U.S.A.

The son of a wealthy lawyer of Portuguese descent, Dos Passos graduated from Harvard University (1916) and volunteered as an ambulance driver in World War I. His early works were basically portraits of the artist recoiling from the shock of his encounter with a brutal world. Among these was the bitter antiwar novel Three Soldiers (1921).

Extensive travel in Spain and other countries while working as a newspaper correspondent in the postwar years enlarged his sense of history, sharpened his social perception, and confirmed his radical sympathies. Gradually, his early subjectivism was subordinated to a larger and tougher objective realism. His novel Manhattan Transfer (1925) is a rapid-transit rider’s view of the metropolis. The narrative shuttles back and forth between the lives of more than a dozen characters in nervous, jerky, impressionistic flashes.

The execution of the Anarchists Nicola Sacco and Bartolomeo Vanzetti in 1927 profoundly affected Dos Passos, who had participated in the losing battle to win their pardon. The crisis crystallized his image of the United States as “two nations”—one of the rich and privileged and one of the poor and powerless. U.S.A. is the portrait of these two nations. It consists of The 42nd Parallel (1930), covering the period from 1900 up to the war; 1919 (1932), dealing with the war and the critical year of the Treaty of Versailles; and The Big Money (1936), which races headlong through the boom of the ’20s to the bust of the ’30s. Dos Passos reinforces the histories of his fictional characters with a sense of real history conveyed by the interpolated devices of “newsreels,” artfully selected montages of actual newspaper headlines and popular songs of the day. He also interpolates biographies of such representative members of the establishment as the automobile maker Henry Ford, the inventor Thomas Edison, President Woodrow Wilson, and the financier J.P. Morgan. He further presents members of that “other nation” such as the Socialist Eugene V. Debs, the economist Thorstein Veblen, the labour organizer Joe Hill, and the Unknown Soldier of World War I. Yet another dimension is provided by his “camera-eye” technique: brief, poetic, personal reminiscences.

U.S.A. was followed by a less ambitious trilogy, District of Columbia (Adventures of a Young Man, 1939; Number One, 1943; The Grand Design, 1949), which chronicles Dos Passos’ further disillusion with the labour movement, radical politics, and New Deal liberalism. The decline of his creative energy and the increasing political conservatism evident in these works became even more pronounced in subsequent works. At his death at 74, his books scarcely received critical attention.