Today is the 109th birthday of Porfirio Rubirosa.  I am not sure if The Smiths wrote the song about him, but I would like to think they did. The world is a better place because he was in it and still feels the loss that he has left. 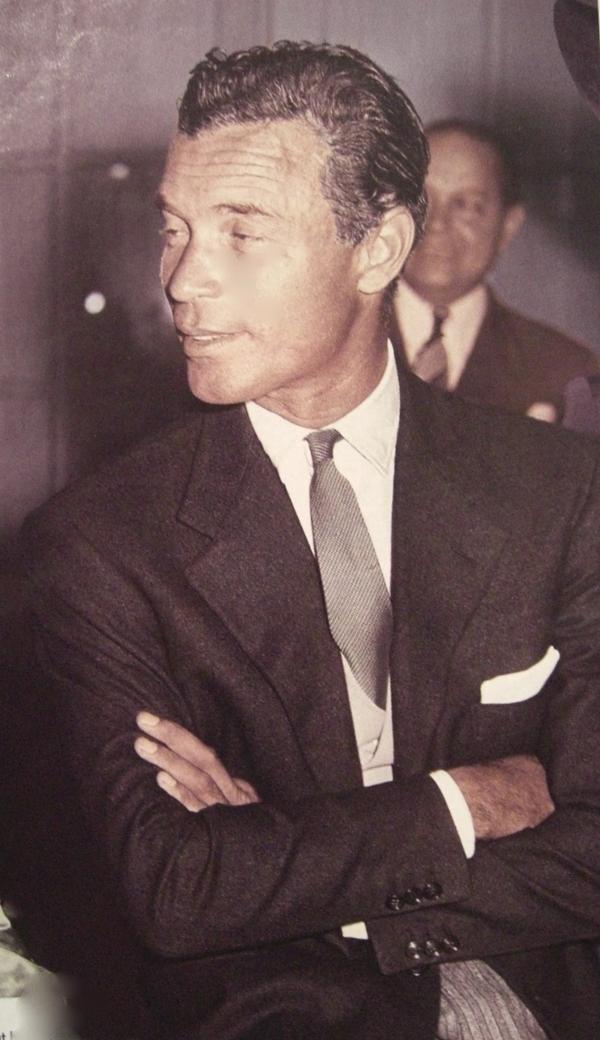 BEST KNOWN FOR: Dominican diplomat, race car driver, soldier and polo player. He was an adherent of the dictator Rafael Trujillo, and was also rumored to be a political assassin under his regime.

LAST OF THE FAMOUS INTERNATIONAL PLAYBOYS

Porfirio Rubirosa Ariza (January 22, 1909 – July 5, 1965) was a Dominican diplomat and adherent of Rafael Trujillo. He made his mark as an international playboy, for his jet setting lifestyle, and his legendary prowess with women.  Among his spouses were two of the richest women in the world.

Rubirosa was married five times, but never had any children. His wives were:

Why he’s a style icon

Porfirio Rubirosa is the archetypal man’s man. He drove Ferraris at Le Mans, was a champion polo player, flew fighter planes from the South of France to South America for fun, married the two wealthiest women in the world back to back, and set the bar for all other Latin lotharios. While he stood only 5’9″, it was his manhood that made him a legend and the most desired man on the planet. He often described himself as half diplomat (which he actually was, after being appointed to numerous positions by Dominican dictator Generalissimo Trujillo, who happened to be Rubirosa’s first father-in-law) and half gigolo. While he was far too much of a gentleman to make mention of his now-legendary endowment, it is said that this alone caused women the world over to literally drag him into closets, bathrooms and under tables for a sample of what had entranced so many of the most beautiful and powerful women. He never held a steady job, and his goal was never to make money — but rather to spend it. Luckily, when a man can lay claim to romancing Barbara Hutton (a Woolworth heiress), Doris Duke (heiress to a tobacco and energy fortune), Zsa Zsa Gabor, Jayne Mansfield, Ava Gardner, Eva Peron, and countless other wealthy and powerful women, money tends to fall into one’s lap. Even his ex-wives were getting in on the action, as it is rumored that Rubirosa’s second wife, famed French actress Danielle Darrieux, received $1 million from Doris Duke to consent to a divorce so that she could lay a claim to Rubi herself. Has a woman ever paid someone $1 million to get a chance with you? Didn’t think so. At the age of only 47, Rubi died the night his team had won the Coupe de France polo cup. He died when his Ferrari skidded off the road and into a tree, and the steering column went through his heart. A true romantic even in death.

Rubirosa didn’t just act the part of Latin lover, he dressed the part. He was famously seen wearing thin three-piece suits of the finest quality, often with double-breasted jackets. His style of dress was equally influenced by the Latin flair that ran through his veins and the smooth, subtle cool of the Riviera. If you want to emulate Rubi you must remember that despite his generous endowment, he was not a showman and not a braggart, so the look must be quietly confident. In essence, he’s a prime example of “walk softly but carry a big stick.” One way to look like Rubi is to find a pink-gold Rolex like the one mentioned in American Psycho, but an even easier way is to buy a suit from Argentinean boutique Etiqueta Negra, whose polo-inspired flair would have certainly been a favorite of Rubi’s.

World War II, Rubirosa became engaged in two major passions, polo and car racing, both expensive sports that would be supported in years to come by his American wives. He organized and led his own polo team Cibao-La Pampa that was an often successful contender for the Coupe de France cup. Rubirosa played polo until the end of his life. In the same period, Rubirosa started to acquire fast cars and form friendships with race car drivers. He would own a number of Ferraris. His first race at 24 Hours of Le Mans took place in June 1950 with his partner Pierre Leygonie, and his second race, this time with Innocente Baggio, was four years later; in both races his car did not finish. Rubirosa participated in a number of races at Sebring, all but once as a private entry.

Rubirosa died early in the morning on July 5, 1965, when he crashed his Ferrari 250 GT into a chestnut tree and the steering column went through his heart after an all-night celebration at the Paris nightclub “Jimmy’s” in honor of winning the Coupe de France polo cup.  A true romantic even in death.

Source: Porfirio Rubirosa: The Most Interesting Man In The World – Thrillist