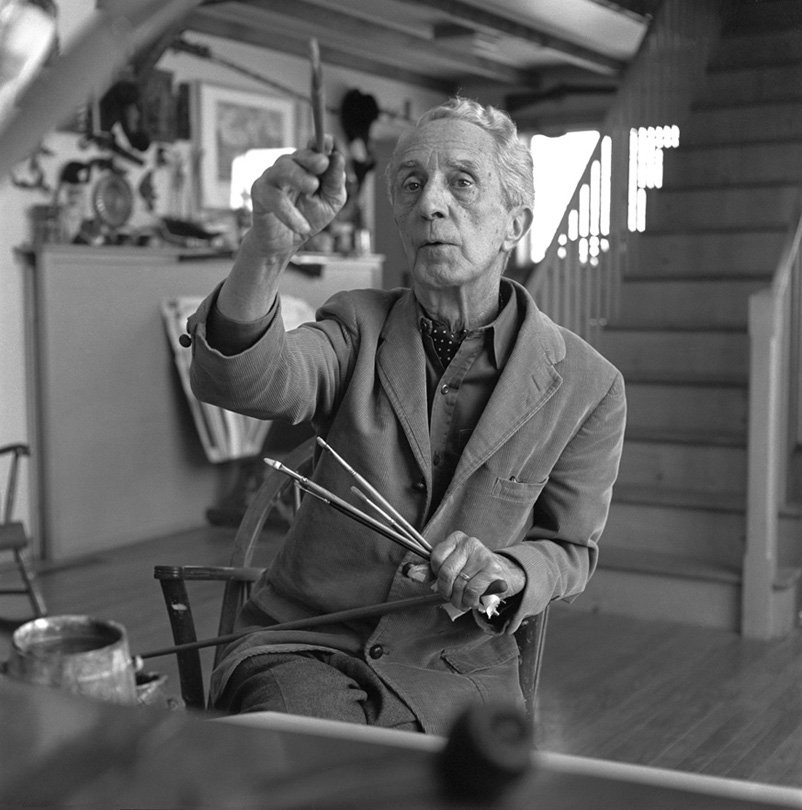 Today is the 124th birthday of the artist Norman Rockwell. His paintings are immediately recognizable, comforting, and a part of the American experience. He is the Fourth of July.  His works possess action and narrate a story, the viewer understands the situation depicted more than just the faces and objects, they understand the emotion. The world is a better place because he was in it and still feels the loss that he has left. 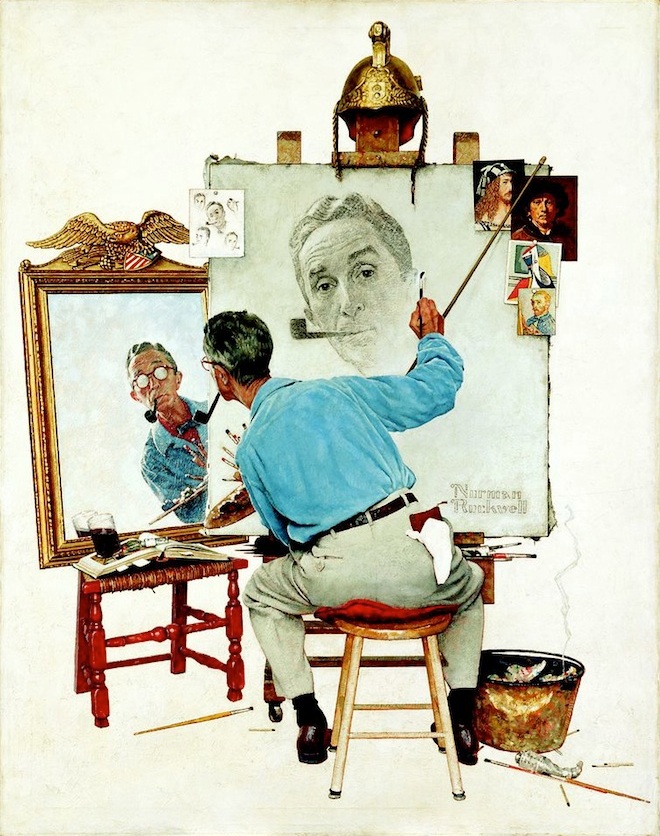 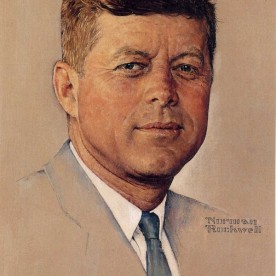 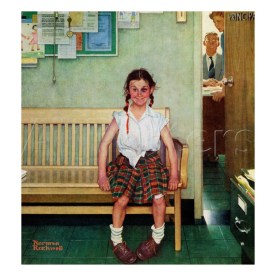 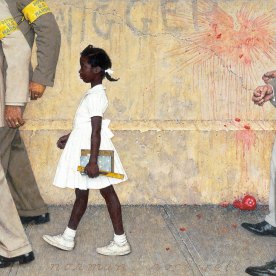 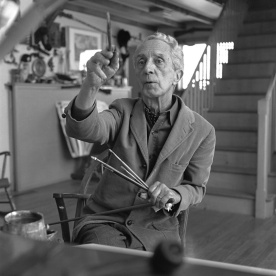 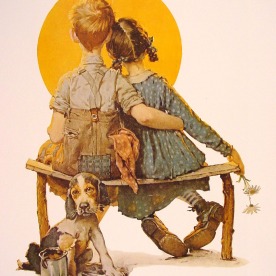 BEST KNOWN FOR: Norman Rockwell illustrated covers for The Saturday Evening Post for 47 years. The public loved his often-humorous depictions of American life.

Born Norman Percevel Rockwell in New York City on February 3, 1894, Norman Rockwell knew at the age of 14 that he wanted to be an artist, and began taking classes at The New School of Art. By the age of 16, Rockwell was so intent on pursuing his passion that he dropped out of high school and enrolled at the National Academy of Design. He later transferred to the Art Students League of New York. Upon graduating, Rockwell found immediate work as an illustrator for Boys’ Life magazine.

By 1916, a 22-year-old Rockwell, newly married to his first wife, Irene O’Connor, had painted his first cover for The Saturday Evening Post—the beginning of a 47-year relationship with the iconic American magazine. In all, Rockwell painted 321 covers for the Post. Some of his most iconic covers included the 1927 celebration of Charles Lindbergh‘s crossing of the Atlantic. He also worked for other magazines, including Look, which in 1969 featured a Rockwell cover depicting the imprint of Neil Armstrong’s left foot on the surface of the moon after the successful moon landing. In 1920, the Boy Scouts of America featured a Rockwell painting in its calendar. Rockwell continued to paint for the Boy Scouts for the rest of his life.

The 1930s and ’40s proved to be the most fruitful period for Rockwell. In 1930, he married Mary Barstow, a schoolteacher, and they had three sons: Jarvis, Thomas and Peter. The Rockwells relocated to Arlington, Vermont, in 1939, and the new world that greeted Norman offered the perfect material for the artist to draw from. Rockwell’s success stemmed to a large degree from his careful appreciation for everyday American scenes, the warmth of small-town life in particular. Often what he depicted was treated with a certain simple charm and sense of humor. Some critics dismissed him for not having real artistic merit, but Rockwell’s reasons for painting what he did were grounded in the world that was around him. “Maybe as I grew up and found the world wasn’t the perfect place I had thought it to be, I unconsciously decided that if it wasn’t an ideal world, it should be, and so painted only the ideal aspects of it,” he once said.

Still, Rockwell didn’t completely ignore the issues of the day. In 1943, inspired by President Franklin D. Roosevelt, he painted the Four Freedoms: Freedom of Speech, Freedom of Worship, Freedom from Want and Freedom from Fear. The paintings appeared on the cover of The Saturday Evening Post and proved incredibly popular. The paintings also toured the United States and raised in excess of $130 million toward the war effort. In 1953 the Rockwells moved to Stockbridge, Massachusetts, where Norman would spend the rest of his life.

Following Mary’s death in 1959, Rockwell married a third time, to Molly Punderson, a retired teacher. With Molly’s encouragement, Rockwell ended his relationship with the Post and began doing covers for Look. His focus also changed, as he turned more of his attention to the social issues facing the country. Much of the work centered on themes concerning poverty, race and the Vietnam War.

In the final decade of his life, Rockwell created a trust to ensure his artistic legacy would thrive long after his passing. His work became the centerpiece of what is now called the Norman Rockwell Museum in Stockbridge. In 1977—one year before his death—Rockwell was awarded the Presidential Medal of Freedom by President Jimmy Carter. He died at his home in Stockbridge, Massachussets, on November 8, 1978.