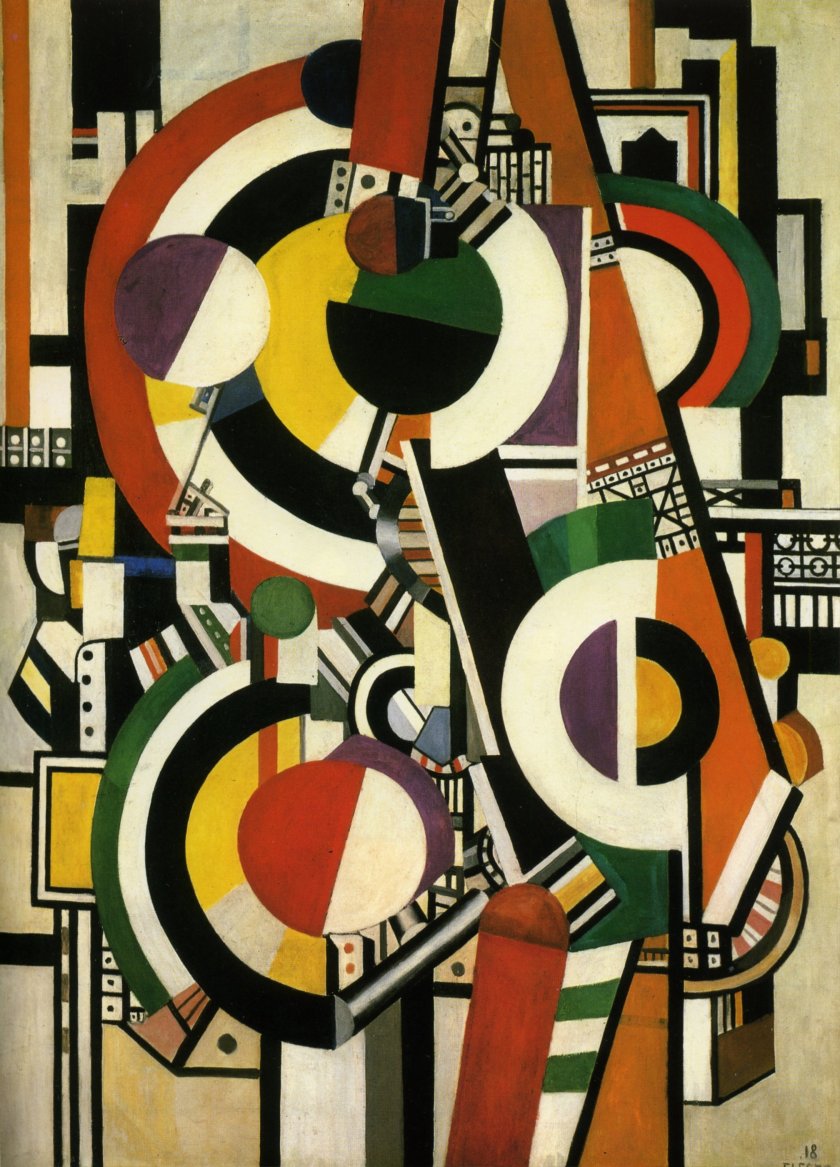 Today is the 137th birthday of the French artist Fernand Léger. His developed style of painting is distinctively his own. I see a combination of Picasso and Rivera cubism and the linear Art Deco formality. The world is a better place because he was in it and still feels the loss that he has left.

Fernand Léger was born to a peasant family in the rural town of Argentan, France, on February 4, 1881. Léger’s father was a cattle dealer who hoped his son would follow in his footsteps and choose what he deemed a practical trade. Although Léger was initially discouraged from becoming an artist, his father became supportive once he recognized Léger’s gift for drawing.

With his father’s approval, Léger enrolled in architecture school and accepted an apprenticeship under an architect in Caen. In 1901, upon completion of his two-year internship, Léger moved to Paris, France, where he worked as an architectural draftsman.

Wishing to further pursue his art education, Léger applied to the prestigious École des Beux-Arts and was unfortunately rejected.In 1903 he stated attending the Paris School of Decorative Arts instead, while also being unofficially mentored by two École des Beux-Arts professors who recognized his potential. Up until this point, Léger’s painting style blended Impressionism with Fauvism. In 1907 he attended a retrospective of Paul Cézanne’s work. From then on, Léger’s work took on more elements of Cubism, but with his own unique style of slicing forms into tubular cylinders, casually referred to as “tubism.”

In 1913, he started a series of abstract paintings called “Contrast of Forms.” A year later, he put his art career on hold to serve in the French army during World War I. In 1916, he was gassed at Verdun. Having incurred a head injury, he was sent home and hospitalized until 1917.

After the war, Léger continued to paint but also tried his hand at other mediums, including book illustrations and set and costume designs for the theater. In 1924, Léger ventured to make his first film, Ballet Mécanique. That same year, he opened his own school of modern art.

As Léger’s work matured in the 1920s and ’30s, he increasingly incorporated elements of modernism—particularly representations of machinery and human figures expressing speed and movement. His notable paintings from this period include “The Mechanic,” “Mona Lisa with Keys,” “Adam and Eve,” and “Composition with Two Parrots,” among others.

With the arrival of World War II, in 1940, Léger temporarily relocated to America. During this time, he produced a series of paintings called “Divers,” noted for its unique use of large patches of color that overlapped outlines to portrayed stylized figures of swimmers diving off docks in Marseille. This series was followed by two others also portraying human figures in motion: “Acrobats” and “Cyclists.” In 1946, Léger went back to France, where he revitalized his art school and became active in the Communist Party. In the 1950s, Léger’s work focused on the theme of the common man, and further expanded to include tapestry, pottery, stained glass and mosaics.