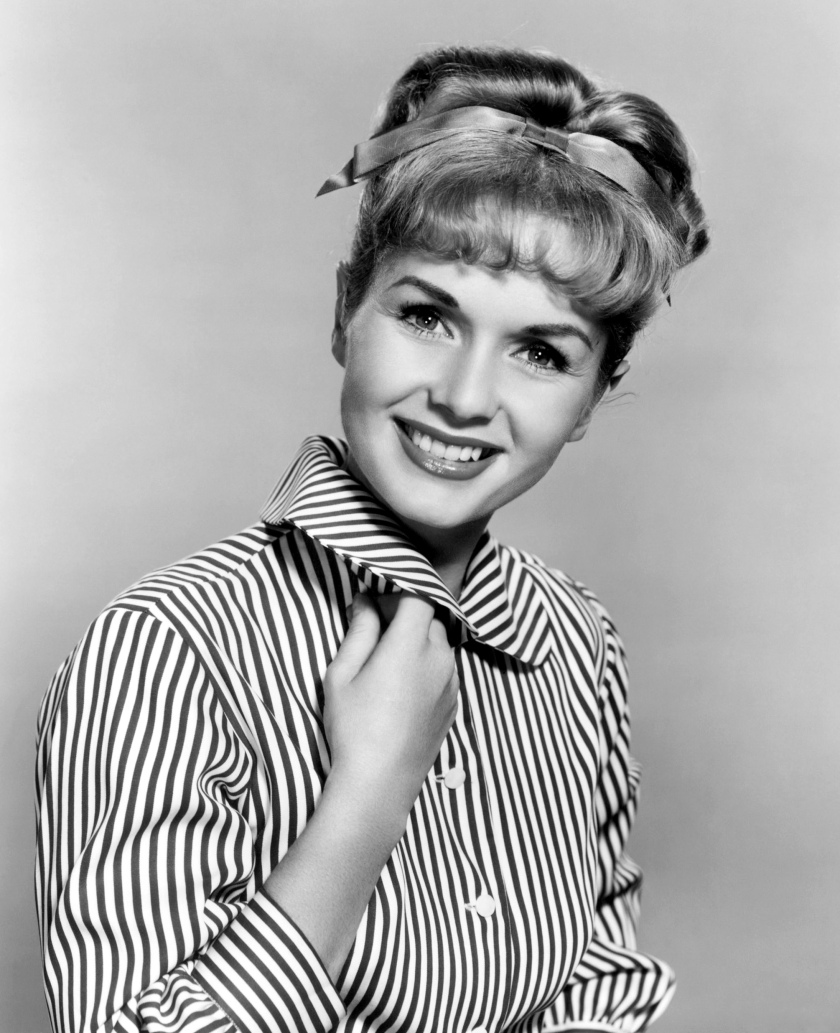 Today is the 86th birthday of the actress Debbie Reynolds. I love how she was out there working, doing what she loved for her whole life. The world is a better place because she was in it and still feels the loss that she has left.

BEST KNOWN FOR: Known for her boundless energy and pert demeanor, legendary actress Debbie Reynolds has made memorable turns in films like ‘The Tender Trap,’ ‘Singin’ in the Rain,’ ‘Tammy and the Bachelor’ and ‘The Unsinkable Molly Brown.’

Actress and singer Debbie Reynolds was born Mary Frances Reynolds on April 1, 1932, in El Paso, Texas. Reynolds, who got her start in beauty pageants before being discovered by a Warner Bros. film scout, made her cinematic debut in a modest part in 1948’s June Bride, followed by a more noticeable role in musical The Daughter of Rosie O’Grady (1950).

Signing with MGM later that year, she showcased her flair for impersonation in Three Little Words, in which she portrayed 1920s vocalist Helen Kane. Reynolds co-starred in the film with comedian Red Skelton and dance icon Fred Astaire, whom she would later call out as being supremely kind and helpful sharing his tips about dancing.

Known for her boundless energy and pert demeanor, Reynolds made her way with starring roles in a number of musicals, among them Two Weeks With Love (1950; opposite Ricardo Montalban), Skirts Ahoy! (1952), Give a Girl a Break (1953) and Hit the Deck (1955). The actress’s most famed turn was in Singin’ in the Rain (1952). At 19 years old, she starred opposite Gene Kelly and Donald O’Connor, shining in numbers such as “Good Morning” and “All I Do Is Dream of You.” Parts in other lighthearted projects followed, including The Affairs of Dobie Gillis (1953), Athena (1954) and The Catered Affair (1956).

In 1957, Reynolds secured a place at No. 1 on the pop charts with the sentimental ballad “Tammy” from the popular romantic film Tammy and the Bachelor, in which she starred opposite Leslie Nielsen. (The Tammy series continued in an number of sequels throughout the ’60s, with the title role played by Sandra Dee and then Debbie Watson.)

In the early 1960s, the actress appeared in more comedic outings, among them The Rat Race, co-starring with Tony Curtis as romantic leads, and The Pleasure of His Company, in which Reynolds was reunited with Astaire, who played her wealthy father. A couple of westerns were also in the mix, namely The Second Time Around (1961) and How the West Was Won (1962), a nearly three-hour outing with a star-studded cast that included Gregory Peck, Henry Fonda, Carolyn Jones and Eli Wallach.

In 1964, Reynolds further won more acclaim with her title role in The Unsinkable Molly Brown, for which she received an Academy Award nomination. The hit musical biopic followed the life of the famed unconventional lady of society and Titanic survivor. Reynolds was next seen in Goodbye Charlie (1964), once again paired with Curtis, which was followed by 1966’s The Singing Nun and 1967’s Divorce American Style. The latter project, a satire, co-starred Dick Van Dyke and was penned by Norman Lear and Robert Kaufman.

After starring in the short-lived television sitcom The Debbie Reynolds Show (1969) and the campy feature What’s the Matter With Helen? (1971), Reynolds did not act in films for an extended period of time, outside of voice-over work as the title character in the 1973 animated feature Charlotte’s Web. Instead, she turned toward stage work, spending the next few years performing in Las Vegas nightclubs and on Broadway, where she received a Tony Award nomination for the 1973 revival of Irene. In 1976, she also starred in a live musical revue at the Minskoff Theatre simply entitled Debbie.

After guest spots on TV shows like Alice, The Love Boat and Hotel, Reynolds returned to Broadway, where she replaced Lauren Bacall in the lead role of the musical version of Woman of the Year (1983). In 1989, Reynolds began to tour nationally with a stage production of The Unsinkable Molly Brown.

Reynolds returned to feature films in 1992, with a cameo appearance in The Bodyguard followed by a supporting role in Oliver Stone’s Heaven and Earth (1993). In 1996, she headlined her first film in 25 years when she was cast in the title role of Albert Brooks’s endearing comedy Mother, followed the next year by a part in In & Out. Reynolds later took on a recurring role on the hit NBC sitcom Will & Grace, for which she earned a guest actress Emmy nomination. Several roles later, the actress portrayed Liberace’s mother in the acclaimed HBO biopic Behind the Candelabra (2013), opposite Michael Douglas and Matt Damon.

In November 2015, Reynolds received the Jean Hersholt Humanitarian Award from the Academy of Motion Picture Arts and Sciences. With her granddaughter accepting the prize at a special ceremony, Reynolds was given the honor in connection to her work on issues around mental health as a co-founder of the organization The Thalians.

Reynold’s sunny film persona belied a life behind the scenes filled with personal ups and downs. In 1955, against the advice of Frank Sinatra, she wed singer Eddie Fisher, but was embroiled in a media scandal when it was revealed that he left the marriage for actress Elizabeth Taylor. Reynolds and Fisher had two children — Carrie, a writer and accomplished actress known for playing Princess Leia in Star Wars, and Todd, a filmmaker — before divorcing in 1959.

The following year, Reynolds married shoe mogul Harry Karl, who funded his gambling habit with most of her money. Burdened with his debt, Reynolds filed for divorce in 1973. In 1985, she wed real estate developer Richard Hamlett, who reputedly was also the source of significant financial turmoil; they divorced in 1996.

With anecdotes that highlight her trademark humor, Reynolds has published the autobiography Debbie: My Life (1988) along with Unsinkable: A Memoir (2013) and Make ‘Em Laugh: Short-Term Memories of Longtime Friends (2015).

Reynolds experienced a devastating loss when her 60-year-old daughter Carrie passed away on December 27, 2016, after suffering a massive heart attack. She posted a brief message following her daughter’s passing on Facebook: “Thank you to everyone who has embraced the gifts and talents of my beloved and amazing daughter. I am grateful for your thoughts and prayers that are now guiding her to her next stop. Love Carries Mother.”

A day after Carrie’s death, Reynolds was at her son Todd Fisher’s home in Beverly Hills to discuss her daughter’s funeral arrangements when she suffered a possible stroke, as reported by TMZ. She was rushed to Cedar Sinai hospital in Los Angeles and died there hours later. “She wanted to be with Carrie,” Todd Fisher told Variety. Reynolds was 84.

A private memorial was held for Carrie Fisher at her Beverly Hills home, which is located on a property she shared with Reynolds, on January 5, 2017. A funeral for Debbie Reynolds was held the following day at Forest Lawn Memorial Park in Los Angeles, where she was buried with some of Fisher’s ashes.

After Fisher and Reynolds’ memorials, Bright Lights, an HBO documentary about their relationship, aired on January 7, 2017. The film, which is directed by Alexis Bloom and Fisher Stevens, premiered at the 2016 Cannes Film Festival in May.