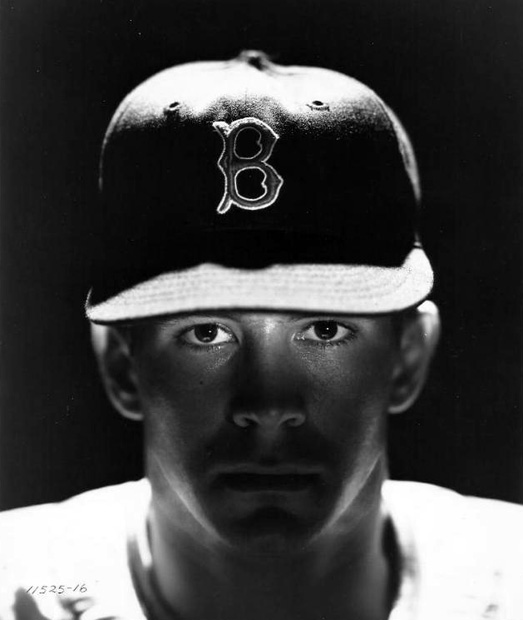 Today is the 86th birthday of the actor/director/singer Anthony Perkins.  You’ve obviously seen Psycho, but have you seen Pretty Poison or Murder on the Orient Express?  Those films will give you a more developed picture of his his talent and range.  Do yourself a favor and seek out a few other films, you will see that “that guy from Psycho” was actually more than just that.  The world was a better place because he was in it and still feels the loss that he has left.

BEST KNOWN FOR: Anthony Perkins is an Oscar-nominated stage and film actor who is best known for his role as Norman Bates in Alfred Hitchcock’s Psycho.

Anthony Perkins was born in New York City, New York on April 4, 1932, to Janet Rane and Osgood Perkins, an actor. The younger Perkins would eventually speak of having a tortured, emotionally strained relationship with his parents and feeling deep anguish over the death of his father when he was 5 years old.

At age 15, Perkins joined Actors Equity and began performing in stage productions, eventually attending Rollins College and Columbia University. He made his feature film debut in The Actress (1953), co-starring with Jean Simmons and Spencer Tracy, and went on to do television and stage work, earning praise for his Broadway debut in 1954’s Tea and Sympathy. Perkins began to establish himself as a singer, as well. 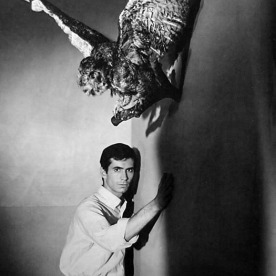 The lanky thespian returned to the big screen in the 1956 drama Friendly Persuasion portraying a young Quaker caught between his spiritual, pacifist upbringing and military obligation during the Civil War. Perkins earned a supporting actor Oscar nomination for the role, continuing to build performances noted for their sensitivity and genuineness.

In addition to starring in the westerns The Tin Star and The Lonely Man in 1957, Perkins garnered acclaim as a leading man in the film Fear Strikes Out. Here Perkins played Jimmy Piersall, a famed baseball player who suffers a devastating emotional breakdown.

At the close of the decade, Perkins took on more romantic fare in films like The Matchmaker (1958; with Shirley MacLaine) and Green Mansions (1959; with Audrey Hepburn), and earned a Tony Award nomination. Then, in 1960, he starred in what would become one of the most talked about horror films in cinematic history—Psycho, directed by Alfred Hitchcock. Co-starring with Janet Leigh and Vera Miles in the film, Perkins played Norman Bates, a seemingly helpful innkeeper with a sinister, sociopathic secret.

Typecasting from the Bates role would follow Perkins for years in American film circles, and he would relocate to Europe after receiving recognition at Cannes for his part in the Ingrid Bergman film Goodbye Again (1961). Perkins starred in several Europe-based films throughout the 1960s, including Orson Welles’s The Trial (1963), but would eventually return to American films.

His 1970s work included the mystery ensemble Murder on the Orient Express (1974), the drama Mahogany (1975; with Diana Ross) and the Disney sci-fi adventure The Black Hole (1979). He also co-wrote the 1973 film The Last of Sheila with Stephen Sondheim.

That same year, Perkins married Berry Berenson, with whom he would co-star in the films Remember My Name (1978) and Winter Kills (1979).

Then, from 1983 to 1990, Perkins reprised his Bates role and starred in three Psycho follow-ups, one of which he directed—1986’s Psycho III.

During the late 1980s, Perkins was diagnosed with HIV. Though he kept the news secret, he worked with Berenson for Project Angel Food, an organization that provides meals for individuals who are homebound due to HIV. On September 12, 1992, Perkins died from AIDS-related pneumonia at his home in Hollywood, California. He was survived by his wife and sons Osgood and Elvis. Osgood later chose to follow in his father’s footsteps, pursuing acting.

Perkins was portrayed by British actor James D’Arcy in the 2012 film Hitchcock. Perkins’s Psycho role continues to live on, as well—in the 2013 cable series Bates Motel, which looks at the fictional innkeeper’s life before the events of the famous film.