Today is the 277th birthday of the American portrait artist Charles Willson Peale. You have seen his art and may not have known the name of the artist. His work helped chronicle major historical figures and events at the formation of the United States. The world is a better place because he was in it and still feels the loss that he has left. 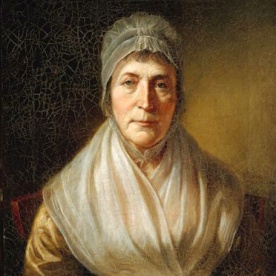 BEST KNOWN FOR: Charles Willson Peale was an American painter best known as one of the most prolific artists in the late 18th and early 19th centuries. He painted more than a dozen heroic portraits of George Washington.

Charles Willson Peale, was an American painter best remembered for his portraits of the leading figures of the American Revolution and as the founder of the first major museum in the United States.

As a young man, Peale worked as a saddler, watchmaker, and silversmith. His career in art began when he exchanged a saddle for a few painting lessons from John Hesselius. Peale’s interest in art was heightened when he met and received advice from the well-respected portrait painter John Singleton Copley. In 1766 a group of Maryland patrons sent him to London, where he studied for three years with American expatriate painter Benjamin West.

Upon his return to America, Peale immediately became the most fashionable portrait painter of the middle colonies. He moved to Philadelphia in 1775, entered wholeheartedly into the Revolutionary movement, and served with the city militia in the Trenton-Princeton campaign. From 1779 to 1780 he represented the “Furious Whig” party in the Pennsylvania Assembly, an activity that damaged his professional career. He opened a portrait gallery of Revolutionary heroes in 1782 and in 1786 founded an institution intended for the study of natural law and display of natural history and technological objects. Known as Peale’s Museum (later known as the Philadelphia Museum), it fulfilled Peale’s objective to make wide-ranging collections democratically accessible. The museum grew to vast proportions and was widely imitated by other museums of the period and later by P.T. Barnum. Located in Independence Hall, the museum was a mélange of Peale’s paintings, curious gadgets, minerals, and stuffed animals. Its most celebrated exhibit was the first complete skeleton of an American mastodon, which was unearthed in 1801 on a New York farm. Peale, who had accompanied the archaeological expedition, chronicled the excavation in his painting Exhuming the Mastodon (1806). In 1812 the museum was relocated to Baltimore, Maryland, and Peale relinquished its directorship to his son Rubens.

In his long life, Peale painted about 1,100 portraits, including sitters such as George Washington, Benjamin Franklin, Thomas Jefferson, and John Adams. Crisply outlined and firmly modeled, his portraits reflected the Neoclassical style developed in France by Jacques-Louis David. His seven life portraits of Washington from actual sittings were repeated many times by himself and other painters of his family. In 1812 Peale wrote “An Essay to Promote Domestic Happiness,” a tract that scholars today believe may have influenced many of his portrait compositions, in which family members touch intimately and are posed in a relaxed, informal manner. Peale was a master of trompe l’oeil painting; his The Staircase Group (1795), a life-sized double portrait of his sons Raphaelle and Titian, intentionally framed in a real door jamb and with a projecting bottom step, is said to have deceived George Washington into doffing his hat to the boys’ images. Peale’s brother James and his sons Raphaelle, Rembrandt, Rubens, and Titian were also painters.