Today is the 125th birthday of the silent film actor Harold Lloyd. The world is a better place because he was in it and still feels the loss that he has left. 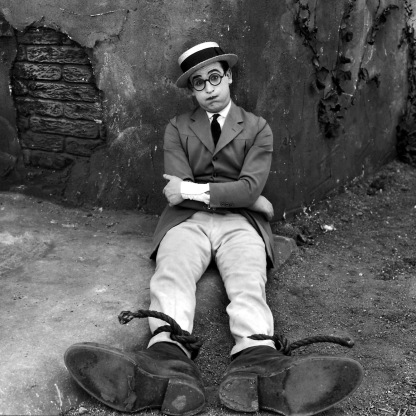 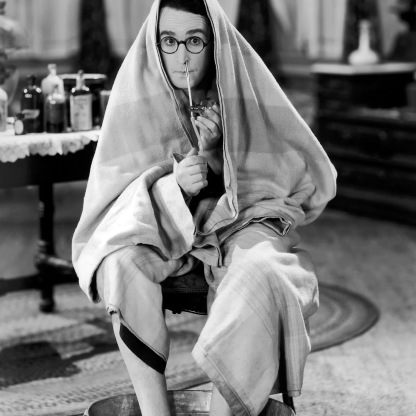 Harold Lloyd, motion-picture comedian who was the highest paid star of the 1920s and one of the cinema’s most popular personalities.

The son of an itinerant commercial photographer, Lloyd finally settled in San Diego, Calif., where in 1913 he started playing minor parts in one-reel comedies. He mastered the art of the comic chase in the short time he was a member of Mack Sennett’s Keystone comedy troupe. In 1915 Lloyd joined the new acting company formed by Hal Roach, a former actor who had turned producer. During this period he experimented with a comic character, the bewhiskered Willie Work. The most consistently successful of his early films, however, were those of the Lonesome Luke series. Beginning with Just Nuts (1915), Luke quickly became a popular U.S. screen character.

By 1918 the figure of the ordinary white-faced man in round glasses had replaced Luke as Lloyd’s screen trademark. He developed his humour from plot and situation and was the first comedian to use physical danger as a source of laughter. Lloyd performed his own stunts and was known as the screen’s most daring comedian. In Safety Last! (1923), an outstanding success, he hung from the hands of a clock several stories above a city street; in Girl Shy (1924) he took a thrilling ride atop a runaway streetcar; in The Freshman (1925), one of the most successful of all silent pictures, he stood in for the football tackling dummy.

Lloyd’s peak of popularity was reached during the period of silent films, when emphasis was on visual rather than verbal humour, although he made many films after the coming of sound. His last was Mad Wednesday (1947). He was honored with a special Academy Award in 1952 for his contribution to motion-picture comedy. In 1962 Lloyd released Harold Lloyd’s World of Comedy, a compilation of scenes from his old movies, and Harold Lloyd’s Funny Side of Life. The reception given to both demonstrated the timelessness of Lloyd’s silent comedy.