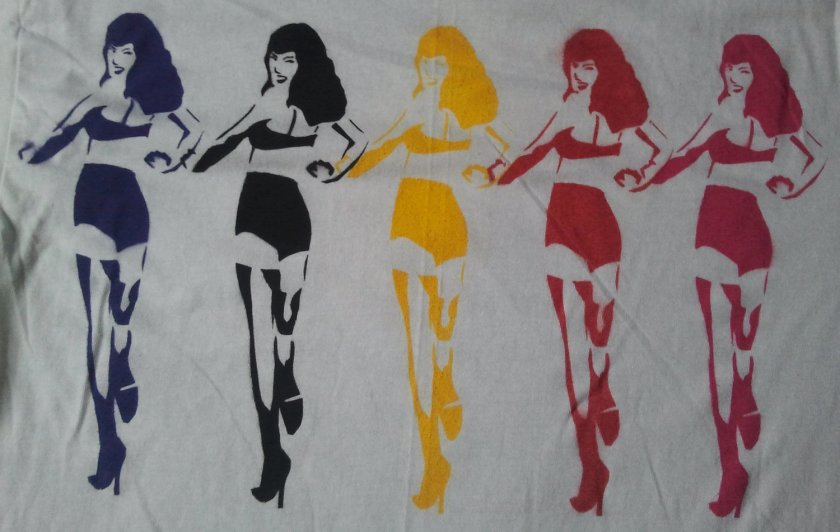 Today is the 95th birthday of Bettie Page.  Finding a G-rated photograph of her is more difficult than I had originally thought, so I decided to post some of the amazing Bettie Page inspired art that is out there.  The world is a better place because she was in it and still feels the loss that she has left. 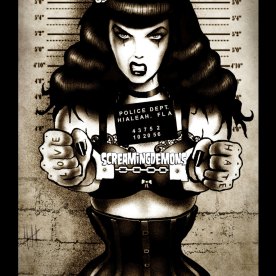 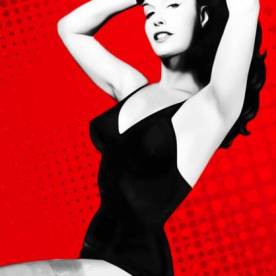 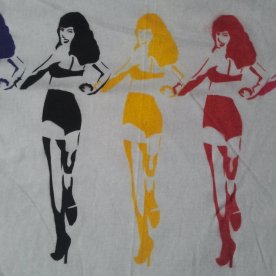 BEST KNOWN FOR: Bettie Page was a Playboy pin-up model and sex symbol of the 1950s. Her straight black bangs and innocent, playful attitude made her a fashion icon.

Bettie Mae Page was born on April 22, 1923, in Nashville, Tennessee. The second of six children, Page was frequently placed in an orphanage with her sisters while her single mother worked to save money. A hard-working student, Page graduated at the top of her high school class at Peabody College. She married Billy Neal in 1943, and the couple moved to San Francisco, California, where Page launched her modeling career.

After divorcing Billy in 1947 and moving to New York, Bettie Page worked with a photographer to produce the first of many pin-up calendars. Within months, she was posing for national magazines, including the centerfold of January 1955’s Playboy.

With her deep blue eyes and raven black hair with signature short bangs, Page became more than a model—she was a living icon. She dabbled in acting, but her success was primarily in modeling. She moved to Florida to work with several influential photographers and married her second husband, Armond Walterson, in 1958. A third marriage to Harry Lear would also end in divorce.

In the 1960s, Bettie Page mysteriously disappeared from the limelight and was said to have suffered from severe mental problems. Two films have been created about her life: 2004’s Bettie Page: Dark Angel starring Paige Richards and 2005’s The Notorious Bettie Page, with Gretchen Mol.

The 1950s pin-up queen died on December 11, 2008, in Los Angeles, California. Though she retreated from the public eye to live a private life with her family, Bettie Page’s legend remains as strong as ever.