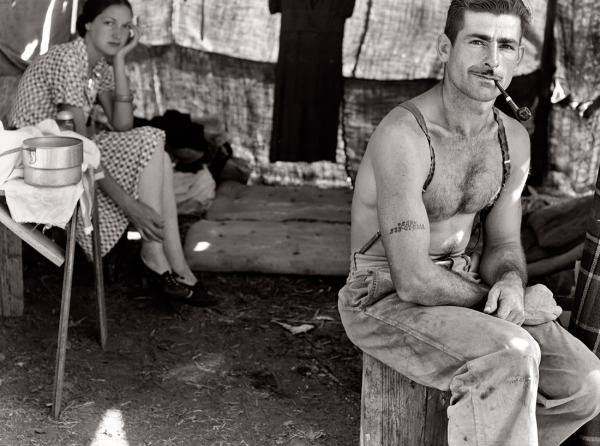 Today is the 123rd birthday of one of the world’s most recognizable photographers:  Dorothea Lange.  The images that she captured of the dustbowl during the Great Depression change politics and  policies and the hearts and minds of anyone fortunate enough to view them.  The world is a better place because she was in it and still feels the loss that she has left.

Best Known For:  Dorothea Lange was a photographer whose portraits of displaced farmers during the Great Depression greatly influenced later documentary photography.

One of the preeminent and pioneering documentary photographers of the 20th century, Dorothea Lange was born Dorothea Nutzhorn on May 26, 1895, in Hoboken, New Jersey. Her father, Heinrich Nutzhorn, was a lawyer, and her mother, Johanna, stayed at home to raise Dorothea and her brother, Martin.

When she was 7, Dorothea contracted polio, which left her right leg and foot noticeably weakened. Later, however, she’d feel almost appreciative of the effects the illness had on her life. “[It] was the most important thing that happened to me, and formed me, guided me, instructed me, helped me and humiliated me,” she said.

Just before Dorothea reached her teen years, her parents divorced. Dorothea grew to blame the separation on her father and eventually dropped his surname and took her mother’s maiden name, Lange, as her own.

One should really use the camera as though tomorrow you’d be stricken blind.

Art and literature were big parts of Lange’s upbringing. Her parents were both strong advocates for her education, and exposure to creative works filled her childhood.

Following high school, Lange, who’d never shown much interest in academics, decided to pursue photography as a profession. She studied the art form at Columbia University, and then, over the next several years, cut her teeth as an apprentice, working for several different photographers, including Arnold Genthe, a leading portrait photographer.

By 1918, Lange was living in San Francisco and soon running a successful portrait studio. With her husband, muralist Maynard Dixon, she had two sons and settled into the comfortable middle-class life she’d known as a child.

Lange’s first real taste of documentary photography came in the 1920s when she traveled around the Southwest with Dixon, mostly photographing Native Americans. With the onslaught of the Great Depression in the 1930s, she trained her camera on what she started to see in her own San Francisco neighborhoods: labor strikes and breadlines.

In the early 1930s, Lange, mired in an unhappy marriage, met Paul Taylor, a university professor and labor economist. Their attraction was immediate, and by 1935, both had left their respective spouses to be with each other.

Over the next five years, the couple traveled extensively together, documenting the rural hardship they encountered for the Farm Security Administration, established by the U.S. Agriculture Department. Taylor wrote reports, and Lange photographed the people they met. This body of work included Lange’s most well-known portrait, “Migrant Mother,” an iconic image from this period that gently and beautifully captured the hardship and pain of what so many Americans were experiencing.

The work now hangs in the Library of Congress.

As Taylor would later note, Lange’s access to the inner lives of these struggling Americans was the result of patience and careful consideration of the people she photographed. “Her method of work,” Taylor later said, “was often to just saunter up to the people and look around, and then when she saw something that she wanted to photograph, to quietly take her camera, look at it, and if she saw that they objected, why, she would close it up and not take a photograph, or perhaps she would wait until… they were used to her.”

In 1940, Lange became the first woman awarded a Guggenheim fellowship.

Following America’s entrance into World War II, Lange was hired by the Office of War Information (OWI) to photograph the internment of Japanese Americans. In 1945, she was employed again by the OWI, this time to document the San Francisco conference that created the United Nations.

While she battled increasing health problems over the last two decades of her life, Lange stayed active. She co-founded Aperture, a small publishing house that produces a periodical and high-end photography books. She took on assignments for Life magazine, traveling through Utah, Ireland and Death Valley. She also accompanied her husband on his work-related assignments in Pakistan, Korea and Vietnam, among other places, documenting what she saw along the way.

Lange passed away from esophageal cancer in October 1965.

While Lange sometimes grew frustrated that her work didn’t always provoke society to correct the injustices she documented, her photography has endured and greatly influenced generations of documentary photographers.