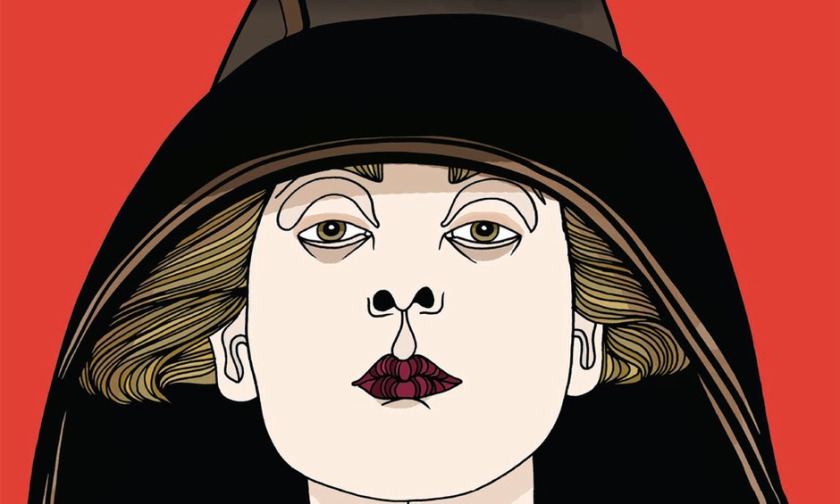 Today is the 141st birthday of the woman widely recognized as the mother of Modern Dance:  Isadora Duncan.  The world is a better place because she was in it and still feels the loss that she has left. 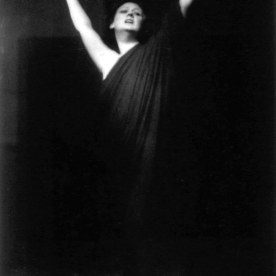 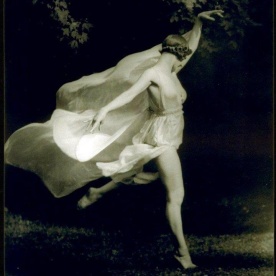 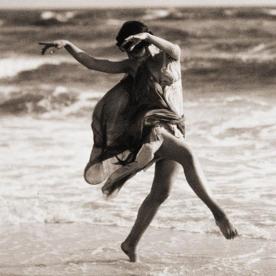 BEST KNOWN FOR:  Isadora Duncan was a dancer who taught and performed in a new and less restrictive form. Many regard her as the mother of modern dance.

Although Duncan’s birth date is generally believed to have been May 27, 1878, her baptismal certificate, discovered in San Francisco in 1976, records the date of May 26, 1877. Duncan was one of four children brought up in genteel poverty by their mother, a music teacher. As a child she rejected the rigidity of the classic ballet and based her dancing on more natural rhythms and movements, an approach she later used consciously in her interpretations of the works of such great composers as Brahms, Wagner, and Beethoven. Her earliest public appearances, in Chicago and New York City, met with little success, and at the age of 21 she left the United States to seek recognition abroad. With her meagre savings she sailed on a cattle boat for England.

At the British Museum her study of the sculptures of ancient Greece confirmed the classical use of those dance movements and gestures that hitherto instinct alone had caused her to practice and upon a revival of which her method was largely founded. Through the patronage of the celebrated actress Mrs. Patrick Campbell, she was invited to appear at the private receptions of London’s leading hostesses, where her dancing, distinguished by a complete freedom of movement, enraptured those who were familiar only with the conventional forms of the ballet, which was then in a period of decay. It was not long before the phenomenon of a young woman dancing barefoot, as scantily clad as a woodland nymph, crowded theatres and concert halls throughout Europe. During her controversial first tour of Russia in 1905, Duncan made a deep impression on the choreographer Michel Fokine and on the art critic Serge Diaghilev, who as impresario was soon to lead a resurgence of ballet throughout western Europe. Duncan toured widely, and at one time or another she founded dance schools in Germany, Russia, and the United States, though none of these survived. 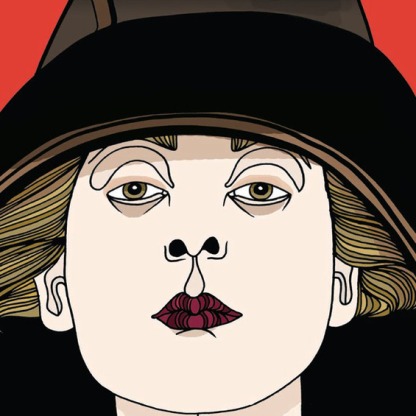 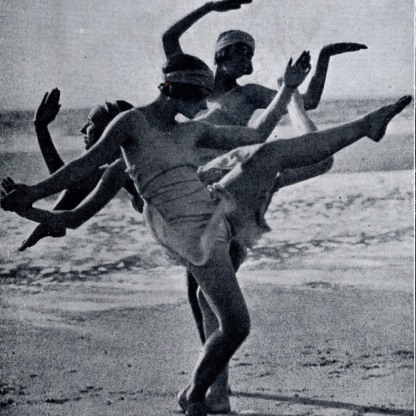 Her private life, quite as much as her art, kept her name in the headlines owing to her constant defiance of social taboos. The father of her first child, Deirdre, was the stage designer Gordon Craig, who shared her abhorrence of marriage; the father of her second child, Patrick, was Paris Singer, the heir to a sewing machine fortune and a prominent art patron. In 1913 a tragedy occurred from which Duncan never really recovered: the car in which her two children and their nurse were riding in Paris rolled into the Seine River and all three were drowned. In an effort to sublimate her grief she was about to open another school when the advent of World War I put an end to her plans. Her subsequent tours in South America, Germany, and France were less successful than before, but in 1920 she was invited to establish a school of her own in Moscow. To her revolutionary temperament, the Soviet Union seemed the land of promise. There she met Sergey Aleksandrovich Yesenin, a poet 17 years younger than she, whose work had won him a considerable reputation. She married him in 1922, sacrificing her scruples against marriage in order to take him with her on a tour of the United States. She could not have chosen a worse time for their arrival. Fear of the “Red Menace” was at its height, and she and her husband were unjustly labeled as Bolshevik agents. Leaving her native country once more, a bitter Duncan told reporters: “Good-bye America, I shall never see you again!” She never did. There followed an unhappy period with Yesenin in Europe, where his increasing mental instability turned him against her. He returned alone to the Soviet Union and, in 1925, committed suicide.

During the last years of her life Duncan was a somewhat pathetic figure, living precariously in Nice on the French Riviera, where she met with a fatal accident: her long scarf became entangled in the rear wheel of the car in which she was riding, and she was strangled. Her autobiography, My Life, was published in 1927 (reissued 1972).

Isadora Duncan was acclaimed by the foremost musicians, artists, and writers of her day, but she was often an object of attack by the less broad-minded. Her ideas were too much in advance of their time, and she flouted social conventions too flamboyantly to be regarded by the wider public as anything but an advocate of “free love.” Certainly her place as a great innovator in dance is secure: her repudiation of artificial technical restrictions and reliance on the grace of natural movement helped to liberate the dance from its dependence on rigid formulas and on displays of brilliant but empty technical virtuosity, paving the way for the later acceptance of modern dance as it was developed by Mary Wigman, Martha Graham, and others.

Isadora Duncan’s life has been portrayed most notably in the 1968 film, Isadora, starring Vanessa Redgrave. Vivian Pickles played her in Ken Russell’s 1966 biopic for the BBC, which was subtitled ‘The Biggest Dancer in the World’ and introduced by Duncan’s biographer, Sewell Stokes.

Most notably, Duncan was the subject of a ballet, Isadora, written and choreographed in 1981 by the Royal Ballet‘s Kenneth MacMillan, and performed at Covent Garden.[17] When She Danced, a stage play about Duncan’s later years by Martin Sherman, won the 1991 Evening Standard Award (best actress) for Vanessa Redgrave. A Hungarian musical based on this play was produced in Budapest in 2008.

And Then There’s Maude, the theme song to the 1970s American TV sitcom Maude contains a reference to Duncan with the line “Isadora was a bra burner.”

In his song Salome, British singer Pete Doherty makes a reference to Isadora Duncan by saying: “As she dances and demands, the head of Isadora Duncan on a plate”.

2003 in “How to Lose a Guy in 10 Days”, the necklace Andie wears is named after Isadora Duncan

In a deleted scene of Titanic (1997), Rose talks about her dreams, saying “I don’t know what it is, whether I should be an artist or a sculpter or a, I don’t know, a dancer like Isadora Duncan, or wild pagan spirit!”