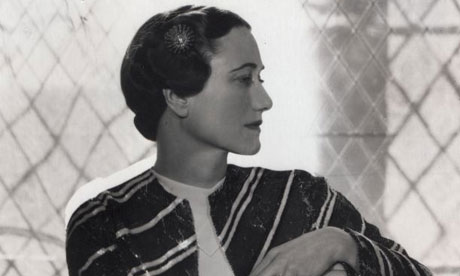 Today is the 122nd birthday of Wallis Simpson.  The king gave up the throne for her.  Her style remained impeccable for her entire life.  Have you seen W.E.?  Brilliant.  The world was a better place because she was in it and still feels the loss that she has left. 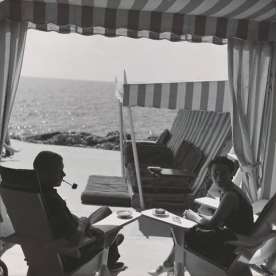 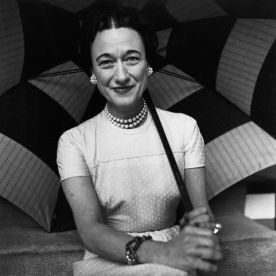 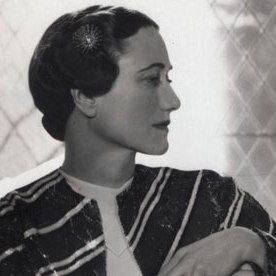 Best Known For:  American socialite Wallis Simpson became the mistress of Edward, Prince of Wales. Edward abdicated the throne to marry her, a period known as the Abdication Crisis.

Wallis Simpson was born Bessie Wallis Warfield on June 19, 1896, in Blue Ridge Summit, Pennsylvania. The daughter of Baltimoreans Teackle Wallis Warfield and Alice Montague, Wallis dropped her first name during her youth. Her father died of tuberculosis when she was a baby, and Wallis and her mother became dependent on the charity of Wallis’s Uncle Warfield. Wallis became the poor relation, which led to an insecurity that followed her into adulthood. Uncle Warfield paid for Wallis to attend Oldfields School, the most expensive girls’ school in Maryland, where she was at the top of her class and was known for always being immaculately dressed.

In 1916, Wallis met Earl Winfield Spencer Jr., a U.S. Navy aviator. The couple married six months later. Win, as her husband was known, was an alcoholic, and in the course of their marriage was stationed in San Diego, Washington, D.C., and China. He and Wallis would be separated for months at a time. When their marriage began to break down, Wallis spent what she called her “lotus year” in China, traveling alone. Win and Wallis divorced in 1927. Wallis then married Ernest Aldrich Simpson, an English-American shipping executive. They wed in London and moved into a large flat with several servants.

Around this same time, Wallis met Lady Furness, then the mistress of Edward, Duke of Windsor (then known as the Prince of Wales), and on January 10, 1931, Wallis was introduced to the Prince of Wales at an event at Burrough Court. The prince later remembered that Wallis had a cold that night and was not at her best.

In January 1934, Wallis became Prince Edward’s mistress. He denied this to his family, who were outraged at his behavior, but by 1935 she had been presented at court and the couple had vacationed in Europe multiple times together.

On January 20, 1936, George V died, and Edward ascended the throne. It had become clear that Edward planned to marry Wallis as soon as she divorced Simpson. This caused a scandal in Britain that is now known as the “abdication crisis.” The consensus from the Church of England and the conservative British establishment was that Edward could not marry a divorced woman who still had two living ex-husbands. The king’s ministers also disapproved, finding Wallis’s behavior unacceptable. Britons were reluctant to accept an American as queen. During this time, Wallis fled to France to avoid the heavy press coverage.

On December 5, 1936, after Edward was told that could not keep the throne and marry Wallis, he decided to abdicate.

On December 11, 1936, Edward made a BBC broadcast, saying he could not do his job as king without the support of “the woman I love.” In May of the following year, Wallis’s divorce was made final, and on June 3, 1937, she became the Duchess of Windsor.

Wallis and Edward referred to themselves as “W.E.”—their initials, but also a dig at the royal “we,” which refers to a person in high office using a plural pronoun rather than a singular one to refer to him- or herself. Subversive and playful, their nickname reflects their relationship. Wallis had charisma and sex appeal. She was famous for her wit and her style. Though seemingly unimportant, Wallis played a cataclysmic role in the future of the British monarchy.