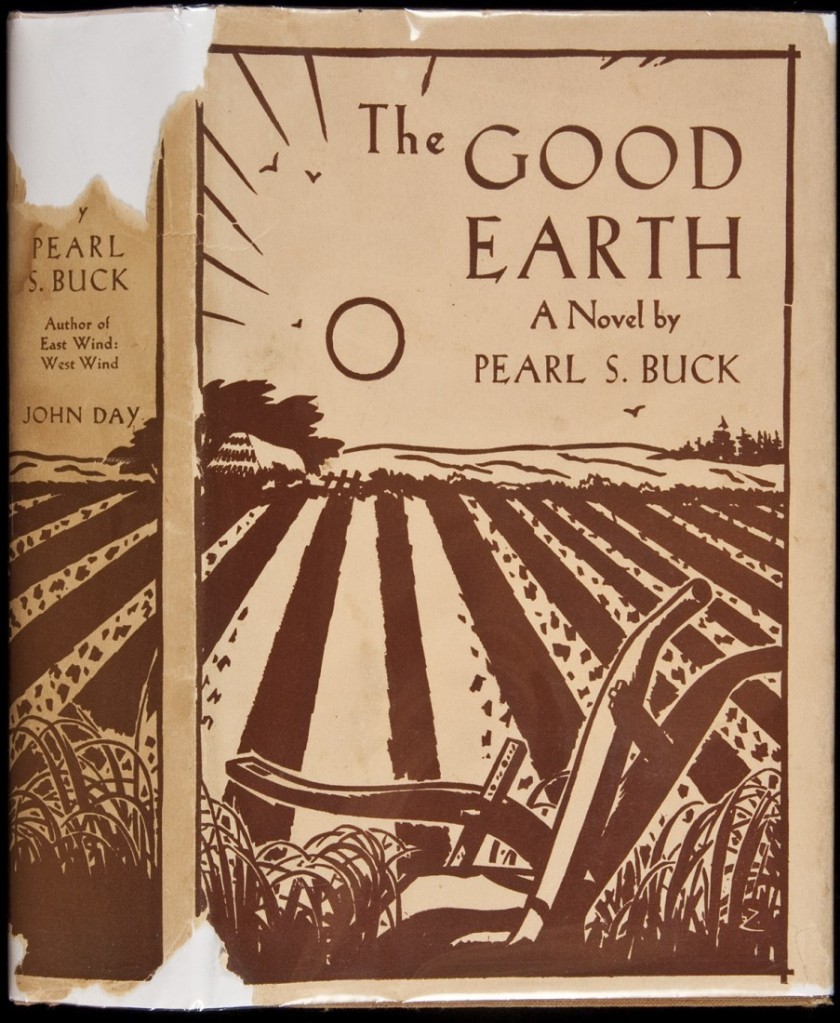 Today is the 126th of the author and Nobel Prize Winner Pearl S. Buck.  Her stories stand the test of time and help define an era.  Her life story alone is enough to become fascinated by her and want to know more.  Do yourself a favor and read some of her work this summer.  The world is a better place because she was in it and still feels the loss because she has left. 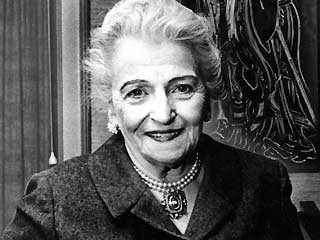 BEST KNOWN FOR: Pearl S. Buck was the first American woman to be awarded the Nobel Prize in Literature. Her novel The Good Earth won the Pulitzer in 1932.

Today is the birthday of novelist Pearl S. Buck, born in Hillsboro, West Virginia (1892). Her parents were Christian missionaries in China who returned to America for Pearl’s birth. But when she was three months old, they headed back to China. Buck’s father, Absalom, was a fundamentalist Presbyterian preacher — and a distant father. In many of the villages where he traveled, he was the first white person the villagers had ever seen, and they were put off by him. They were unimpressed by his fire-and-brimstone sermons, and he estimated that he converted about 10 people over the course of 10 years. Still, he kept trying. Pearl’s mother, Caroline, resented being so far from her home in West Virginia. She tried her best to keep the mud walls and floors of their hut clean, and she planted American flowers everywhere. Finally, when Pearl was four, she told her husband that they were moving to a city or she was going home. So they moved to the city of Zhenjiang, but all they could afford there were three crowded rooms in an apartment in one of the poorest sections of the city, a district full of prostitutes and drug addicts. Absalom and Caroline receive a small stipend for their work as missionaries, but Absalom squandered much of the family’s budget on his pet project: translating the New Testament into Chinese. He spent 30 years working on it. Buck wrote: “He printed edition after edition, revising each to make it more perfect, and all her life [my mother] went poorer because of the New Testament. It robbed her of the tiny margin between bitter poverty and small comfort.“

Chinese was Buck’s first language, and her nurse told her bedtime stories about dragons and tree spirits. As a young girl in the village, she wandered through the countryside. In the city, she and her brother explored the streets and markets, watching puppet shows and sampling food. She was embarrassed by her blue eyes and blond hair, but she didn’t let it hold her back. She enthusiastically joined in local celebrations, big funerals and parties.

When Buck was a teenager, her parents sent her to an English-language school for foreign girls like her. She did not fit in and was lonely, but fascinated by Shanghai. As a pupil, she was required to teach a knitting class at the Door of Hope, a shelter for girls and women who had been forced into prostitution and sex slavery. Usually, the white students from Miss Jewell’s did not speak Chinese, but since Buck did, the women there told her all their stories of rape, abuse, and violence.

After a year there, Buck went to Randolph-Macon Women’s College in Lynchburg, Virginia. She arrived as a total misfit. A woman named Emma Edmunds, a rural girl who became one of Buck’s best friends at college, said about that first day: “I saw this one girl and she looked even more countrified than me. Her dress was made of Chinese grass linen and nobody else had anything like that. It had a high neck and long sleeves, and her hair was in a braid turned under at the back.” But she cut her hair and bought some American clothes, and she managed to fit in well enough.

After college, Buck went back to China, where she met an American agricultural economist and missionary named John Lossing Buck. They were married, and in 1921 she gave birth to a daughter, Carol. But things began to fall apart. Her mother died not long after Carol was born, and her father moved in with the young couple. Her father and husband disliked each other, and increasingly, she didn’t like either of them very much. Her daughter, Carol, had a rare developmental disability. On top of everything, the political situation in China was so tense that at one point the Bucks had to hide in the basement of a peasant family’s home to escape Nationalist soldiers, and they ended up fleeing to Japan as refugees.

In 1929, Buck took nine-year-old Carol to an institution in New Jersey, where she hoped she would receive better care than Buck could provide — she called it “the hardest thing I ever did.” She didn’t have enough money to pay for the expensive tuition, so she borrowed money from a member of the Mission Board. Her marriage fell apart, and she was even more desperate for money, so she started writing. Her first novel was called East Wind, West Wind (1930), and she hoped it would cover the school fees, but it didn’t sell well. The following year she published The Good Earth (1931), chronicling the dramatic life of a Chinese peasant farmer named Wang Lung from his wedding day through his old age. The Good Earth was a huge best-seller, and Buck won the Pulitzer Prize and, a few years later, the Nobel Prize in literature.

In her Nobel acceptance speech, she said: ” My earliest knowledge of story, of how to tell and write stories, came to me in China. […] Story belongs to the people. They are sounder judges of it than anyone else, for their senses are unspoiled and their emotions are free.”