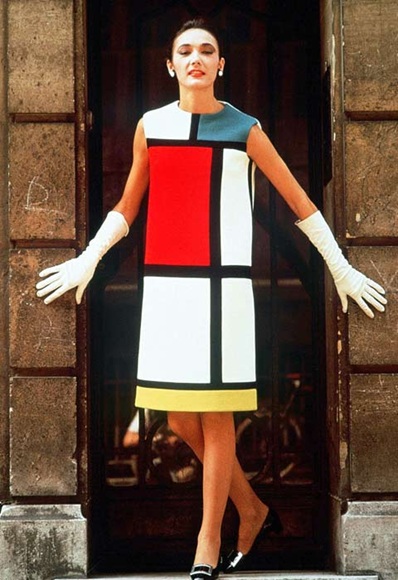 Today is the 82nd birthday of Yves Saint Laurent. His style and innovation are current and iconic. The world is a better place because he was in it and still feels the loss that he has left. 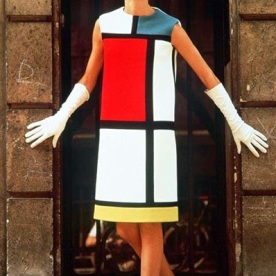 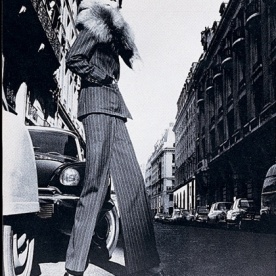 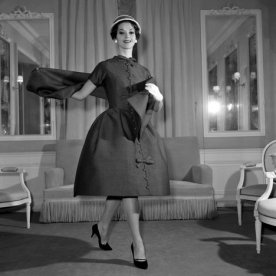 BEST KNOWN FOR: Yves Saint Laurent was best known as an influential European fashion designer who impacted fashion in the 1960s to the present day.

Yves Henri Donat Matthieu Saint Laurent was born on August 1, 1936, in Oran, Algeria, to Charles and Lucienne Andrée Mathieu-Saint-Laurent. He grew up in a villa by the Mediterranean with his two younger sisters, Michelle and Brigitte. While his family was relatively well off—his father was a lawyer and insurance broker who owned a chain of cinemas—childhood for the future fashion icon was not easy. Saint Laurent was not popular in school, and was often bullied by schoolmates for appearing to be homosexual. As a consequence, Saint Laurent was a nervous child, and sick nearly every day.

He found solace, however, in the world of fashion. He liked to create intricate paper dolls, and by his early teen years he was designing dresses for his mother and sisters. At the age of 17, a whole new world opened up to Saint Laurent when his mother took him to Paris for a meeting she’d arranged with Michael de Brunhoff, the editor of French Vogue.

A year later, Saint Laurent, who had impressed de Brunhoff with his drawings, moved to Paris and enrolled at the Chambre Syndicale de la Couture, where his designs quickly gained notice. De Brunhoff also introduced Saint Laurent to designer Christian Dior, a giant in the fashion world. “Dior fascinated me,” Saint Laurent later recalled. “I couldn’t speak in front of him. He taught me the basis of my art. Whatever was to happen next, I never forgot the years I spent at his side.” Under Dior’s tutelage, Saint Laurent’s style continued to mature and gain still more notice.

In 1960 Saint Laurent was called back to his home country of Algeria to fight for its independence. He managed to secure an exemption based on health grounds, but when he returned to Paris, Saint Laurent found that his job with Dior had disappeared. The news, at first, was traumatic for the young, fragile designer. Then it became ugly, with Saint Laurent successfully suing his former mentor for breach of contract, and collecting £48,000.

The money and the freedom soon presented Saint Laurent with a unique opportunity. In cooperation with his partner and lover, Pierre Berge, the designer resolved to open his own fashion house. With the rise of pop culture and a general yearning for original, fresh designs, Saint Laurent’s timing couldn’t have been better.

Over the next two decades, Saint Laurent’s designs sat atop the fashion world. Models and actresses gushed over his creations. He outfitted women in blazers and smoking jackets, and introduced attire like the pea coat to the runway. His signature pieces also included the sheer blouse and the jumpsuit.

By the 1980s, Yves Saint Laurent was a true icon. He became the first designer to have a retrospective on his work at the Metropolitan Museum in New York City. Under the direction of Berge, who continued to manage Saint Laurent’s firm even though the two had broken up in 1986, the fashion house flourished as a money making venture.

But Saint Laurent struggled. He became reclusive, and fought addictions to alcohol and cocaine. Some in the fashion world complained that the designer’s work had grown stale.

In the early 1990s, Saint Laurent found firmer footing. His designs were rediscovered by a fashion elite that had grown tired of the grunge movement that dominated the runways. Saint Laurent, too, seemed to have conquered his demons. By the end of the decade, with Saint Laurent slowing down his work pace, he and Berge had sold the company they’d started, netting the two men a fortune.

In January 2002, Saint Laurent participated in his final show and then retired for good in Marrakech. Five years later, Saint Laurent’s imprint and importance on French culture was cemented when he was appointed Grand Officer of the Legion d’honnerur by French President, Nicolas Sarkozy.

Yves Saint Laurent passed away in Paris on June 1, 2008 after a brief illness.