Today is the 74th birthday of the political satirist, writer and activist Molly Ivins.  She took the confusion out of politics, ‘normalized’ the politicians, and made us realize that everyone is just the same, we all have faults and strengths.  She humorously poked fun at people who took themselves too seriously.  The world is a better place because she was in it and still feels the loss that she has left. 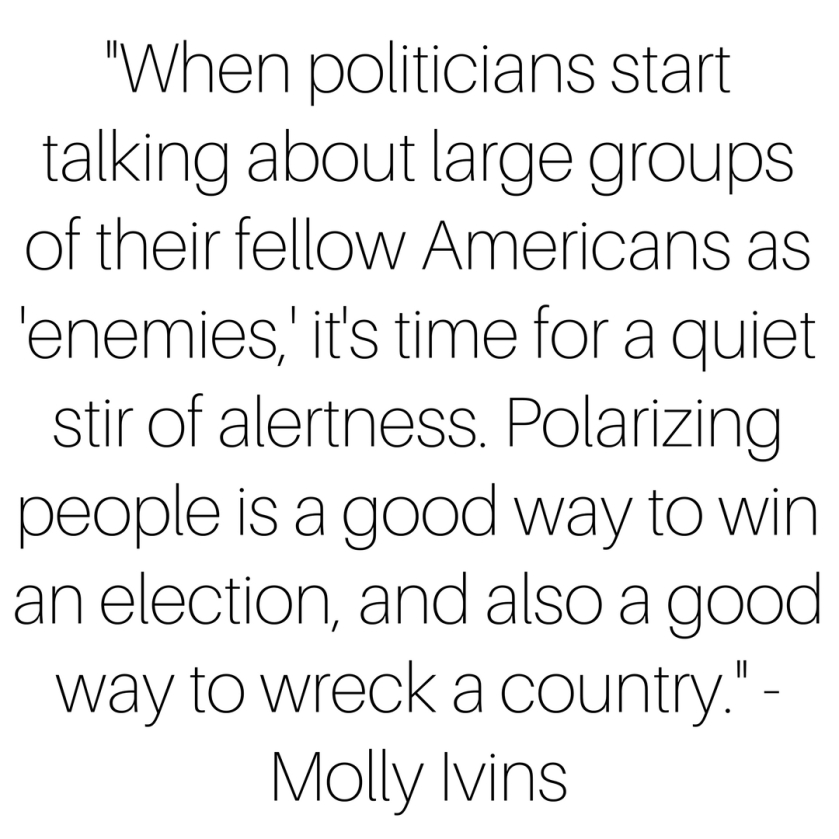 Author of books:
Molly Ivins Can’t Say That, Can She? (1991)
Nothin’ But Good Times Ahead (1995)
You Got to Dance With Them What Brung You: Politics in the Clinton Years (1998)
Shrub: The Short But Happy Political Life of George W. Bush (2000, with Lou Dubose)
The Betrayal of America: How the Supreme Court Undermined the Constitution and Chose Our President (2001, with Vincent Bugliosi)
Bushwhacked: Life in George W. Bush’s America (2003, with Lou Dubose)
Bill of Wrongs: The Executive Branch’s Assault on America’s Fundamental Rights (2007, with Lou Dubose)