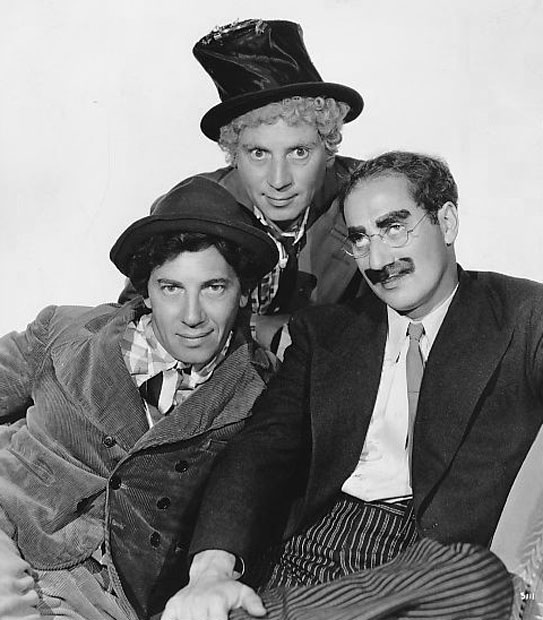 Today is the 128th birthday of Groucho Marx.  I think of him often, especially quotes of his.  I try my best to live by this one:

Each morning when I open my eyes I say to myself: I, not events, have the power to make me happy or unhappy today. I can choose which it shall be. Yesterday is dead, tomorrow hasn’t arrived yet. I have just one day, today, and I’m going to be happy in it.

Obviously, his more humorous quotes are brilliantly crafted and memorable, such as:

I have had a perfectly wonderful evening, but this wasn’t it.

Either he’s dead or my watch has stopped.

Years and years ago, when Amazon was a scrappy little internet bookstore, we put paper bookmarks in every book we shipped to customers. One of the very first ones had a Groucho quote on it that read:  Outside of a dog, a book is man’s best friend. Inside a dog, it’s too dark to read. I am sure I still have a couple of those bookmarks inside of books I purchased back then.

BEST KNOWN FOR: Comedian and film actor Groucho Marx was one of the Marx Brothers. He spent nearly seven decades making people laugh with his snappy one-liners and sharp wit.

Comedian, actor, singer and writer Groucho Marx was born Julius Henry Marx on October 2, 1890, in New York City. Groucho Marx spent nearly seven decades making people laugh with his snappy one-liners and sharp wit. He once described his comedy as “the type of humor that made people laugh at themselves.”

While he originally aspired to be a doctor, Marx started his career as a singer. One of his earliest efforts proved to be disastrous, however. As part of the Le May Trio, Marx got stuck in Colorado for a while after another group member took off with his pay. He had to work at a grocery store to earn enough money to make it back to New York. 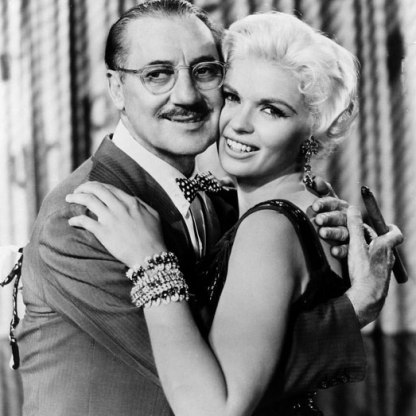 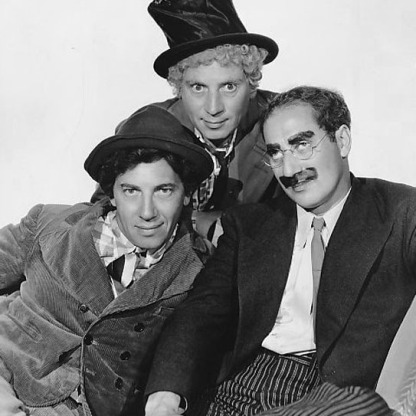 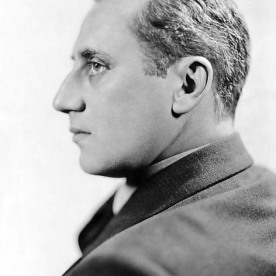 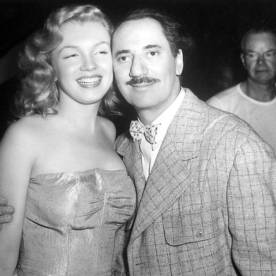 Marx’s father Samuel never had much success as a tailor, and the family struggled financially. His mother Minnie hoped that she might find prosperity through her five children. She became the quintessential “stage mother,” guiding her children’s theatrical acts and even performing herself. The act eventually featured Groucho and his brothers Leonard, Adolph and Milton. 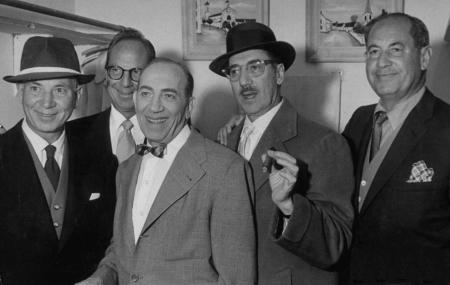 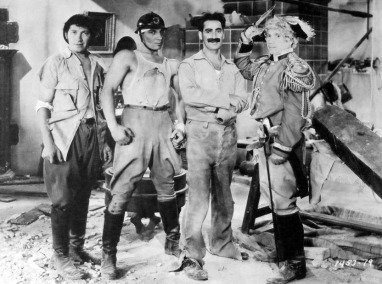 The Marx Brothers had a career breakthrough in 1914 while performing in Texas. During a show, some of the audience left to go see a runaway mule. When they returned, the Marx Brothers put aside their usual routines to make fun of the audience. Groucho’s quick-witted quips won over the crowd. The switch to comedy proved to be their ticket to success.

By the 1920s, the Marx Brothers had become a hugely popular theatrical act. Groucho had developed some of his trademarks by this time. He often wore a long coat, a painted-on mustache, thick glasses and held on to a cigar on stage. In addition to just liking cigars, Marx explained that they proved useful, too. He said that “if you forget a line, all you have to do is stick the cigar in your mouth and puff on it until you think of what you’ve forgotten.”

The Marx Brothers had a string of Broadway hits, starting with 1924’s I’ll Say She Is, which Groucho helped write. The following year, they returned to the stage with The Cocoanuts, a spoof on land speculation in Florida. The Marx Brothers hit it big again in 1928 with Animal Crackers.

In great demand, Marx appeared on Broadway in Animal Crackers at night while filming the film version of The Cocoanuts during the day. Around this time, he nearly suffered a complete mental breakdown. His hectic schedule and his enormous financial loss in the 1929 stock market crash had taken a toll on the performer and left him with a lifelong struggle with insomnia.

Working with producer Irving Thalberg, the Marx Brothers created one of their most popular movies: A Night at the Opera (1935). As the decade drew to a close, the Marx Brothers continued to make more films, but none matched the success of their earlier efforts. Their last film together was 1949’s Love Happy.

Even before the Marx Brothers split up, Groucho had been exploring other career opportunities. He wrote the 1930 humorous book Beds, and followed it up in 1942 with Many Happy Returns, his comic attack on taxes. On the radio, Groucho worked on several programs before landing a hit in 1947 with You Bet Your Life. He hosted the quirky game show, which focused more on his quick wit than on contestants winning prizes.

You Bet Your Life moved from radio to television in 1950, and Marx entertained America with his wisecracks for 11 years, also winning a 1951 Emmy. After that program ended in 1961, he appeared on Tell It to Groucho, a short-lived game show the following year. Then Marx largely retreated from the limelight, making only sporadic appearances on television and in films.

Later in life, instead of performing, Marx wrote a follow-up to his 1959 autobiography Groucho and Me. This time around, he focused on love and sex in 1963’s Memoirs of a Mangy Lover. The thrice-married comedian had a lot to say on those topics. Marx had been married to first wife Ruth from 1920 to 1942. The couple had two children together, Miriam and Arthur. He had his third child, Melinda, with his second wife, Catherine Gorcey. His third marriage to Eden Hartford lasted from 1953 to 1969.

A prolific correspondent with friends and associates, Marx had his personal writings published in 1967 as The Groucho Letters. He returned to the stage in 1972 with a one-man show at New York City’s Carnegie Hall. Crowds turned out to see the performer, then in his 80s. He had trouble hearing and his voice was much weaker than it was in his prime. Still, he managed to charm and entertain the audience. Two years later, Marx received a special Academy Award for his stage and screen efforts.

By 1977, Marx was in decline both physically and mentally. He struggled with health problems, and his family battled with his companion Erin Fleming over control of his affairs. After spending nearly two months in a Los Angeles hospital, Marx died of pneumonia on August 19, 1977. “He developed the insult into an art form,” The New York Times mused on his death. “And he used the insult, delivered with maniacal glee, to shatter the egos of the pompous ??and to plunge his audience into helpless laughter.”