Today is the 123rd birthday of the film director Howard Hawks. He directed one of my very favorite films Bringing Up Baby as well as His Girl Friday, The Big Sleep, Monkey Business, Gentlemen Prefer Blondes, and I Was A Male War Bride. The genres are as varied as the stories themselves, but all excellently told. The world is a better place because he was in it and still feels the loss that he has left.

Director, screenwriter and producer Howard Hawks was born on May 30, 1896, in Goshen, Indiana. With more than 45 films to his credit, Howard Hawks created many classic films in a variety of genres, from westerns to musical comedies. He spent many of his early years in Indiana before his family moved out to California.

Hawks graduated from Cornell University with a degree in mechanical engineering in 1917. After college, he had a job at the Mary Pickford Company as an assistant prop man before joining the military. Hawks served in the Army Air Corps during World War I. After the war, he returned to California. Some reports indicate that he tried his hand at being a professional racecar driver and others say that he worked as a designer in an airplane factory. 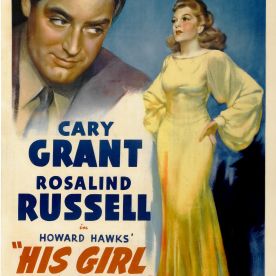 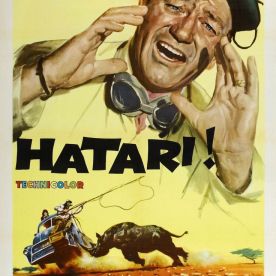 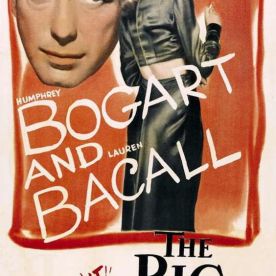 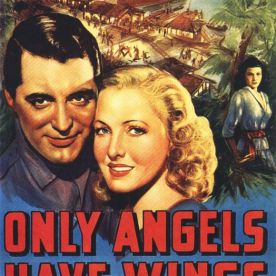 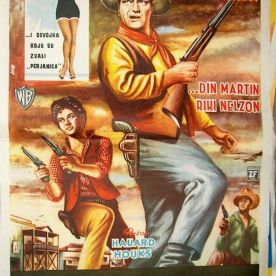 In any case, Hawks found his way into the film industry by the early 1920s, working first as a prop man and later a story editor. He had his first script, Tiger Love, produced in 1924. Two years later, Hawks made his debut as a director with The Road to Glory (1926), which he also helped write.

Making the leap to sound, Hawks directed his first talking picture, The Dawn Patrol, in 1930. The WWI drama starred Douglas Fairbanks Jr. and featured many exciting aerial fight scenes. Switching genres, he tackled the gangster saga Scarface with Paul Muni, George Raft, and Boris Karloff. The violent tale was caught up in a censorship battle waged by the producer Howard Hughes against the film industry’s production code administration. Finally released in 1932, the film was a big hit and paved the way for more such crime dramas.

Proving to be quite versatile, Hawks moved on to lighter fare in the mid-1930s. He directed Twentieth Century (1934) with John Barrymore and Carole Lombard, which helped make Lombard a star. Around this time, Hawks worked on a number of films with Cary Grant. He directed Grant in 1938’s Bringing Up Baby with Katharine Hepburn and 1940’s His Girl Friday with Rosalind Russell. Turning to more serious material, Hawks also worked with Grant on the 1939 drama Only Angels Have Wings, which launched the career of Rita Hayworth.

Continuing to garner praise for his serious work, Hawks directed with Gary Cooper in the 1941 war drama Sergeant York. It was based on the true story of a sharpshooter during World War I. A big success, the film netted 11 Academy Award nominations, including one for Hawks. This was the only Academy Award nomination that he received during his career. Another critically acclaimed project for Hawks was 1944’s To Have and Have Not, which starred Humphrey Bogart and marked the film debut of Lauren Bacall. It was adapted from a novel by Ernest Hemingway and the screenplay was written in part by another brilliant writer William Faulkner.

Longtime friends, Hawks and Faulkner worked on a number of films together over the years. Their next project was the film noir thriller The Big Sleep (1946) with Bogart and Bacall. Based on the Raymond Chandler novel, the film is considered to be one of the great classics of its genre. Two years later, Hawks made one of his most famous westerns with John Wayne. Red River (1948) starred Wayne as a cattleman who must grapple with his difficult relationship with his adopted son played by Montgomery Clift.

In the 1950s, Hawks continued to work on a diverse mix of projects. He directed Kirk Douglas in the western The Big Sky (1952) and Cary Grant and Ginger Rogers in the comedy Monkey Business (1952). In the musical comedy Gentlemen Prefer Blondes (1953), Hawks is often credited with helping Marilyn Monroe achieve the best performance of her career. Returning to westerns, he reunited with John Wayne for 1959’s Rio Bravo.

By the early 1960s, Hawks started to slow down professionally. His earlier work began to receive some critical attention and was featured in a career retrospective at New York City’s Museum of Modern Art. While others were looking back on his accomplishments, Hawks continued to work, making a handful of films, most of which starred Wayne. They worked together on the African adventure film Hatari! (1962) and the western El Dorado (1966) with Robert Mitchum. For his final film, Hawks directed Wayne in the western adventure Rio Lobo (1970).

Finally, Hawks received a special Academy Award in 1974. He was given an honorary award from the Academy of Motion Picture Arts and Sciences for being “a master American filmmaker whose creative efforts hold a distinguished place in world cinema.”

Hawks died on December 26, 1977, in Palm Springs, California at the age of 81. He is remembered as a powerful storyteller with a simple, but effective style of direction. Married three times, he was survived by his four children, David, Greg, Barbara and Kitty.