Today is the 129th birthday of Hollywood actress and gossip columnist Hedda Hopper. There were some really great scenes of her in the Bette Davis/Joan Crawford Feud that personalized her a bit more than I think I had ever really considered. The world is a better place because she was in it and still feels the loss that she has left. 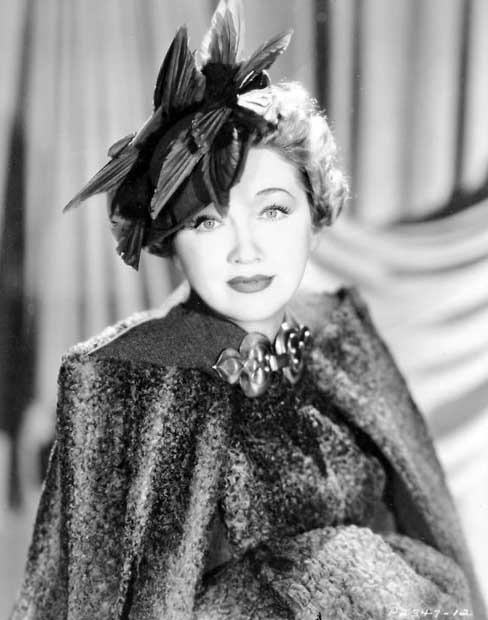 BEST KNOWN FOR: Hedda Hopper, a woman with amazing hats, was an American gossip columnists during the first half of the 1900s. She was also an actress and radio personality.

Gossip columist and actress Elda Furry, better known as Hedda Hopper, was born on June 2, 1890, in Hollidaysburg, Pennsylvania. One of nine children, Furry studied singing at the Carter Conservatory of Music in Pittsburgh during high school.

At the age of 18, she ran away after her Quaker parents rejected her plans to pursue a career in musical theater. She worked as a chorus girl and appeared in amateur theater productions before making her Broadway debut in 1909 in a small role in The Motor Girl. In 1913, Furry appeared with the popular comedic actor, and notorious womanizer, DeWolf Hopper in the musical comedy A Matinee Idol. Later that same year, she became Hopper’s much-older fifth wife.

She took the name Hedda Hopper in 1919; the first name was reportedly chosen by a numerologist. After making her big screen debut in the 1916 silent film The Battle of Hearts, Hopper found success in Hollywood as a character actress for Metro-Goldwyn-Mayer (MGM), appearing in over 100 films over the next three decades. In 1922, she and DeWolf Hopper divorced.

By the mid-1930s, Hopper was working as a freelance actress (without a studio contract) and her film career had fallen into a slump. Her famous sense of style and outspoken personality led to jobs at Elizabeth Arden cosmetics and as a fashion commentator on a Hollywood radio station. In 1937, the Esquire Feature Syndicate was looking for a Hollywood columnist and found one in Hopper. Untried, her column was sold to 13 papers and a career was launched.

When the column began appearing in the prestigious Los Angeles Times, her status shot upward and her power grew. Her column appeared in 85 metropolitan papers, 3,000 small-town dailies, and 2,000 weeklies. When she replaced John Chapman at The New York Daily News, she picked up an additional audience of 5,750,000 daily and 7,500,000 on Sunday. She appeared on weekly radio shows and wrote two best sellers: From Under My Hat and The Whole Truth and Nothing But.

Hedda’s large, flamboyant hats became her trademarks–she reportedly bought about 150 new hats a year. Hopper also acquired a reputation for journalistic bitchiness, which actually made her more popular. She took on anything or anyone who went against her set of “American” values. She doggedly spoke out against the threat of communism, real or imagined, in Hollywood. During the infamous “blacklisting” era, she destroyed the reputations of many people with hearsay.

She badgered Charlie Chaplin about the way he used women and America. She blasted Louis B. Mayer for lacking generosity. Her 10-year feud with her rival columnist Louella Parsons was legendary.  After publishing a “blind item” on Katharine Hepburn and Spencer Tracy’s relationship, Tracy confronted her at Ciro’s and kicked her in the rear.  Similarly, after she had printed a story about an extramarital affair between Joseph Cotten and Deanna Durbin, Cotten ran into Hopper at a social event and pulled out her chair, only to continue pulling it out from under her when she sat down.

She died of pneumonia in 1966.  She is buried at Rose Hill Cemetery,Altoona, Pennsylvania.

For her contribution to the motion picture industry, Hopper has a star on the Hollywood Walk of Fame at 6313½ Hollywood Boulevard in Hollywood.