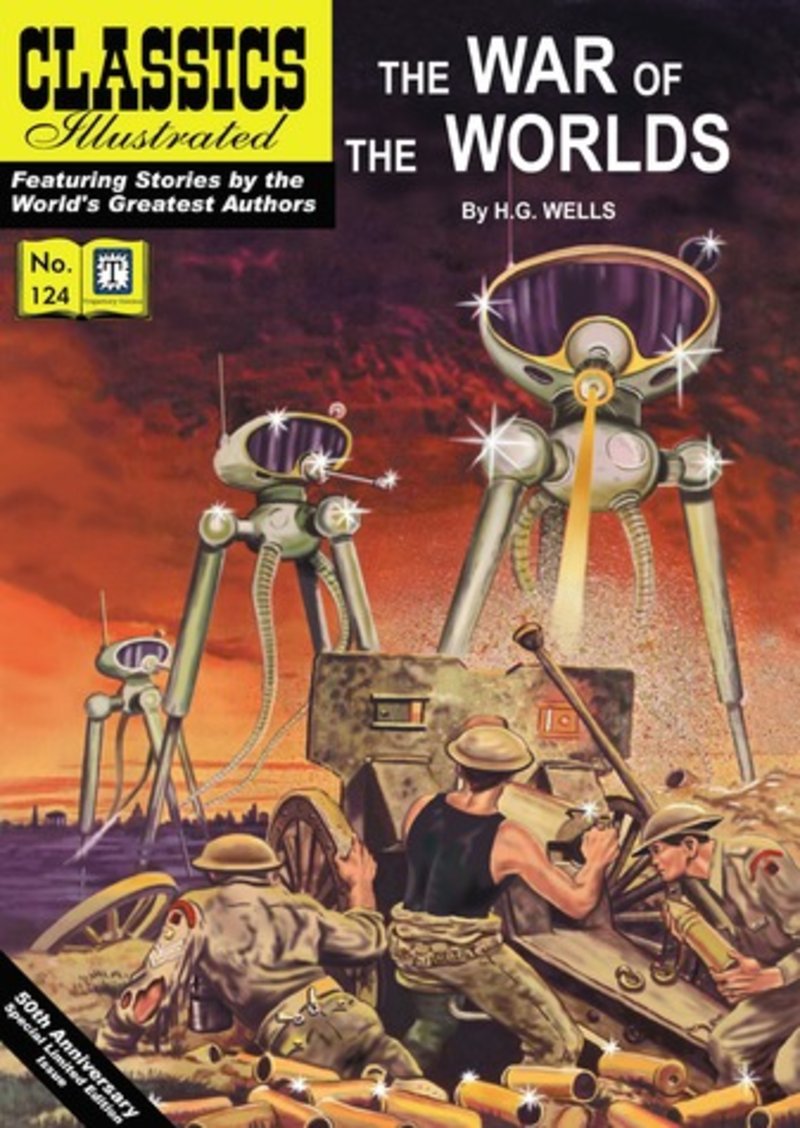 Today is the 153rd birthday of the author H.G. Wells. His writing and visions of the future were and are well before their time, I guess that is what defines a great science fiction writer. I remember hearing the radio broadcast of his War of the Worlds done by Orson Wells, learning that it caused complete hysteria at the time and having also learn that the limited exposure to media made it very difficult to immediately contain. The world is a better place because he was in it and still feels the loss that he has left.

BEST KNOWN FOR: H.G. Wells was a writer of science-fiction works—including The Time Machine and War of the Worlds —who had a great influence on our vision of the future.

Visionary writer H.G. Wells was born Herbert George Wells on September 21, 1866, in Bromley, England. Wells came from a working class background. His father played professional cricket and ran a hardware store for a time. Wells’s parents were often worried about his poor health. They were afraid that he might die young, as his older sister had. At the age of 7, Wells had an accident that left him bedridden for several months. During this time, the avid young reader went through many books, including some by Washington Irving and Charles Dickens.

After Wells’s father’s shop failed, his family, which included two older brothers, struggled financially. The boys were apprenticed to a draper, and his mother went to work on an estate as a housekeeper. At his mother’s workplace, Wells discovered the owner’s extensive library. He read the works of Jonathan Swift and some of the important figures of the Enlightenment, including Voltaire. In his early teens, Wells also went to work as a draper’s assistant. He hated the job and eventually quit, much to his mother’s dismay. Turning to teaching, Wells soon found a way to continue his own studies. He won a scholarship to the Normal School of Science where he learned about physics, chemistry, astronomy and biology, among other subjects.

Wells also devoted much of his time to becoming a writer. During college, he published a short story about time travel called “The Chronic Argonauts,” which foreshadowed his future literary success.

In 1895, Wells became an overnight literary sensation with the publication of the novel The Time Machine. The book was about an English scientist who develops a time travel machine. While entertaining, the work also explored social and scientific topics, from class conflict to evolution. These themes recurred in some of his other popular works from this time.

Wells continued to write what some have called scientific romances, but others consider early examples of science fiction. In quick succession, he published the The Island of Doctor Moreau (1896), The Invisible Man (1897) and The War of the Worlds (1898). The Island of Doctor Moreau told the story of a man who encounters a scientist conducting the gruesome experiments on animals, creating new species of creatures. In The Invisible Man, Wells explores the life of another scientist who undergoes a dark personal transformation after turning himself invisible. The War of the Worlds, a novel about an alien invasion, later caused a panic when an adaptation of the tale was broadcast on American radio. On Halloween night of 1938, Orson Welles went on the air with his version of The War of the Worlds, claiming that aliens had landed in New Jersey.

In addition to his fiction, Wells wrote many essays, articles and nonfiction books. He served as a book reviewer for the Saturday Review for several years, during which time he promoted the careers of James Joyce and Joseph Conrad. In 1901, Wells published a non-fiction book called Anticipations. This collection of predictions has proved to be remarkably accurate. Wells forecasted the rise of major cities and suburbs, economic globalization, and aspects of future military conflicts. Remarkably, considering his support for women and women’s rights, Wells did not predict the rise of women in the workplace.

Politically, Wells supported socialist ideals. For a time, he was a member of the Fabian Society, a group that sought social reform and believed that the best political system was socialism. Wells explored issues of social class and economic disparity in a number of his works, including Kipps (1905). Kipps was one of Wells’s favorites of his own work.

Over the years, he wrote several more comedies, including 1916’s Mr. Britling Sees It Through. This wildly popular novel looks at a writer living in a small English village before, during and after World War I. Also around this time, Wells again demonstrated his affinity for predictions. He foresaw the splitting of atom and the creation of atomic bombs in The World Set Free (1914).

In 1920, H.G. Wells published The Outline of History, perhaps his best selling work during his lifetime. This three-volume tome began with prehistory and followed the world’s events up through World War I. Wells believed there would be another major war to follow, and included his ideas for the future. Lobbying for a type of global socialism, he suggested the creation of a single government for the entire world. Around this time, Wells also tried to advance his political ideas in the real world. He ran for Parliament as a Labour Party candidate in 1922 and 1923, but both efforts ended in failure.

Wells branched out into film in the 1930s. Traveling to Hollywood, he adapted his 1933 novel The Shape of Things to Come for the big screen. His 1936 film, called Things to Come, took audiences on a journey from the next world war into the distant future. Around this same time, Wells worked on the film version of one of his short stories, “The Man Who Could Work Miracles.”

An internationally famous intellectual and author, Wells traveled widely. He visited Russia in 1920 where he met with Vladimir Lenin and Leon Trotsky. More than a decade later, Wells had the opportunity to talk with Josef Stalin and American president Franklin D. Roosevelt. He also lectured and went on speaking tours, gaining notoriety for his radical social and political views. Taking a break from war-torn London in 1940, Wells came to the United States. He delivered a talk entitled “Two Hemispheres—One World.”

In 1891, Wells married his cousin, Isabel Mary Wells, but the union didn’t last. Wells soon took up with Amy Catherine “Jane” Robbins and the pair married in 1895 after he officially divorced Isabel. He and Jane had two children together, sons George Philip and Frank.

A free thinker about sex and sexuality, Wells did not let marriage stop him from having other relationships. He had numerous affairs and later lived apart from Jane. His involvement with Amber Reeves resulted in the birth of their daughter Anna-Jane in 1909. Wells later developed feelings for feminist writer Rebecca West, and they had a son, Anthony, together. Jane died of cancer in 1927.

For roughly 50 years, Wells devoted his life to writing and his output during this time was amazing. Some even criticized Wells for his tremendous volume of work, saying that he spread his talent too thin. Wells wrote, on average, three books a year for a time. And each of his works went through several drafts before publication.

Wells remained productive until the very end of his life, but his attitude seemed to darken in his final days. Among his last works was 1945’s “Mind at the End of Its Tether,” a pessimistic essay in which Wells contemplates the end of humanity. Some critics speculated that Wells’s declining health shaped this prediction of a future without hope. He died on August 13, 1946, in London.

At the time of his death, Wells was remembered as a author, historian and champion of certain social and political ideals. So many of his predictions for the future came true in the ensuing years that he is sometimes called “the Father of Futurism.” But today is best known as “the Father of Science Fiction.” Wells’s fantastical tales continue to fascinate audiences. Several of his works have returned to the big screen in recent years. A remake of War of the Worlds (2005) featured Tom Cruise and Dakota Fanning as two of the humans fighting to survive the alien invasion. 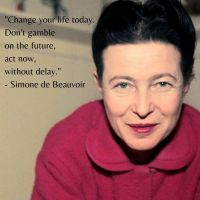