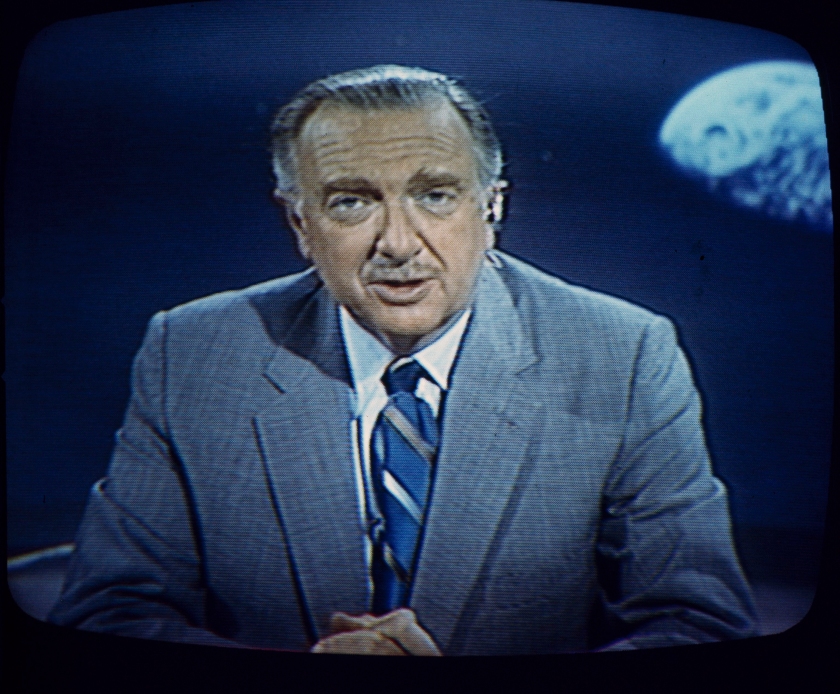 Today is the birthday of Walter Cronkite. For nearly 50 years, he was considered the most trusted man in America. The country tuned into hear his reporting of the daily news for over 20 years and spend the next 20 years of his “retirement” on documentary and news focused projects that added clarity and truth to the American narrative. The world is a better place because he was in it and still feels the loss that he has left.

BEST KNOWN FOR: Walter Cronkite was a lifelong newsman who became the voice of the truth for America as a nighttime anchorman.

Walter Cronkite was born on November 4, 1916, in St. Joseph, Missouri. Raised in Houston, Texas, he decided to become a journalist after reading a magazine article about a foreign correspondent. He left the University of Texas to work for the Houston Post in 1935, later working for Midwestern radio stations.

During World War II, Cronkite covered the European front for United Press and served as chief United Press correspondent at the Nuremberg trials. Joining CBS News in 1950, he worked on a variety of programs and covered national political conventions and elections. He helped launch the CBS Evening News in 1962 and served as its news anchor until his retirement in 1981. The hallmarks of his style were honesty, impartiality and level-headedness, and “And that’s the way it is” was his jaunty nightly sign-off. Identified in public opinion polls as the man Americans most trusted, he provided a voice of reason during the Vietnam and Watergate eras.

After retiring, Cronkite hosted Universe (1982), co-produced Why in the World (1981), and hosted Dinosaur (1991). He also did a special short series in 1996 called Cronkite Remembers. In addition to his television work, Cronkite wrote several books, including A Reporter’s Life (1996) and Around America (2001).

During his distinguished career, Cronkite has won numerous awards, including the prestigious Peabody Award twice, several Emmy Awards and the Presidential Medal of Freedom in 1981. Most recently, he received the News World International’s Lifetime Achievement Award in 2003 and the 2004 Harry S. Truman Good Neighbor Award from the Truman Foundation.

In 2005, Cronkite suffered a great personal loss. His beloved wife Betsy died of cancer at the age of 89. Four years later, in mid-2009, Cronkite was reported to be ill with cerebrovascular disease. He died at his home in New York City on July 17, 2009, at the age of 92. He was buried next to his wife at their family cemetery plot in Kansas City, Missouri.