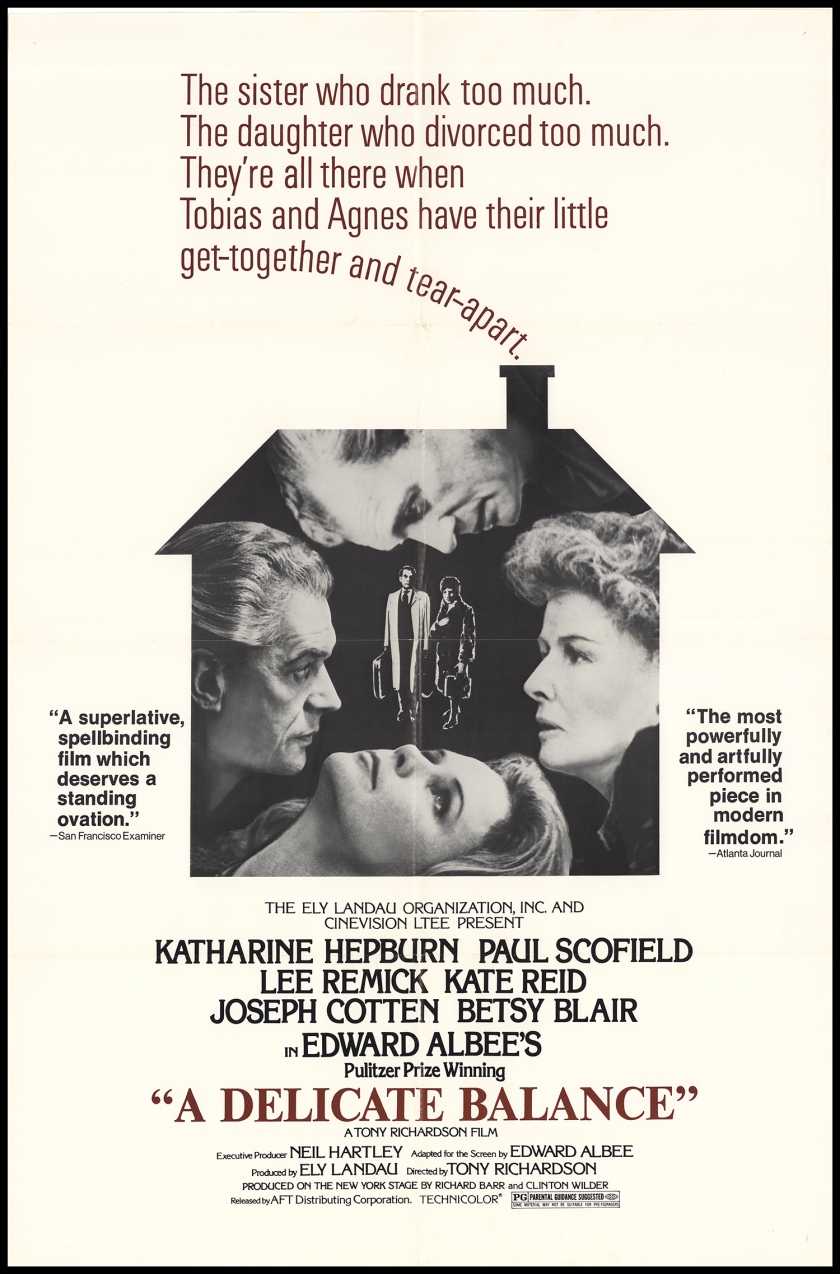 Forty-six years ago today, the film A Delicate Balance premiered. There was a time when I was requesting every everything that Katharine Hepburn was in from Netflix. The DVDs arrived with regularity and when A Delicate Balance arrived I was mesmerized. It was like nothing I had seen and I must have watched it for an entire week. You need to see the brilliance that is Edward Albee’s words said by Katharine Hepburn and Paul Scofield.

The film spans three days in the life of Agnes and Tobias, an upper middle class couple who share their comfortable suburban Connecticut home with Agnes’ acerbic alcoholic sister Claire. It is matriarch Agnes who helps the trio maintain a delicate balance in their lives, held together by habit, shared memories, and considerable consumption of dry martinis.

The seemingly peaceful facade of their existence is shattered with the arrival of longtime friends Harry and Edna who, suddenly overcome by a nameless terror, fled their home in search of a safe haven. The couple is followed by Agnes and Tobias’ bitter, 36-year-old daughter Julia, who has returned to the family nest following the collapse of her fourth marriage. Their presence leads to a period of self-examination, during which all six are forced to explore their psyches and confront the demons hidden there. 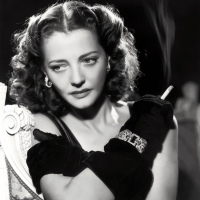