Today is the 61st birthday of the fashion visionary Isabella Blow.  She was an editor, a muse, a risk taker. Her life was her performance and her canvas; she inspired the best out of designers. She understood that fashion can be no less an art form than paint on a board or words in a book. Her elevation of that form is undeniable and permanent. The world is a better place because she was in it and still feels the loss that she has left. 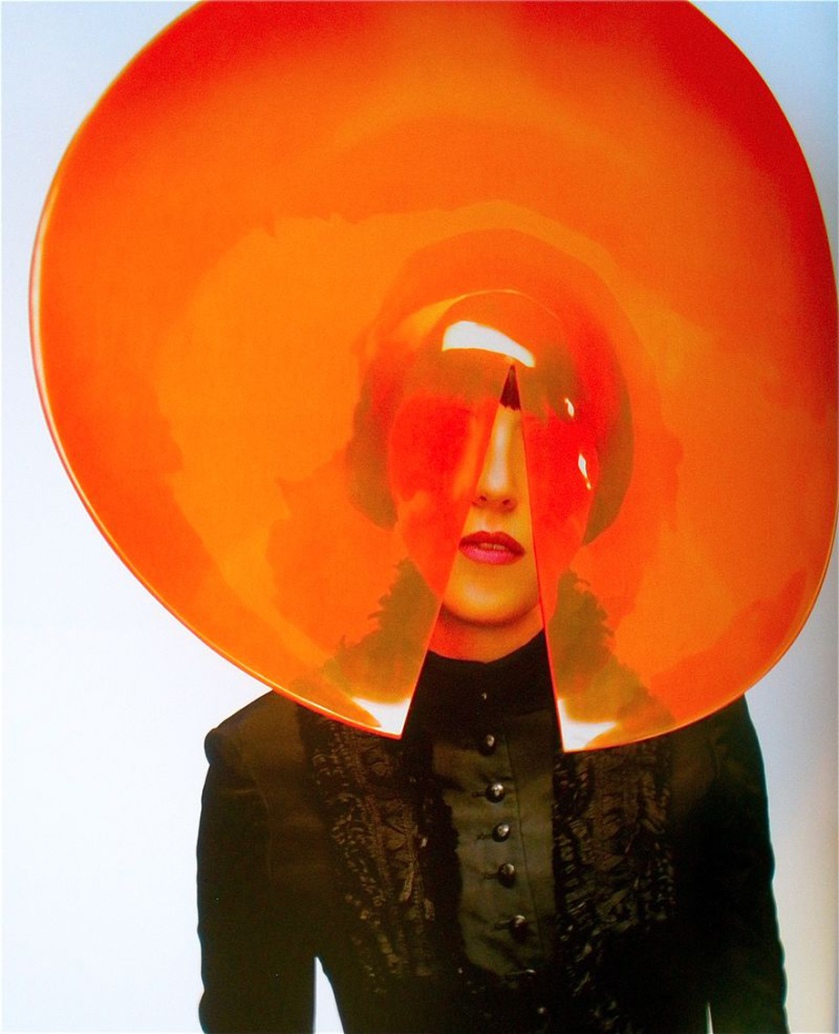 BEST KNOWN FOR:  Isabella Blow was a British fashion director and style icon known for wearing flamboyant hats, many by designer Philip Treacy.

Born Isabella Delves Broughton in 1958, Blow was a fashion editor, consultant, muse and nurturer of young fashion talent. She was renowned for her extrovert dress sense, which sometimes involved little more than a fur coat, red lipstick and a hat. To many she was the embodiment of the English eccentric, but her life was marred by tragedy, depression and unhappiness.

Part of an aristocratic family, Blow grew up on the family’s estate in Doddington, Cheshire, with her parents, two sisters and brother, John, who drowned in the family’s half-full swimming pool at the age of two. The tragedy had a great impact upon the family, fracturing her parents’ marriage and leading to their divorce when Isabella was aged 14. Blow later recalled that her mother left offering her nothing more than a goodbye handshake, attributing this to the beginning of her lifelong battle with depression. 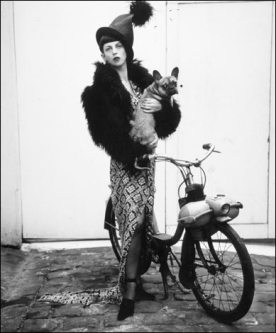 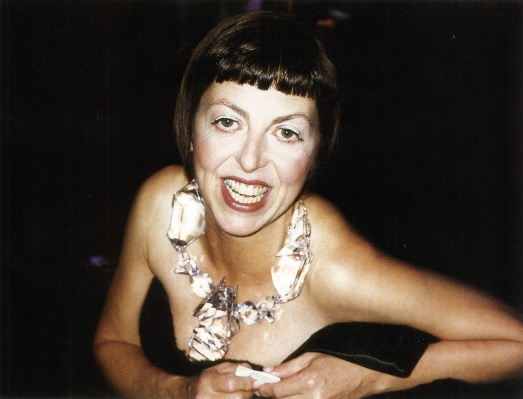 Blow was sent to Heathfield School in Ascot, Surrey, where she remained until she was 18. After finishing her education she moved into a London squat and took odd jobs to earn money. In 1979 she moved to New York to study ancient Chinese art at Columbia University, where she became friends with many prominent artists such as Andy Warhol, Jean-Michael Basquiat and Roy Lichenstein.

In 1980, she moved briefly to West Texas to work for the designer Guy Laroche, but returned to New York a year later. It was then that she was first introduced to Anna Wintour, then-creative director of American Vogue, and soon after she became her assistant. In 1981 she married her first husband, Nicholas Taylor, although the marriage ended in divorce two years later.

Blow moved back to London in 1986 and began working at Tatler magazine, assisting the then-fashion editor Michael Roberts. In 1988, she met her second husband Detmar Blow. They were wed at Gloucester Cathedral a year later, with Isabella wearing a hat created by milliner Philip Treacy – then an unknown student at the Royal College of Art whom she had recently discovered. Treacy was to become a lifelong friend and confidante of Blow’s, and Blow was almost never seen without one of Treacy’s hats upon her head. “I don’t use a hat as a prop, I use it as a part of me. If I am feeling really low, I go and see Philip, cover my face, and feel fantastic. Although, if I’m on a real low it requires going to the doctor for a prescription,” Blow once said.

Renowned for her unique ability to spot and nurture design talent, she discovered many of the fashion industry’s leading figures. Three years after discovering Treacy, she attended the Central Saint Martins MA graduate show where she spotted the work of then-student Alexander McQueen. Blow famously bought McQueen’s entire graduate collection for £5,000, and began supporting him and his talent in any way she could. After McQueen became famous across the world – and his label was bought by the Gucci Group – Blow expressed bitterness that he did not employ her in an official capacity within his brand, despite her efforts to make him a success. “She was upset that Alexander McQueen didn’t take her along when he sold his brand to Gucci. Once the deals started happening, she fell by the wayside. Everybody else got contracts, and she got a free dress,” said her friend Daphne Guinness in an interview with Cathy Horyn in 2007.

She was also credited with discovering the models Sophie Dahl, who she spotted crying on Kensington street corner, and Stella Tennant.

Blow left Tatler in 1997 to work at the Sunday Times, only to return to the publication as fashion director in 2001. During her tenure at Tatlers he became notorious for her risqué shoots, once featuring herself topless in a 2004 shoot entitled See nipples and die.

In the years leading up to Blow’s death in 2007 she attempted suicide numerous times, once shattering both her ankles after jumping from the Hammersmith flyover. She died in hospital on May 7 2007 after drinking the weed killer Paraquat. At the time of her death she was also suffering from ovarian cancer.

Blow’s funeral took place at Gloucester Cathedral on May 15 2007 – the same place she had married her husband almost 20 years earlier. Philip Treacy created a hat resembling a black sailing ship which was placed atop her coffin, and she was buried in a red-and-gold brocade dress designed by McQueen. McQueen, Treacy and Blow’s sister Julia helped dress the body.

Alexander McQueen dedicated his spring/summer 2008 show to Blow, collaborating with Treacy to create ambitious head pieces.  The show space was sprayed with Isabella’s favourite Robert Piguet scent and the invitations were illustrations which depicted a triumphant Blow in a McQueen dress and Philip Treacy headdress, aboard a horse-drawn carriage ascending to heaven.

In 2010, Bryan Ferry dedicated his album Olympia to Blow. Blow was godmother to his son, Otis.

In May 2010, Philip Treacy confirmed that a film was set to be made about Blow’s life.

After her death Blow’s sisters arranged an auction of Isabella’s clothes at Christie’s, which included over 90 McQueen dresses, 50 Treacy hats and portraits of Blow by photographer Mario Testino and Chanel creative director Karl Lagerfeld. The auction was later cancelled after Blow’s friend Daphne Guinness bought the entire lot. “The planned sale at Christie’s could only result in carnage, as souvenir seekers plundered the incredible body of work Issie had created over her life,” said Guinness. “Indeed, in many ways, the auction would not be merely a sale of clothes; it would be a sale of what was left of Issie, and the carrion crows would gather and take away her essence forever.”

In July 2010, Blow’s sister Julie Broughton was presented with a rose that had been named after Isabella by Alexander McQueen, before his death. It was named Alexander’s Issie. “My sister, Isabella, was passionate and totally dedicated to fashion – but only her closest friends knew of her love of gardens, and in particular, roses,” said Broughton. “Their unique colour and beauty combined with their thorny nature greatly appealed to her and to her distinctive eye. She would have been extremely honoured to receive this wonderful gift from her most beloved friend, Alexander.” Alexander’s Issie was selected after the designer had trawled through hundreds of flower pictures. He thought the rose reflected Blow’s bright personality – heralding her love of fashion and famous sense of style.

In September 2010, Detmar Blow released a memoir based on the life of his late wife – entitled Blow By Blow. In the book he recalled the first time he saw his wife at a wedding in Salisbury. “I couldn’t take my eyes off her. After the service, I waited for an opportunity to speak to her – and we immediately connected. Despite the brevity of our meeting, I knew I had fallen in love with her, and sat with her after dinner.”

Detmar Blow also spoke of his wife’s friendship with Treacy. “In Philip Treacy she had found not only the creator of her wedding headdress, but her best friend for life and the greatest discovery of her career so far,” Detmar wrote. “They quickly developed an intense and creative relationship that he later likened to ‘having an affair with no sex.”

Philip Treacy has said that Blow’s life should not be looked back upon with sadness. “Nothing about her was tragic. She was triumphant,” he said in September 2010.

In October 2010, Detmar Blow said in an interview with London’s Evening Standard that he believed Alexander McQueen betrayed Isabella. “Money changed him and then drugs changed him. I remember reading of how he had flown his boyfriend somewhere for £130,000,” recalled Blow. “What did Issie get? Some clothes. I find that quite shocking.”

In the March 2011 issue of American Vogue, Lady Gaga attributed some of her success to her similarities with Blow. “The fashion community in general got me much earlier than everyone else. But actually, I felt truly embraced by this London cultural movement, the McQueen, Isabella [Blow], Daphne Guinness wing of the English crowd. I remember when I first started doing photo shoots people would say, ‘My God, you look so much like Isabella Blow, it scares me.’ And McQueen used to say, ‘Oh, my God, your boobs!’ He actually grabbed both of them and said, ‘Even your boobs are like hers!'”

In September 2011, Tom Ford spoke about the Philip Treacy hat worn by Princess Beatrice at the wedding of Catherine Middleton and Prince William. “I’ll probably get in trouble for saying this, but at the royal wedding, one of the princesses wore a now-very-famous (or infamous),  Philip Treacy hat – that hat wore her,” Ford said. “Now, Isabella Blow, a woman those of us in fashion knew well – had she worn the same hat, it would have looked great. She would have worn the hat. She knew what she was about, what she wanted to express in fashion.” The hat sold for over £81,000 on ebay, with all proceeds going to charity.

In October 2011, a double portrait of Blow and McQueen taken by David LaChapelle went on public display for the first time. The picture, entitled Burning Down The House, was taken in December 1996 at Hedingham House in Essex, and first appeared in Vanity Fair. At the time the picture was taken McQueen was just 27 years old and was still working at Givenchy. Both wear creations by the designer himself, with Blow sporting a Philip Treacy hat. The image was bought by the National Portrait Gallery with the financial help of McQueen and Blow’s long-term friend Daphne Guinness, The Marrakech Gallery Foundation and artist management company Fred Torres. 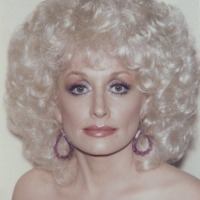