Today is the 31st anniversary of the first World AIDS Day. A reconstruction of it’s genetic history shows that the HIV pandemic almost certainly originated in Kinshasa, the capital of the Democratic Republic of the Congo, around 1920. AIDS was first recognized in 1981 and by 2009 had caused nearly 30 million deaths. As of 2016, approximately 36.7 million people are living with HIV globally. In 2016, approximately half are men and half are women. There were about 1.0 million deaths from AIDS in 2016, down from 1.9 million in 2005. Prevention and treatment is working.

I have been donating my time, money, and my gently-used items to Lifelong AIDS Alliance in Seattle for years. Lifelong Aids Alliance does great work for people living with HIV and other chronic illnesses. There are similar services in every community across the world, find one near you and see what type of donations (canned goods, clothing, time, money) they take and give to them the next time.  Here is a link to their donation page:

DONATE $54 – Provides one week of fresh meals and groceries for a person living with HIV/AIDS or other chronic illnesses. 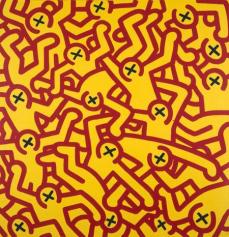 I am who I am today because of the amazingly talented, fiercely devoted, and ridiculously hilarious guys that have influenced me to boundlessly creative, to love unapologetically, and to be true to what is important to me. Every birthday candle I blow out, every coin I throw into a fountain, every time I am required to make a wish, I wish for their health and a cure to be found.