Today is the 100th birthday of the film director Federico Fellini.  His films will stay with you and you will have memories of them throughout your life like they are old friends.  The world is a better place because he was in it and still feels the loss that he has left it. 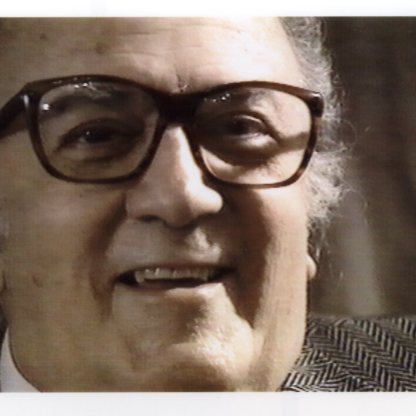 BEST KNOWN FOR: Italian film director Federico Fellini was one of the most celebrated and distinctive filmmakers of the period after World War II.

Federico Fellini was born in Rimini, Italy, on January 20, 1920. He started to show signs of creativity early on, and while in high school he served as a caricaturist for a local theater, drawing portraits of movie stars. In 1939, Fellini moved to Rome, ostensibly to attend law school but in fact working for satirical magazine Marc’Aurelio. He began writing professionally around this time, working on radio shows. On one such show, he met actress Giulietta Masina, and the couple were married in 1943. They soon had a son, but he died just a month after birth. Masina would later appear in several of her husband’s most important films.

Fellini was soon making a name for himself as a screenwriter and formed lasting relationships with the likes of director Roberto Rossellini and playwright Tullio Pinelli. Fellini signed on to join the writing team for Rossellini’s Roma, città aperta (1945), and the screenplay earned Fellini his first Oscar nomination. The partnership with Rossellini would be a fruitful one and would end up sending some of the most important films in Italian history to the screen, such as Paisà (1946), Il miracolo (1948) and Europa ’51 (1952).

Fellini’s screenwriting, which was in high demand in Italy, led to directing work, and after a few nonstarters, Fellini directed I vitelloni (1953), which won the Silver Lion award at the Venice Film Festival. He followed it with La strada (1954), which won the Academy Award for best foreign film. La strada, now considered a classic, was the first in a trilogy of films in which Fellini explored how an unforgiving world greets innocence. The second two films in the trilogy were Il bidone (1955) and Le notti di Cabiria (1957), that latter landing Fellini his second Oscar.

What followed that trilogy were some of Fellini’s most well-known and often experimental films, such as La dolce vita (1960, which won the Palme d’Or at the Cannes Film Festival), 8½ (which took the 1963 Oscar for best foreign film), Fellini Satyricon (1969), Fellini Roma (1972) and Amarcord (1973, which took another Oscar). In all, Fellini won five Oscars and was nominated for several others. He was awarded his final Oscar, for career achievement, in 1993, just a few months before his death.

In 1992, in a Sight & Sound magazine poll of international filmmakers, Fellini was named the most significant film director of all time, and La strada and 8½ were named two of the Top 10 most influential films of all time. He also was awarded the Legion of Honor in 1984 and the Praemium Imperiale in 1990, which is granted by the Japan Art Association. The award is considered to be on the same footing as the Nobel Prize.