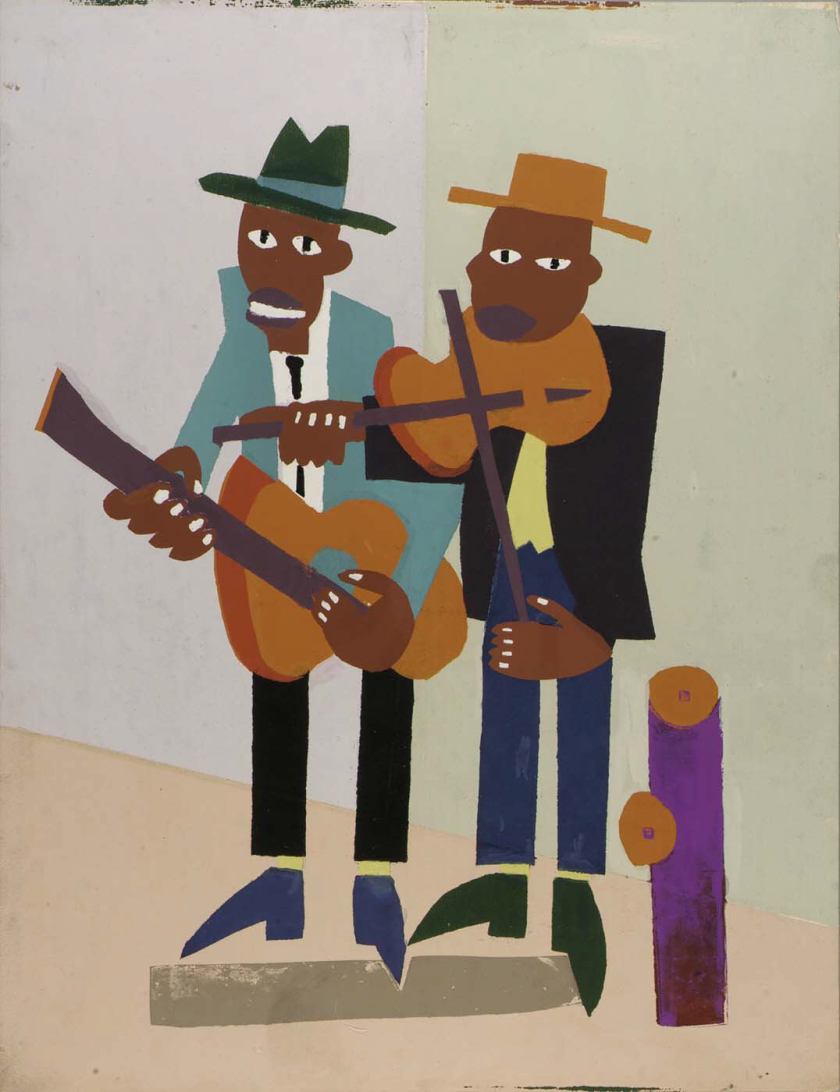 Today is the 119th birthday of the artist William H. Johnson. His primitive style of painting African Americans during the Harlem Renaissance has become the visual record of the jazz and poetry that was created in that period. His works are complexly simple and effortlessly convey entire stories. The world is a better place because he was in it and still feels the loss that he has left. 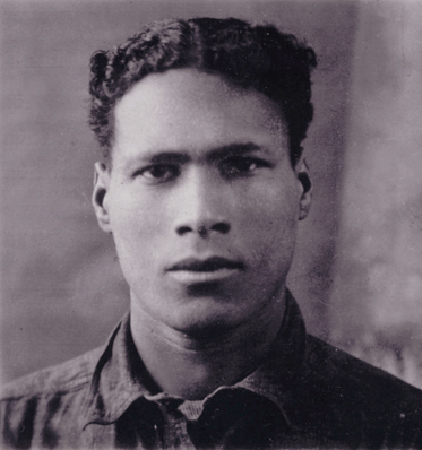 BEST KNOWN FOR: William H. Johnson was an artist who made use of as primitive style of painting to depict the experience of African-Americans during the 1930s and ’40s.

Artist William Henry Johnson was born on March 18, 1901, in the small town of Florence, South Carolina, to parents Henry Johnson and Alice Smoot, who were both laborers. Johnson realized his dreams of becoming an artist at a young age, copying cartoons from the paper as a child. However, as the oldest of the family’s five children, who lived in a poor, segregated town in the South, Johnson tucked away his aspirations of becoming an artist, deeming them unrealistic.

But Johnson finally left South Carolina in 1918, at the age of 17, to pursue his dreams in New York City. There, he enrolled at the National Academy of Design and met Charles Webster Hawthorne, a well-known artist who took Johnson under his wing. While Hawthorne recognized Johnson’s talent, he knew that Johnson would have a difficult time excelling as an African-American artist in the United States, and thus raised enough money to send the young artist to Paris, France, upon his graduation in 1926.

After arriving in Paris, William H. Johnson was exposed to a greater variety of art and culture. Renting a studio on the French Riviera, Johnson met other artists who influenced his style of artwork, including German expressionist sculptor Christoph Voll. Through Voll, Johnson met textile artist Holcha Krake, whom he would eventually marry. 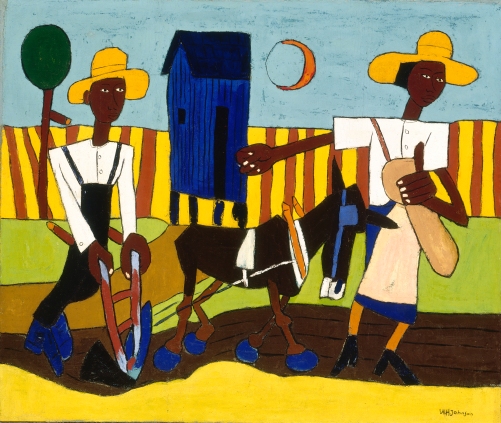 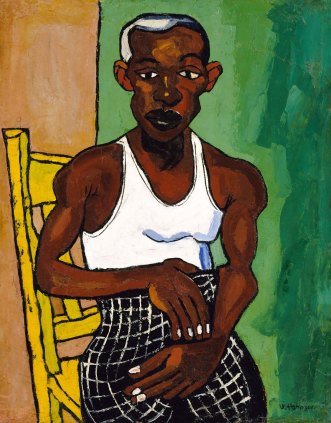 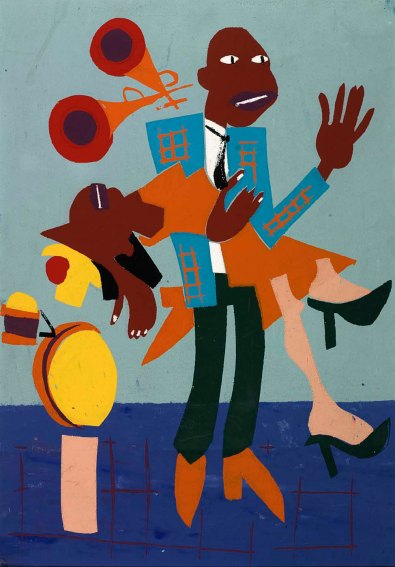 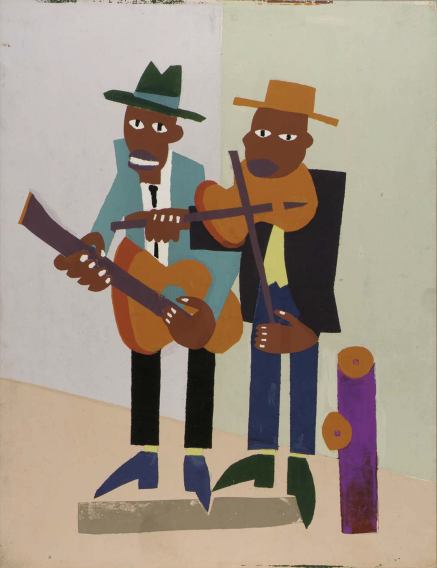 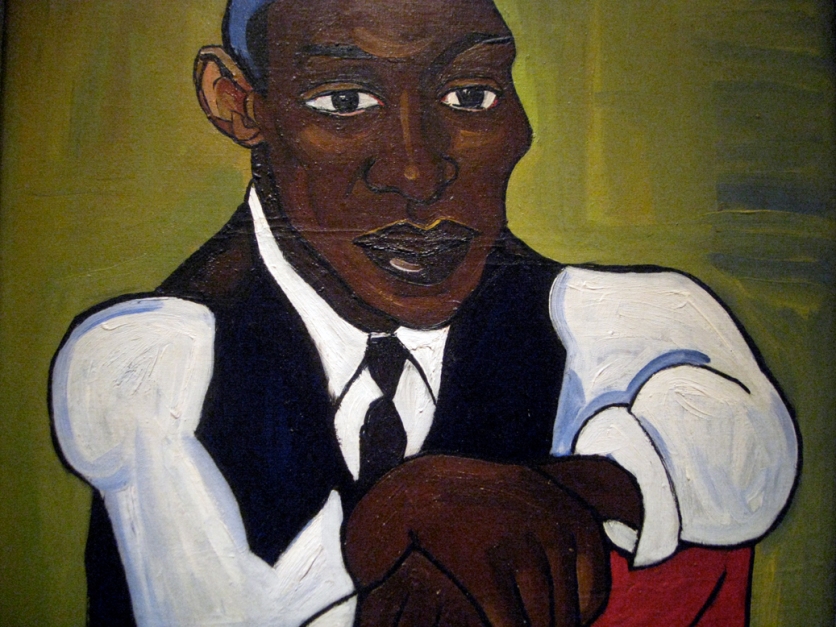 After several years in Paris, in 1930, Johnson ventured back to the United States with a newfound desire to establish himself in the art scene of his home country. While his unique form of artwork was appreciated when he returned to the United States, he was shocked by prejudice that he encountered in his hometown. There, he was arrested for painting on a local building that had become a brothel. Not long after the incident, a frustrated Johnson left South Carolina for Europe once again.

In late 1930, Johnson moved to Denmark and married Krake. When the two weren’t traveling to foreign areas such as North Africa, Scandinavia, Tunisia and other parts of Europe for artistic inspiration, they stayed in their quiet neighborhood of Kerteminde, Denmark. The peace didn’t last long, however; the increasing threat of World War II and growing Nazism led the interracial couple to move to New York in 1938.

Though they had moved to avoid any conflict with the Nazis, William and Holcha still faced racism and discrimination as an interracial couple living in the United States. The artistic community of Harlem, New York, which had become more enlightened and experimental following the Harlem Renaissance, embraced the couple, however.

Around this time, Johnson took a job as an art teacher at the Harlem Community Art Center, also continuing to create art in his spare time. Transitioning from expressionism to a primitive style of artwork, or primitivism, Johnson’s work during this time displayed brighter colors and two-dimensional objects, and often included portrayals of African-American life in Harlem, the South and the military. Some of these works, including paintings depicting black soldiers fighting on the front lines as well as the segregation that took place there, served as commentaries on the treatment of African Americans in the U.S. Army during World War II.

While his paintings of African Americans in the United States began to gain attention after they were showcased in exhibitions during the early 1940s, the break of the new decade marked the beginning of a downward spiral for the artist. In 1941, a solo exhibition was held for Johnson at Alma Reed Galleries. The following year, a fire destroyed Johnson’s studio, leaving his artwork and supplies reduced to ashes. Two years later, in 1944, Johnson’s beloved wife of 14 years, Krake, died of breast cancer.

Following Krake’s death, the already unhinged artist became mentally and physically unstable. Though his mind was begging to slip, Johnson still created artwork that would go on to be appreciated for years, including his “Fighters for Freedom” series, featuring paintings of famous American leaders such as George Washington and Abraham Lincoln.

Johnson went from one location to the next in an attempt to find comfort and stability after losing his wife, first traveling to his hometown of Florence, South Carolina, then to Harlem, and finally to Denmark in 1946. The following year, however, Johnson was hospitalized in Norway due to his growing mental illness, caused by syphilis. He was transferred to the Central Islip State Hospital, a psychiatric facility in Central Islip, Long Island, New York, where he would spend the next 23 years of his life, away from the attention that he’d garnered for his artwork. He died there in 1970, during his extended stay at the hospital.