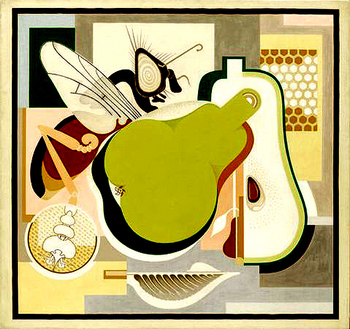 Today is the 132nd birthday of one half of one of the most elegant couples of the Jazz-Age-Lost-Generation-Paris-in-the-1920s:  Gerald Murphy.  I think that I first ‘discovered’ Gerald and Sara Murphy when I was reading a collections of F. Scott Fitzgerald’s letters.  He and Sara wrote back and forth quite frequently, especially after Zelda’s first trip to the hospital.  I feel in love them while mourned the slow death of letter writing.  No one will ever publish a collection of text messages between anyone, that form of communication is one of the casualties on the other side of the conveniences of all this connectivity.  The world is a better place because he was in it and still feels the loss that he has left.

BEST KNOWN FOR: Gerald Murphy was a wealthy expatriate American and painter who moved to the French Riviera with his wife and children in the early 20th century. Their generous hospitality and flair for parties, created a vibrant social circle, particularly in the 1920s, that included a great number of artists and writers of the Lost Generation.

Gerald was an esthete from his childhood forward. He was never comfortable in the boardrooms and clubs for which his father was grooming him. He flunked the entrance exams at Yale three times before matriculating, although he performed respectably there. He joined DKE and the Skull and Bones society. He befriended a young freshman named Cole Porter (Yale class of 1913) and brought him into DKE. Murphy also introduced Porter to his friends, propelling him into writing music for Yale musicals. 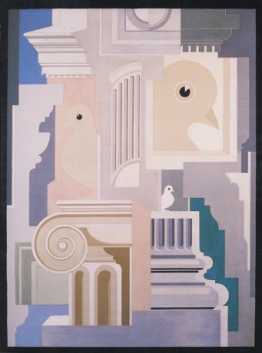 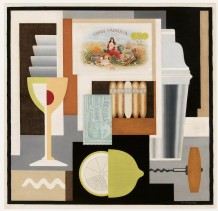 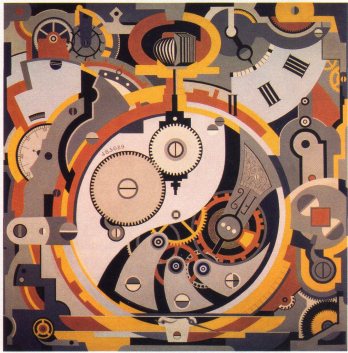 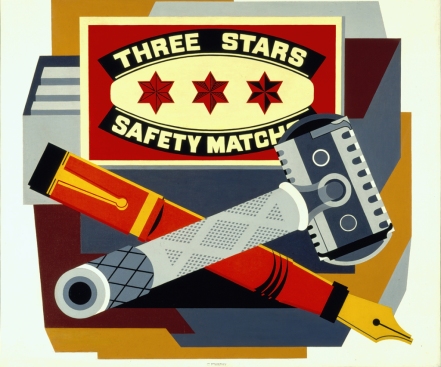 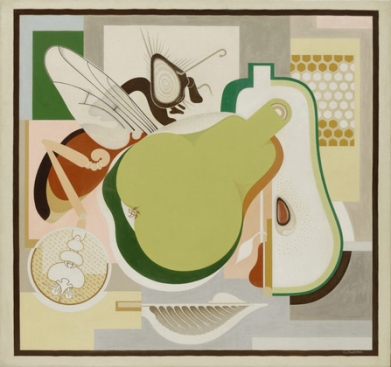 “Wasp and Pear” by Gerald Murphy

They had three children, Baoth, Patrick, and Honoria. In 1929, Patrick was diagnosed with tuberculosis. They took him to Switzerland, and then returned to the U.S. in 1934, with Gerald in Manhattan, where he ran Mark Cross, serving as president of the company from 1934 to 1956; he never painted again. Sara settled in Saranac Lake, New York to nurse Patrick, and Baoth and Honoria were put in boarding schools. In 1935, Baoth died unexpectedly of meningitis, a complication of the measles, and Patrick succumbed to TB in 1937. Archibald MacLeish based the main characters in his play J.B. on Gerald and Sara Murphy.