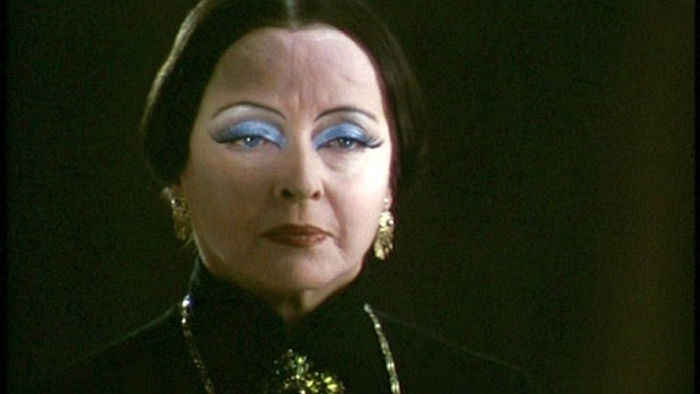 Today is the 112th birthday of Bette Davis.  You have seen All About Eve, Whatever Happened To Baby Jane?, and maybe even Hush, Hush Sweet Charlotte and The Nanny.  But have you seen Madame Sin, Return From Witch Mountain or her episode of To Catch a Thief?  You must.  The world is a better place because she was in it and still feels the loss that she has left.

“But you ARE, Blanche. You ARE in that chair.” 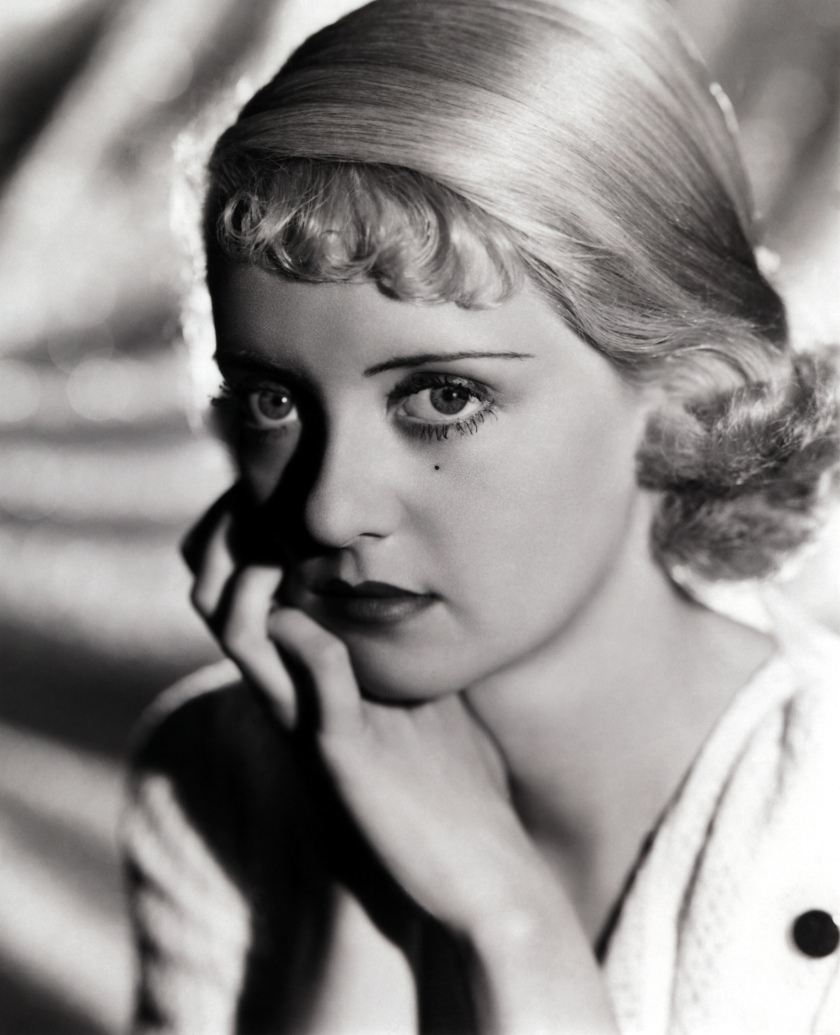 BEST KNOWN FOR: Bette Davis is remembered as one of Hollywood’s legendary leading ladies, famous for her larger-than-life persona and for her nearly 100 film appearances.

Bette Davis was born Ruth Elizabeth Davis on April 5, 1908, in Lowell Massachusetts, to Ruth (Favor) and Harlow Morrell Davis. When she was 7 years old, her father divorced her mother, who was left to raise Bette and younger daughter Barbara on her own.

As a teen, Davis began acting in school productions at the Cushing Academy in Massachusetts. After a stint in summer stock theater in Rochester, New York, Davis moved to New York City, where she attended the John Murray Anderson/Robert Milton School of Theatre and Dance. Lucille Ball was one of her classmates.

Davis began to audition for theater parts in New York, and in 1929 she made her stage début at Greenwich Village’s Provincetown Playhouse in The Earth Between. Later that year, at the age of 21, she made her first Broadway appearance in the comedy Broken Dishes.

A screen test landed Davis a contract with Hollywood’s Universal Pictures, where she was assigned a small role in the film Bad Sister (1931), followed by similar minor parts in a few more movies. She moved to Warner Brothers in 1932, after gaining notice in that studio’s production of The Man Who Played God. Following this breakthrough, Davis would go on to make 14 films over the next three years.

In 1934, Warner Brothers loaned Davis to RKO Pictures for Of Human Bondage, a drama based on a novel by W. Somerset Maugham. Davis received her first Academy Award nomination for her performance as the vulgar, cold-hearted waitress Mildred. Throughout the rest of her career, she would portray many other strong-willed, even unlikable, women who defied society’s rules.

Davis won her first Academy Award in 1935, for her role as a troubled young actress in Dangerous. She then appeared in The Petrified Forest with male stars Leslie Howard and Humphrey Bogart in 1937. After a rocky period at Warner Brothers, during which time she was suspended for turning down roles, sued the studio and spent some time in England, she returned to Hollywood, and was offered a higher salary and better choice of roles.

Davis received her second Oscar for her performance as a rebellion Southern belle in 1938’s Jezebel. A number of critical and box-office successes followed: She played a heiress coming to terms with mortal illness in Dark Victory and Elizabeth I in The Private Lives of Elizabeth and Essex (both released in 1939), and went on to deliver several well-received performances in films of the 1940s, including The Little Foxes; the comedy The Man Who Came to Dinner; the American drama Now, Voyager; and the drama The Corn is Green. By the time she severed ties with Warner Brothers in 1949, Davis was one of its largest talents.

In 1950, Davis gave one of her most indelible performances in the show-business drama All About Eve, starring as Margo Channing, a theater actress who fends off the insecurities of approaching middle age (and the scheming of a manipulative protégé) with sarcastic wit and more than a few cocktails. In one of her many memorable lines, she quipped, “Fasten your seatbelts: it’s going to be a bumpy night.”

Davis depicted Elizabeth I again in The Virgin Queen (1955) and appeared in Tennessee Williams’s The Night of the Iguana on Broadway in 1961. Some of her other work during this time was more lurid, however. In the horror movie (and camp classic) What Ever Happened to Baby Jane? (1962), she co-starred with Joan Crawford as a former child star caring for her disabled sister. She was featured in another horror film in 1964, Hush…Hush Sweet Charlotte, and then played an eye-patch-wearing matriarch in the melodrama The Anniversary in 1968.

Despite health problems in her late years, including a fight against breast cancer, Davis continued acting. She appeared in the horror movie Burnt Offerings (1976) and was part of the all-star ensemble cast of the Agatha Christie mystery Death on the Nile (1979). One of her final film roles was that of a blind woman in The Whales of August (1987), appearing opposite Lillian Gish. She also appeared on television, winning an Emmy Award for 1979’s Strangers: The Story of a Mother and Daughter.

Davis received many awards later in life, including the American Film Institute Life Achievement Award in 1977 and the Kennedy Center Honors Award in 1987.