Today is the 103rd birthday of the actor Raymond Burr. He played Lars Thorwald in Rear Window and I am not even sure he had any lines, but was nevertheless frightening. He played Perry Mason and Robert T. Ironside, two of the best TV detectives of the 60s and 70s. The world is a better place because he was in it and still feels the loss that he has left.

BEST KNOWN FOR: Canadian actor Raymond Burr is best known for his title roles in the television dramas Perry Mason and Ironside.

A commanding, heavy-set player, Raymond Burr first made an impression in vicious roles in the Anthony Mann films noir, “Desperate” (1947) and “Raw Deal” (1948). With his dark hair, prominent eyebrows and stern voice, Burr made an ideal villain. An economical actor, he brought an aura of authority to many of his best roles, whether it be the attorney prosecuting Montgomery Clift in “A Place in the Sun” (1951) or the white-haired, methodical murderer Lars Thorwald in Alfred Hitchcock’s masterful “Rear Window” (1954).

During the course of his career, the Canadian-born actor often spun stories of his early life that made good copy but were complete embellishments of the truth. The eldest son of William Burr, a hardware salesman, and his wife Minerva, a pianist, Burr relocated to California in 1923 with his family. His mother had decided to pursue a career as a musician and went to live at a hotel run by her parents. After she divorced Burr’s father, Minerva Burr made her living providing musical accompaniment in silent movie theaters. A pudgy child, Burr was often teased by his classmates and he withdrew from the San Rafael Military Academy rather than face the taunts of his contemporaries. Following a stint as a ditch digger, the newly svelte Burr began to hone his craft at the Pasadena Playhouse and eventually landed on Broadway in 1940 in the short-lived play “Crazy with the Heat.” He garnered attention in the period drama “Duke in Darkness” (1944) and was spotted by an agent who arranged a screen test.

Burr was put under contract at RKO (where future co-star Barbara Hale was also beginning her career) and he made his film debut in the Claudette Colbert-John Wayne vehicle “Without Reservations” (1946). While he cut a dashing figure, Burr was quick to discern that he was more suited to character roles, so he gained some weight and lent his physically imposing presence to supporting roles as gangsters and cops for most of the remainder of the decade.

When George Stevens cast him as the prosecutor in “A Place in the Sun,” Burr had the opportunity to demonstrate his range and authoritative presence in what can be seen as a precursor to his signature television role. He also shone as the wolfish murder victim of Anne Baxter in “The Blue Gardenia” (1953) which was followed by what is perhaps his best feature performance, “Rear Window.” With a shock of white hair, heavyset figure and round glasses, he cut a strong figure as the henpecked husband driven to homicide. (Film historians have subsequently made note of the actor’s physical resemblance to producer David O Selznick, with whom Hitchcock had previously worked). That same year, he also had a rare lead role as the authoritative reporter (and only non-Japanese actor) in the American release version of “Godzilla” (1956).

The following year, Burr underwent a sea-change which for the remainder of his career typed him completely differently, to the enjoyment of millions of TV fans. Although Efrem Zimbalist Jr and Fred MacMurray were reportedly strong contenders for the part, Burr was tapped to play the crafty attorney “Perry Mason” on the most famous courtroom drama in TV history. With Barbara Hale as his devoted girl Friday, Della Street, William Hopper as his intrepid sidekick and William Talman as the prosecutor who seemingly never won a case, Burr displayed a combination of impassive underplaying and flashy theatrics as he demolished witnesses, sprung surprises and exhaled heavily while patrolling the courtroom. While the legend is that Burr’s Mason never lost a case, he did in one episode and the resultant public outcry led to the permanent shelving of that episode. After nine seasons and two Emmy Awards, the actor retired the character and looked for new opportunities.

Many in Hollywood thought Burr was typecast as Mason; even his own agent reportedly told him to consider retiring as no one could envision him as another character. In those days it was rare for an actor to be able to create one signature role, but Burr was fortunate to find a successful follow-up in the persona of “Ironside” (NBC, 1967-75), the wheel-chair bound police chief. The aging star directed his special task force on crime with a more subdued yet still authoritative hand, skillfully suggesting a swallowed rage at his confinement. While he continued to work, he was unable to recapture the magic in subsequent attempts at series TV. Burr continued to appear in prestige TV productions like the NBC miniseries “Centennial” (1978-79) and the occasional feature (e.g., the ill-advised “Godzilla 1985”) and lent his unique vocal talents as a narrator for TV specials and documentaries. In 1985, Burr revisited his signature role in “Perry Mason Returns” (for NBC) and went on to headline two dozen more TV-movies. Still feisty, but now white-haired and bearded, he remained a potent force in the courtroom. Just prior to his 1993 death from cancer, he also headlined “The Return of Ironside” (NBC) and had completed filming of what became his swan song, “The Case of the Killer Kiss.” 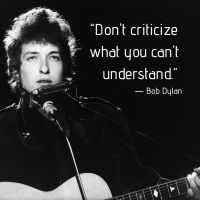