Today is the 207th birthday of poet Ralph Waldo Emerson. The world is a better place because he is in it and still feels the loss that he has left. 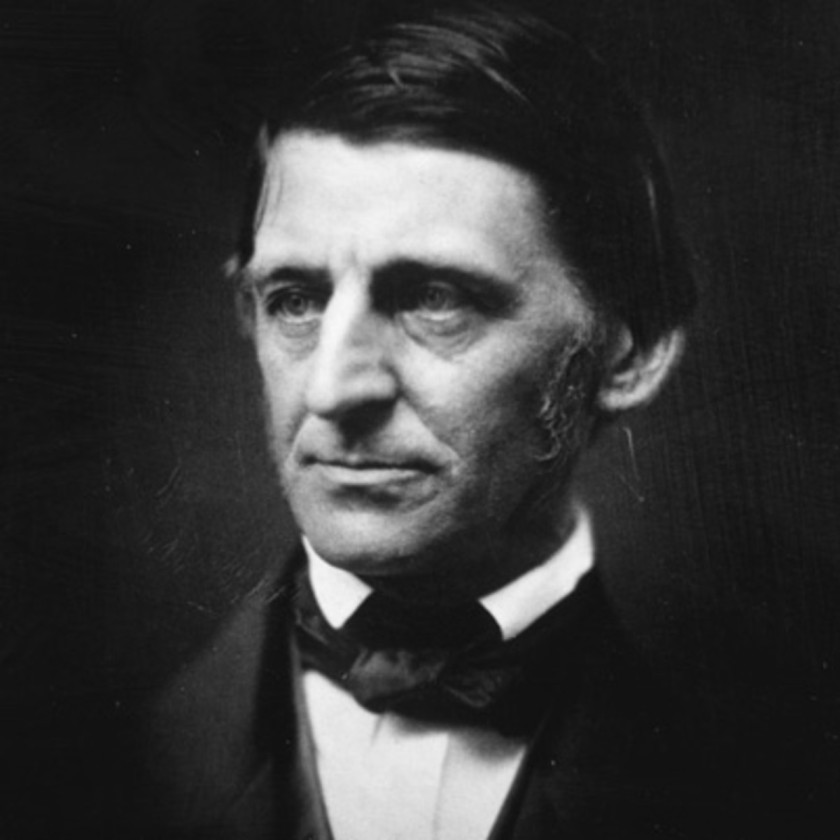 BEST KNONW FOR: Ralph Waldo Emerson was an American Transcendentalist poet, philosopher and essayist during the 19th century. One of his best-known essays is “Self-Reliance.”

Ralph Waldo Emerson was born on May 25, 1803, in Boston, Massachusetts. He was the son of William and Ruth (Haskins) Emerson; his father was a clergyman, as many of his male ancestors had been. He attended the Boston Latin School, followed by Harvard University (from which he graduated in 1821) and the Harvard School of Divinity. He was licensed as a minister in 1826 and ordained to the Unitarian church in 1829.

Emerson married Ellen Tucker in 1829. When she died of tuberculosis in 1831, he was grief-stricken. Her death, added to his own recent crisis of faith, caused him to resign from the clergy.

In 1832 Emerson traveled to Europe, where he met with literary figures Thomas Carlyle, Samuel Taylor Coleridge and William Wordsworth. When he returned home in 1833, he began to lecture on topics of spiritual experience and ethical living. He moved to Concord, Massachusetts, in 1834 and married Lydia Jackson in 1835.

Emerson’s early preaching had often touched on the personal nature of spirituality. Now he found kindred spirits in a circle of writers and thinkers who lived in Concord, including Margaret Fuller, Henry David Thoreau and Amos Bronson Alcott (father of Louisa May Alcott).

In the 1830s Emerson gave lectures that he afterward published in essay form. These essays, particularly “Nature” (1836), embodied his newly developed philosophy. “The American Scholar,” based on a lecture that he gave in 1837, encouraged American authors to find their own style instead of imitating their foreign predecessors.

Emerson became known as the central figure of his literary and philosophical group, now known as the American Transcendentalists. These writers shared a key belief that each individual could transcend, or move beyond, the physical world of the senses into deeper spiritual experience through free will and intuition. In this school of thought, God was not remote and unknowable; believers understood God and themselves by looking into their own souls and by feeling their own connection to nature.

The 1840s were productive years for Emerson. He founded and co-edited the literary magazine The Dial, and he published two volumes of essays in 1841 and 1844. Some of the essays, including “Self-Reliance,” “Friendship” and “Experience,” number among his best-known works. His four children, two sons and two daughters, were born in the 1840s.

Emerson’s later work, such as The Conduct of Life (1860), favored a more moderate balance between individual nonconformity and broader societal concerns. He advocated for the abolition of slavery and continued to lecture across the country throughout the 1860s.

By the 1870s the aging Emerson was known as “the sage of Concord.” Despite his failing health, he continued to write, publishing Society and Solitude in 1870 and a poetry collection titled Parnassus in 1874.

Emerson died on April 27, 1882, in Concord. His beliefs and his idealism were strong influences on the work of his protégé Henry David Thoreau and his contemporary Walt Whitman, as well as numerous others. His writings are considered major documents of 19th-century American literature, religion and thought.