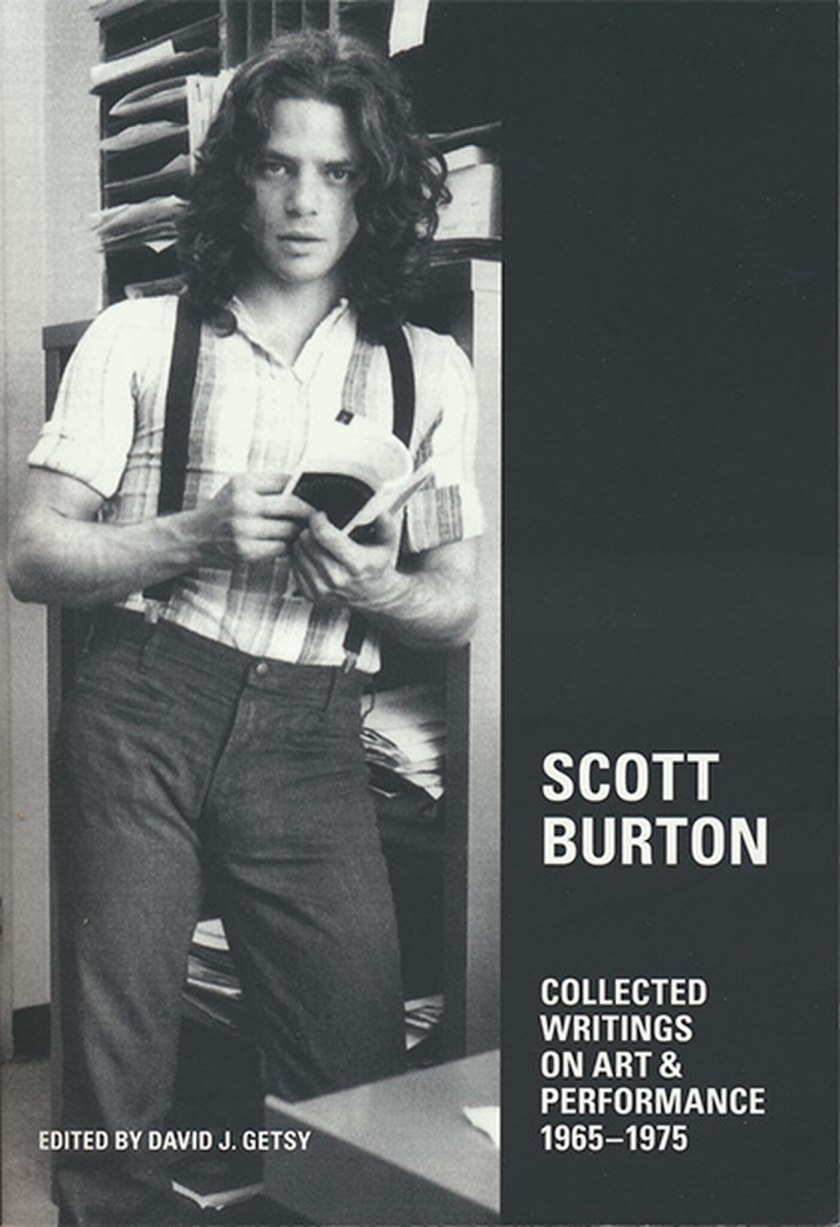 Today is the 81st birthday of the performance artist, art critic, and sculptor Scott Burton. His work is beautiful and delicate in it’s simplicity even though it is most often made of stone or metal. The world is a better place because he was in it and still feels the loss that he has left. 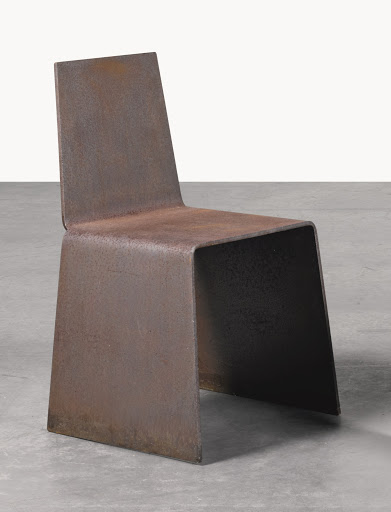 BEST KNOWN FOR: Scott Burton was an American sculptor and performance artist best known for his large-scale furniture sculptures in granite and bronze.

Burton was born in Greensboro, Alabama to Walter Scott Burton, Jr. and Hortense Mobley Burton. While Burton was a child, his parents separated and Burton relocated to Washington, DC. with his mother.

Burton began his artistic career at the Washington Workshop of the Arts in the mid-1950s, before progressing to the Hans Hofmann School of Fine Arts in Provincetown, Massachusetts. Between 1959 and 1962 Burton took classes at Goddard College in Plainfield, Vermont, George Washington University in Washington, D.C., Harvard University, and Columbia University, where he finally received his bachelor’s degree. In 1963 Burton was awarded a Master of Fine Arts degree from New York University in New York City.

During his decade-long relationship with the painter John Button in the 1960s, Burton was introduced to the social networks of the art, dance, and theater communities of New York. He came to meet, among others, Edward Albee, Jerome Robbins, Lincoln Kirstein, and Alex Katz. Throughout the 1960s, Burton attempted to be a playwright and librettist, but in 1965 started writing art criticism. In 1966, he began as an editorial associate at Artnews, eventually becoming an editor. He wrote a substantial amount of art criticism in the late 1960s in this role, including the introduction to the pivotal exhibition Live in Your Head: When Attitudes Become Form at the Kunsthalle Berne. Starting in 1969, he began to make performance art, first contributing to the “Street Works” events held in 1969 (and featuring such artists as Vito Acconci and Eduardo Costa). Throughout the 1970s, Burton was known mostly as an art critic and performance artist. In 1972, he showed his Group Behavior Tableaux performance at the Whitney Museum of American Art, and went on to stage other tableaux performances at such venues as the Guggenheim, Documenta, and the Berkeley Art Museum. He began incorporating furniture into his work as early as 1970, and it would grow from being an active participant in his performances to his main area of output. He first realized his sculptures in 1975, culminating in his exhibition at Artists Space in New York, where he showed his Bronze Chair. Through the remaining 1970s, Burton would continue to create performance art pieces and, increasingly, sculpture and public art. It was public art that caught his imagination, and starting in 1979 he began to reconsider his role as an artist by making works of functional furniture-as-sculpture (pragmatic sculpture, he called it) that were meant to be largely anonymous, invisible, and woven into the fabric of the everyday. 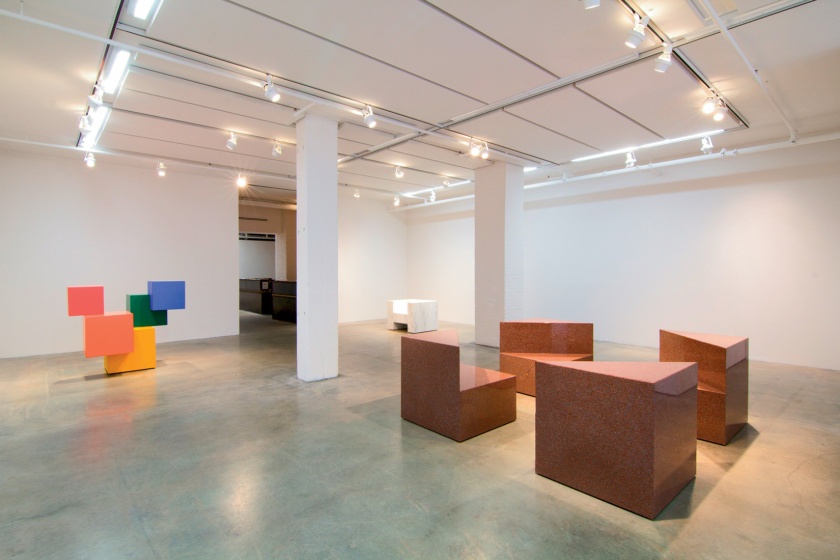 In the 1980s, he became known primarily as a sculptor of refined sculptural furniture and ambitious and useful interventions in public space. His “tables” and “chairs” challenge the distinction between furniture and sculpture. Two-Part Chairs, Right Angle Version (a Pair), (1983-87), represents this concept aptly. The interlocking granite chairs can found at the Western Washington University Public Sculpture Collection. One version, Two-Part Chair (1986) embeds hidden queer experiences, while also serving as a functional chair. Its two interlocking granite pieces represent two highly abstracted figures, posed in a sexual position. The two parts of the chair are mutually supportive, neither part can stand without the other. Copper Pedestal Table from 1981–83, in the collection of the Honolulu Museum of Art, is an example of such a “table”. It is as much a minimalist sculpture as it is a table. Allegedly, Burton threw a brick through the window of Donald Judd’s house at 101 Spring Street in Soho, when he found out that Judd had also been making furniture. Burton was influenced by Judd’s 1965 essay “Specific Objects.”

One of Burton’s primary artistic concerns was the dissolution of aesthetic boundaries, especially the traditional boundary between fine art and utilitarian design. The art historian Robert Rosenblum described Burton as “…singular and unique as a person as he was as an artist. His fiercely laconic work destroyed the boundaries between furniture and sculpture, between private delectation and public use and radically altered the way we see many 20th-century masters, including Gerrit Rietveld and Brâncuși.

Burton died of complications due to AIDS on December 29, 1989, at Cabrini Medical Center in New York City. He was survived by his partner, Jonathan Erlitz, who died in 1998.