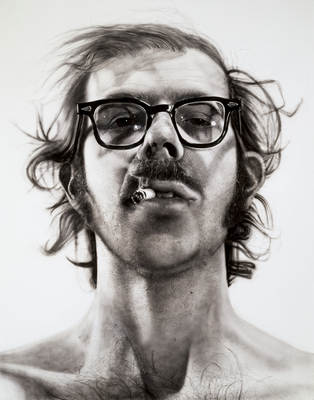 Today is the 80th birthday of the artist and Northwest native Chuck Close.  If you ever have a chance to see his work in person, please do yourself a favor and take advantage of that opportunity, they are spectacular.  Watch the video of how they are created and you will be inspired to never look at your own personal obstacles in the same way.  Excuses for not doing something you think you want to or should do really just means that you need to come to the conclusion that you don’t actually want to do it.  The world is very lucky to still have Chuck Close in it. 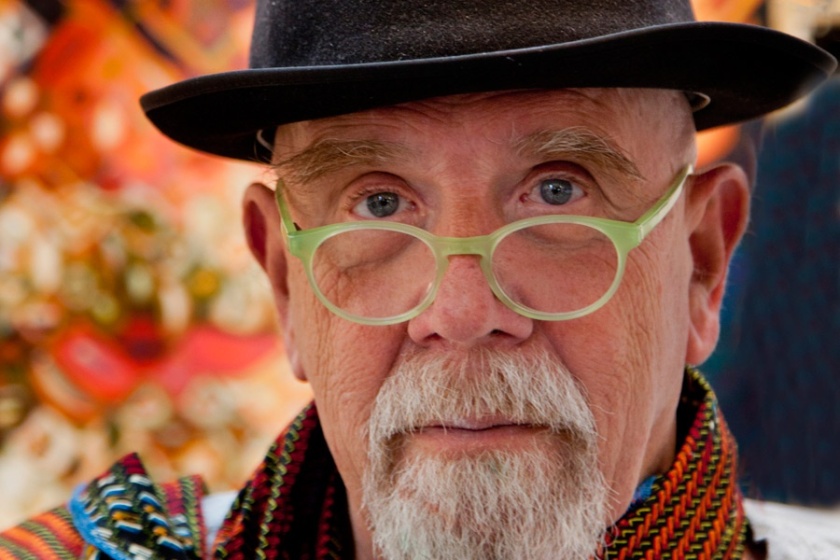 BEST KNOWN FOR: Chuck Close is noted for his highly inventive techniques used to paint the human face. He rose to fame in the late 1960s for his large-scale, photo-realist portraits.

I think most paintings are a record of the decisions that the artist made. I just perhaps make them a little clearer than some people have. 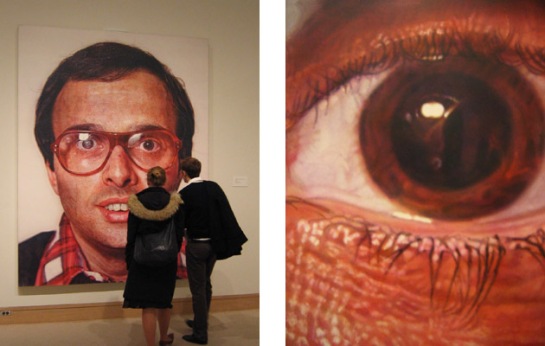 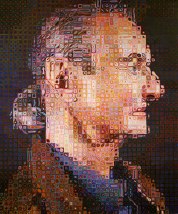 Charles Thomas Close was born July 5, 1940, in Monroe, Washington. The son of artistic parents who showed great support of their boy’s early creative interests, Close, who suffers from severe dyslexia, struggled in almost all phases of schoolwork except art. He was not terribly popular in school, and his problems were furthered by a neuromuscular condition that prevented him from playing sports.

For the first decade of his life, Close’s childhood was more or less stable. But when he was 11, tragedy struck, when his father died and his mother fell ill with breast cancer. Close’s own health took a terrible turn around this time as well, when a kidney infection landed him in bed for almost a year.

Through all of this, however, Close deepened his love for painting and art in general. At the age of 14, he saw an exhibition of Jackson Pollock paintings. Pollock’s style and flair had a great impact on Close, and, as he later recounted, it made him determined to become an artist.

Close eventually enrolled at the University of Washington, graduating in 1962 and immediately heading east to Yale to study for a Master of Fine Arts from the university’s Art and Architecture School.

Steeped heavy in the abstract world, Close radically changed his focus at Yale, opting for what would become his signature style: photo-realism. Using a process he came to describe as “knitting,” Close created large-format Polaroids of models that he then recreated on large canvases.

This early work was bold, intimate and up-front, replicating the particular details of his selected faces. In addition, his pieces blurred the distinction between painting and photography in a way that had never been done before. His techniques too were noteworthy, in particular his application of color, which helped pave the way for the development of the inkjet printer.

By the late 1960s, Close and his photo-realist pieces were entrenched in the New York City art scene. One of his best-known subjects from that period was of another young artistic talent, composer Philip Glass, whose portrait Close painted and showed in 1969. It has since gone on to become one of his most recognized pieces. He later painted choreographer Merce Cunningham and former President Bill Clinton, among others.

By the 1970s, Close’s work was shown in the world’s finest galleries, and he was widely considered one of America’s best contemporary artists.

In 1988, Close again experienced the trauma of a severe health issue when he suffered the sudden rupture of a spinal artery. In the immediate aftermath of the incident, Close was left almost entirely paralyzed. Eventually, after rounds of physical therapy, Close, who became permanently confined to a wheelchair, regained the partial use of his limbs.

Despite the physical limitations, Close pressed forward with his work. With a brush taped to his wrist, Close continued to paint, but in a style that was more abstract and less precise. His reputation and standing have not suffered in the least.

In the years since, Close’s position atop the American art world hasn’t changed. His work has been met with rave reviews and expensive commissions. In 2000 President Clinton named Close a recipient of the National Medal of Arts. In 2007 his life became the subject of a full-length documentary, Chuck Close: A Portrait in Progress, by director Marion Cajori. Close and his wife, Leslie, live in New York City and Long Island, New York.