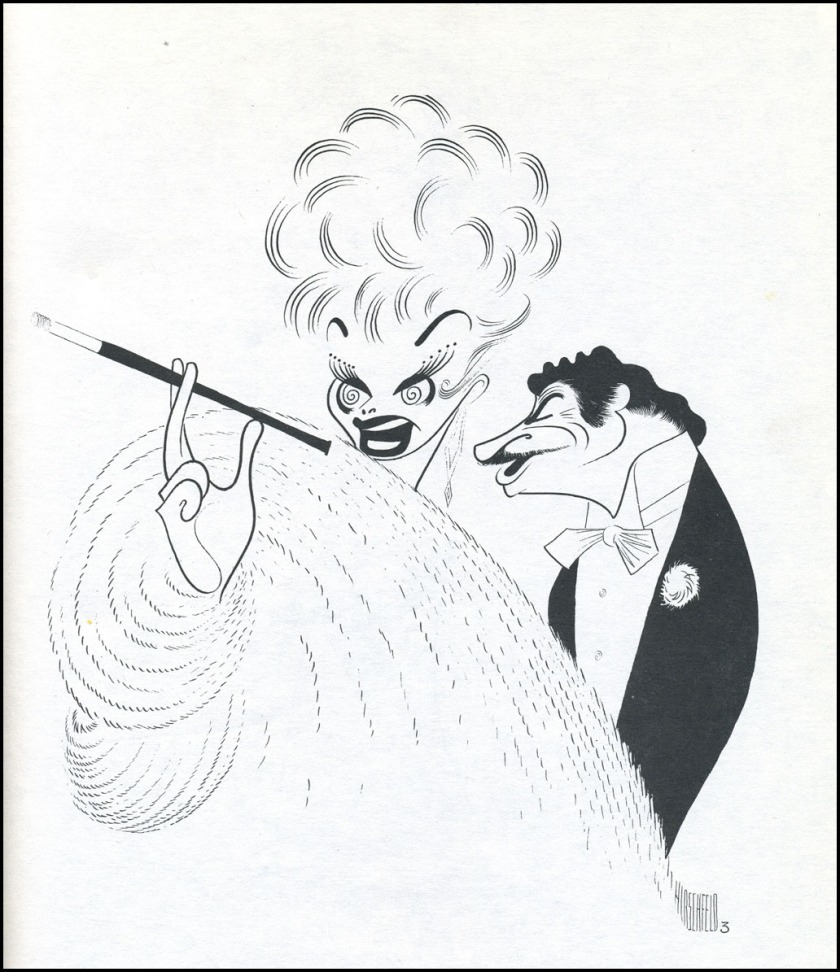 Today is the 109th birthday of Lucille Ball.  He comic timing and trailblazing genius has made TV what it is today.  The world is a better place because she was in it and still feels the loss that she has left.

BEST KNOWN FOR: Lucille Ball was a comedienne and actress and the star of the pioneering sitcoms “I Love Lucy,” “The Lucille Ball Show” and “Here’s Lucy.”

I’m not funny. What I am is brave.

Lucille Ball was born on August 6, 1911, in Jamestown, New York, to Henry Durrell Ball and his wife Desiree. The elder of the couple’s two children (her brother, Fred, was born in 1915), Lucille had a hardscrabble childhood shaped by tragedy and a lack of money.

Ball’s father, Henry (or Had, as he was known to his family) was an electrician, and not long after his daughter’s birth he relocated the family to Montana for work. Then it was off to Michigan, where Had took a job as a telephone lineman with the Michigan Bell Company. Life came undone in February 1915 when Had was struck with typhoid fever and died. For Ball, just 3 years old at the time, her father’s death not only set in motion a series of difficult childhood hurdles, but also served as the young girl’s first real significant memory.

“I do remember everything that happened,” she said. “Hanging out the window, begging to play with the kids next door who had measles, the doctor coming, my mother weeping. I remember a bird that flew in the window, a picture that fell off the wall.”

Desiree, still reeling from her husband’s unexpected death and pregnant with Fred, packed up and returned to Jamestown, New York, where she eventually found work in a factory and a new husband, Ed Peterson. Peterson, though, wasn’t a fan of kids, especially young ones, and with Desiree’s blessing, he decided the two of them would move to Detroit without her children. Fred moved in with Desiree’s parents, while Lucille was forced to make a new home with Ed’s folks. For Ball that meant contending with Peterson’s stern mother, who didn’t have much money to lavish on her step-granddaughter. The family, Lucille would later recall, lacked enough money even for school pencils.

Finally, at age 11, Lucille reunited with her mother when Desiree and Ed returned to Jamestown. Even then, Ball had an itch to do something big, and when she was 15 she convinced her mother to allow her to enroll in a New York City drama school. But despite her longing to make it on the stage, Ball was too nervous to draw much notice.

“I was a tongue-tied teenager spellbound by the school’s star pupil, Bette Davis,” said Ball. The school finally wrote her mother, “Lucy’s wasting her time and ours. She’s too shy and reticent to put her best foot forward.”

She remained in New York City, however, and by 1927 Ball, who had started calling herself Diane Belmont, found work as a model, first for fashion designer Hattie Carnegie, and then, after overcoming a debilitating bout of rheumatoid arthritis, for Chesterfield cigarettes.

In the early 1930s, Ball, who had dyed her chestnut hair blonde, moved to Hollywood to seek out more acting opportunities. Work soon followed, including a stint as one of the 12 “Goldwyn Girls” to promote the 1933 Eddie Cantor flick Roman Scandals. She landed a role as an extra in the Ritz Brothers film The Three Musketeers, and then in 1937 earned a sizable part in Stage Door, starring Katharine Hepburn and Ginger Rogers.

All told, Ball would appear in 72 movies during her long career, including a string of second-tier films in the 1940s that garnered her the unofficial title “The Queen of B Movies.” One of the earliest ones, a movie called Dance, Girl, Dance, introduced her to a handsome Cuban bandleader named Desi Arnaz. The two appeared together in Ball’s next film, Too Many Girls, and before the year was out, the pair fell madly in love and married.

For the careful, career-minded Ball, who had periodically been romantically linked to a series of older men, Arnaz was something completely different: fiery, young (he was just 23 when they met) and with a bit of a reputation as a ladies’ man. Friends and colleagues guessed the romance between the apparently mismatched entertainers wouldn’t last a year.

But Ball seemed drawn to Arnaz’s spark, and while her husband’s attention sometimes did stray romantically from the marriage, the truth is that during their 20 years together, Arnaz greatly supported Ball’s career hopes.

Still, as the late 1940s rolled around, Ball, who had dyed her hair red in 1942 at MGM’s urging, was looking at a stagnant movie career, unable to break into the kinds of starring roles she’d always dreamed about. As a result, Arnaz pushed his wife to try broadcasting, and it wasn’t long before Ball landed a lead part in the radio comedy My Favorite Husband. The program caught the attention of CBS executives, who wanted her to recreate something like it on the small screen. Ball, though, insisted it include her real-life husband, something the network clearly wasn’t interested in seeing happen. So Ball walked away, and with Desi put together an I Love Lucy–like vaudeville act and took it on the road. Success soon greeted the pair. So did a contract from CBS.

From the get-go Ball and Arnaz knew exactly what they wanted from the network. Their demands included the opportunity to create their new program in Hollywood rather than New York, where most TV was still being shot. But the biggest hurdle centered on the couple’s preference to shoot on film rather than the less expensive kinescope. When CBS told them it would cost too much, Ball and Arnaz agreed to take a pay cut. In return they would retain full ownership rights to the program and run it under their newly formed production company, Desilu Productions.

On October 15, 1951, I Love Lucy made its debut, and to the television viewing audience across the country it was immediately apparent this was a sitcom like no other. Bombastic and daring, the show, which co-starred Vivian Vance and William Frawley, as Lucy and Desi’s two best friends, set the stage for a generation of family-related sitcoms to come. The program included story lines that dealt with marital issues, women in the workplace and suburban living.

And in perhaps one of the most memorable TV episodes ever, I Love Lucy touched on the theme of pregnancy, when Lucy gave birth to Little Ricky on January 19, 1953, the same day the real-life Lucy delivered her son Desi Jr. by cesarean. (Ball and Arnaz’s first child, Lucie, had arrived two years before.)

As the title of the show indicated, Lucy was the star. While she could at times downplay her hard work, Ball was a perfectionist. Contrary to perception, rarely was anything ad-libbed. It was routine for the actress to spend hours rehearsing her antics and facial expressions. And her groundbreaking work in comedy paved the way for future stars such as Mary Tyler Moore, Penny Marshall, Cybill Shepherd, and even Robin Williams.

Her genius did not go unrecognized. During its six-year run, I Love Lucy‘s success was unmatched. For four of its seasons, the sitcom was the No. 1 show in the country. In 1953 the program captured an unheard-of 67.3 audience share, which included a 71.1 rating for the episode that featured Little Ricky’s birth, a turnout that surpassed the television audience for President Eisenhower’s inauguration ceremonies.

While the show ended in 1957, Desilu Productions continued on, producing more television hits like Our Miss Brooks, Make Room for Daddy, The Dick Van Dyke Show, The Untouchables, Star Trek, and Mission: Impossible.

In 1960 Ball and Arnaz divorced. Two years later, Ball, now remarried to comedian Gary Morton, bought out her former husband and took over Desilu Productions, making her the first woman to run a major television production studio. She eventually sold the company to Gulf-Western in 1967 for $17 milllion.

More acting work followed, including a pair of sitcoms, The Lucy Show (1962-68) and Here’s Lucy (1968-73). Both achieved a modest level of success, but neither captured the magic that had defined her earlier program with Arnaz. It didn’t matter, though. Even if she had never done another piece of acting again, Lucille Ball’s impact on the world of comedy and the television industry in general would have been widely recognized.

In 1971 she became the first woman to receive the International Radio and Television Society’s Gold Medal. In addition there were four Emmys, induction into the Television Hall of Fame and recognition for her life’s work from the Kennedy Center for the Performing Arts.

In 1985, Ball strayed from her comedic background to take on a dramatic role as a homeless woman in the made-for-TV movie Stone Pillow. While it was hardly a smash hit, Ball earned some praise for her performance. Most critics, though, wanted to see her return to comedy, and in 1986 she debuted a new CBS sitcom, Life With Lucy. The program earned its star $2.3 million but not much of an audience. After just eight episodes it was canceled.

It was to be Ball’s last real television role. Three years later, on April 26, 1989, she died from a ruptured aorta following open-heart surgery at Cedars-Sinai Medical Center in Los Angeles.