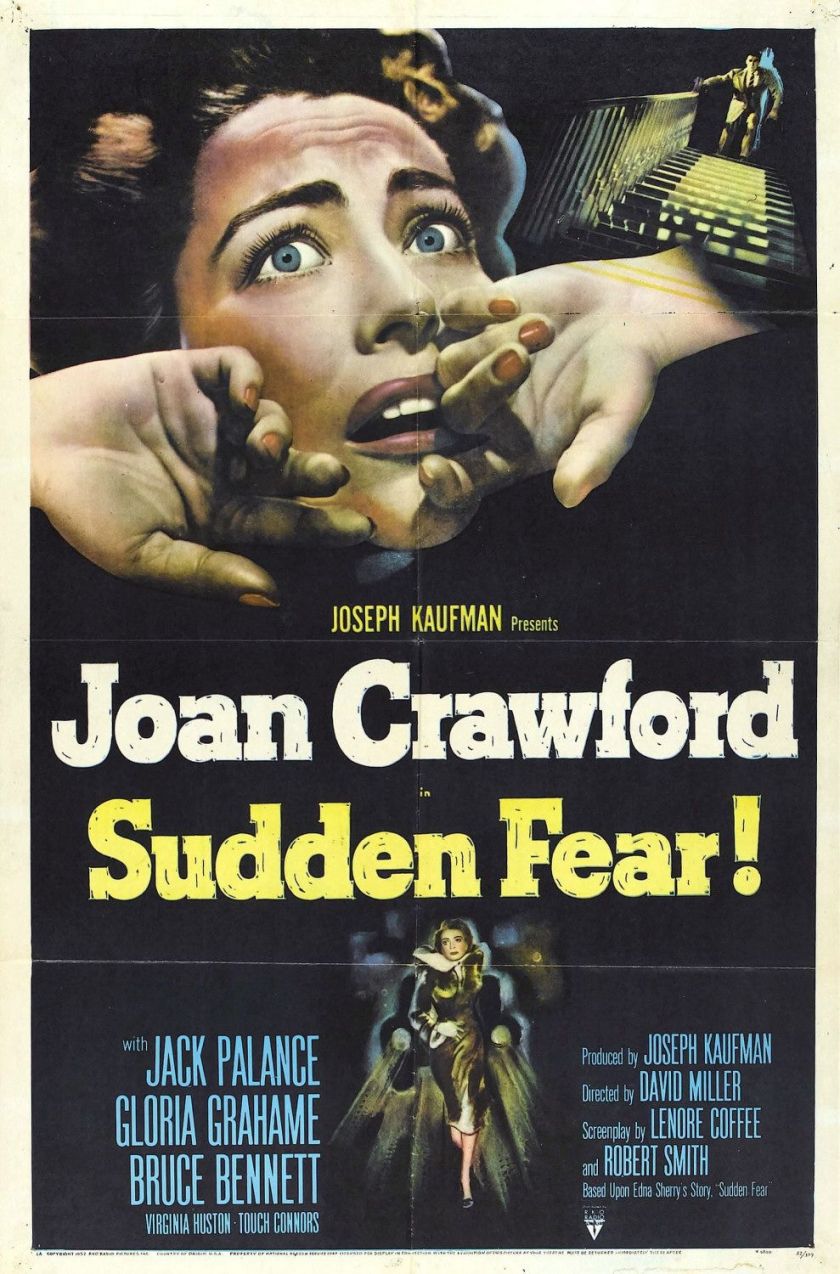 Sixty-eight years ago today, the film Sudden Fear premiered. You have to see this movie. Oh wait, the hole film is below.

Myra Hudson (Crawford) is a successful Broadway playwright who rejects Lester Blaine (Palance) as the lead in her new play. Later, she meets Lester on a train bound for San Francisco, is swept off her feet, and, after a brief courtship, marries him.

Lester learns that Myra is writing her will and plans to leave the bulk of her fortune to a foundation. He plots her murder in cahoots with Irene Neves (Gloria Grahame), an old girlfriend hiding in the wings.

Myra discovers their plans and concocts a diabolical scheme to kill Lester and place the blame on Irene, but the complex timing—so she herself is provided with an alibi—starts to unravel. Lester learns of Myra’s intentions and chases her through the streets of San Francisco in his car while she is on foot. Myra is able to avoid him, but Lester mistakes Irene for Myra (she has dressed to resemble her) and is about to run her down. Myra shouts to stop him, but he realizes too late. He tries to avoid Irene but crashes, killing them both. Myra overhears the two pronounced dead and breathes a sigh of relief as she walks off safely into the night.