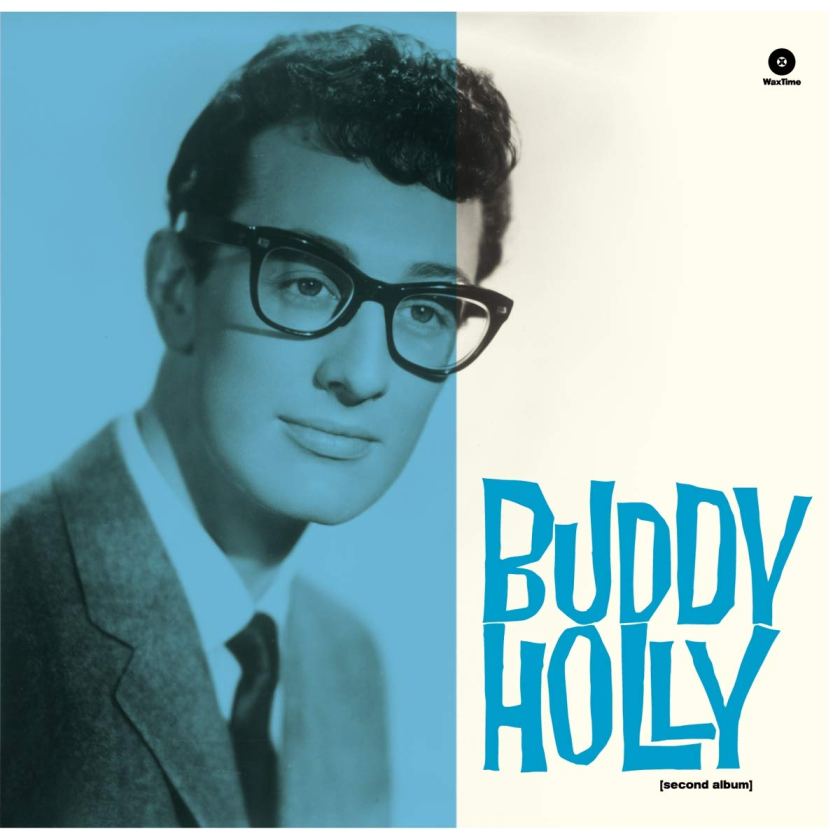 Today is the 84th birthday of the singer Buddy Holly. The world is a better place because he was in it and and still feels the loss he has left.

BEST KNOWN FOR: Buddy Holly was a singer/songwriter whose records, conveying a sense of the wide-open spaces of West Texas and unstoppable joie de vivre, remain vital today.

Singer. Born Charles Hardin Holley on September 7, 1936, in Lubbock, Texas. As the fourth and youngest child in his family, Holly was nicknamed “Buddy” by his mother, who felt that his given name was too big for her little boy. “Holly,” the altered form of his last name, would later result from a misspelling in his first recording contract.

Buddy Holly learned to play piano and fiddle at an early age, while his older brothers taught him the basics of guitar. A 1949 home recording of “My Two-Timin’ Woman” showcases Holly’s skilled, if prepubescent, singing voice. Holly’s mother and father, a tailor by trade, both proved to be very supportive of their son’s burgeoning musical talents, generating song ideas and even penning a letter to the editor of Lubbock’s newspaper in defense of rock ‘n’ roll-loving teenagers lambasted in a conservative editorial. Despite his parents’ support, Holly couldn’t have become a founding father of rock ‘n’ roll without engaging in some degree of rebellion. Once a preacher at the local Tabernacle Baptist Church asked him, “What would you do if you had $10?” The young rocker reportedly muttered, “If I had $10, I wouldn’t be here.” Holly had clearly set his sights on something other than growing up to join his brothers in their tiling business.

After high school, Holly formed a band and played country and western songs regularly on a Lubbock radio station. He frequently opened for more prominent national acts that toured through town. Bandmate Sonny Curtis viewed Holly’s opening for Elvis Presley in 1955 as a crucial turning point for the singer. “When Elvis came along,” Curtis recalls, “Buddy fell in love with Elvis and we began to change. The next day we became Elvis clones.” Although the bespectacled, bow-tied youth lacked Elvis’s incendiary sex appeal, Holly’s conversion from country to rock ‘n’ roll did not go unnoticed. A record company talent scout soon caught his act at a skating rink and signed him to a contract.

In early 1956, Holly and his band began recording demos and singles in Nashville under the name Buddy Holly and the Three Tunes, but the group’s lineup was later revised and dubbed The Crickets. Holly wrote and recorded his breakthrough hit, “That’ll Be the Day,” with The Crickets in 1957. The song’s title and refrain are a reference to a line uttered by John Wayne in the 1956 film The Searchers. Between August 1957 and August 1958, Holly and the Crickets charted seven different Top 40 singles. Coincidentally, “That’ll Be the Day” topped the U.S. chart exactly 500 days before Holly’s untimely death.

In October 1958, Holly split from The Crickets and moved to Greenwich Village in New York City. Due to legal and financial problems resulting from the band’s breakup, Holly reluctantly agreed to tour through the Midwest in 1959 with The Winter Dance Party. Tired of enduring broken-down buses in subfreezing conditions, Holly chartered a private plane to take him from a show in Clear Lake, Iowa, to the tour’s next stop in Moorhead, Minnesota. Holly was joined on the doomed flight by fellow performers Ritchie Valens and The Big Bopper. The plane crashed within minutes of leaving the ground, killing all aboard. Buddy Holly was just 22 years old. His funeral was held at the Tabernacle Baptist Church back in Lubbock.

Buddy Holly proposed on his first date with Maria Elena Santiago, a receptionist four years his senior, and married her less than two months later in 1958. Maria Elena did not attend Holly’s funeral, as she had also just suffered a miscarriage. She still owns the rights to Buddy Holly’s name, image, trademarks and other intellectual property.

Holly’s death was memorialized in Don McLean’s iconic song “American Pie” as “the day the music died.” Holly’s music never really died, though, despite the singer’s tragic and untimely death. Unissued recordings and compilations of Holly’s work were released in a steady stream throughout the 1960s. Due to the continued popularity of his music and film adaptations of his life’s story, Holly’s hiccup and horn-rimmed glasses are easily recognizable today. Though his professional career spanned just two short years, Holly’s recorded material has influenced the likes of Elvis Costello and Bob Dylan, who, at age 17, saw Holly perform on his final tour. The Rolling Stones had their first Top 10 single in 1964 with a cover of Holly’s “Not Fade Away.” The Beatles chose their name as a kind of homage to The Crickets, and Paul McCartney has since purchased Holly’s publishing rights.

Buddy Holly’s lasting impact on pop music was even larger. The Crickets pioneered the now-standard rock lineup of two guitars, bass, and drums. Holly was also among the first artists to use studio techniques such as double-tracking on his albums. Despite Holly’s numerous contributions to rock ‘n’ roll, a 1957 interview with Canadian disc jockey Red Robinson suggests that the singer questioned the longevity of the genre. When asked whether rock ‘n’ roll music would still be around after six or seven months, Holly replied, “I rather doubt it.”