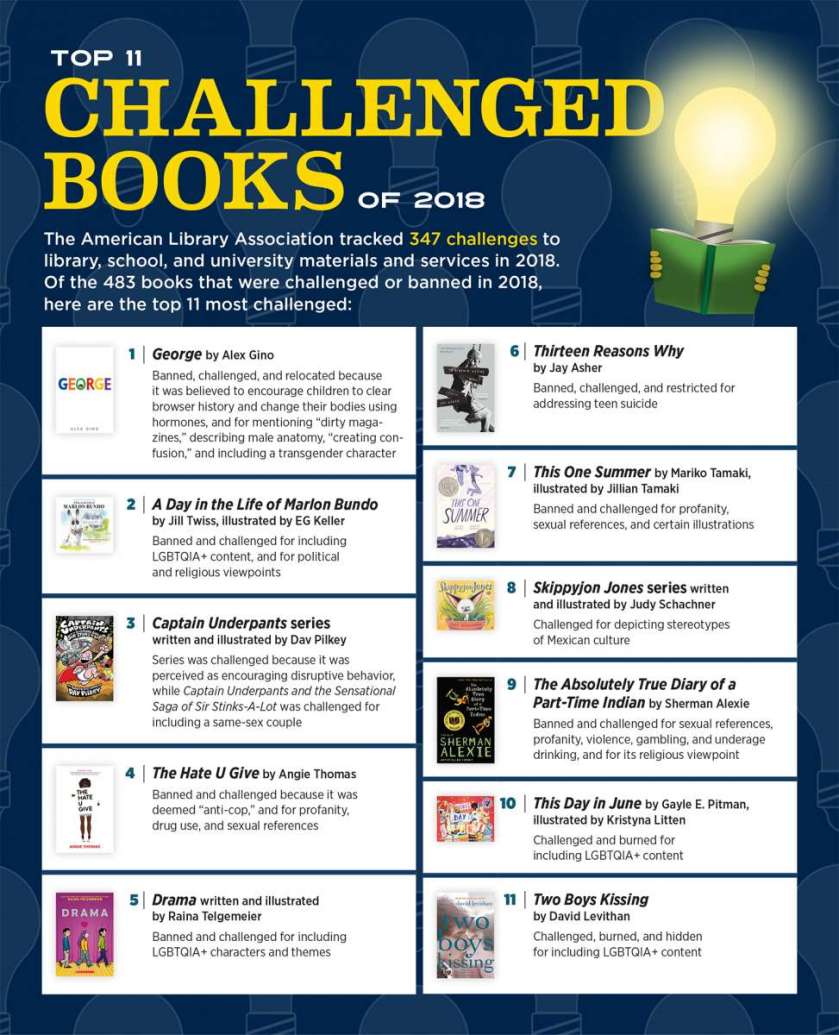 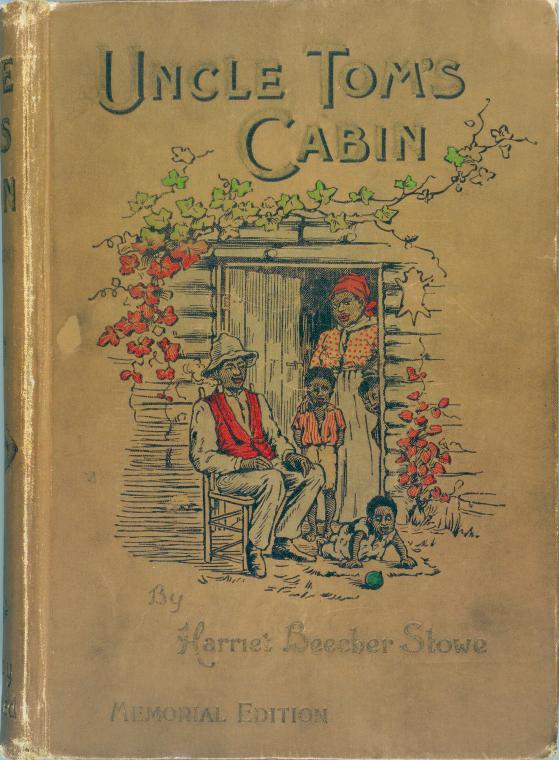 Like Huck Finn, Of Mice and Men and Gone With the Wind, the contextual, historically and culturally accurate depiction of the treatment of Black slaves in the United States has rankled would-be censors.

Having run up large debts, a Kentucky farmer named Arthur Shelby faces the prospect of losing everything he owns. Though he and his wife, Emily Shelby, have a kindhearted and affectionate relationship with their slaves, Shelby decides to raise money by selling two of his slaves to Mr. Haley, a coarse slave trader. The slaves in question are Uncle Tom, a middle-aged man with a wife and children on the farm, and Harry, the young son of Mrs. Shelby’s maid Eliza. When Shelby tells his wife about his agreement with Haley, she is appalled because she has promised Eliza that Shelby would not sell her son.

However, Eliza overhears the conversation between Shelby and his wife and, after warning Uncle Tom and his wife, Aunt Chloe, she takes Harry and flees to the North, hoping to find freedom with her husband George in Canada. Haley pursues her, but two other Shelby slaves alert Eliza to the danger. She miraculously evades capture by crossing the half-frozen Ohio River, the boundary separating Kentucky from the North. Haley hires a slave hunter named Loker and his gang to bring Eliza and Harry back to Kentucky. Eliza and Harry make their way to a Quaker settlement, where the Quakers agree to help transport them to safety. They are joined at the settlement by George, who reunites joyously with his family for the trip to Canada.

Meanwhile, Uncle Tom sadly leaves his family and Mas’r George, Shelby’s young son and Tom’s friend, as Haley takes him to a boat on the Mississippi to be transported to a slave market. On the boat, Tom meets an angelic little white girl named Eva, who quickly befriends him. When Eva falls into the river, Tom dives in to save her, and her father, Augustine St. Clare, gratefully agrees to buy Tom from Haley. Tom travels with the St. Clares to their home in New Orleans, where he grows increasingly invaluable to the St. Clare household and increasingly close to Eva, with whom he shares a devout Christianity.

Up North, George and Eliza remain in flight from Loker and his men. When Loker attempts to capture them, George shoots him in the side, and the other slave hunters retreat. Eliza convinces George and the Quakers to bring Loker to the next settlement, where he can be healed. Meanwhile, in New Orleans, St. Clare discusses slavery with his cousin Ophelia, who opposes slavery as an institution but harbors deep prejudices against blacks. St. Clare, by contrast, feels no hostility against blacks but tolerates slavery because he feels powerless to change it. To help Ophelia overcome her bigotry, he buys Topsy, a young black girl who was abused by her past master and arranges for Ophelia to begin educating her.

After Tom has lived with the St. Clares for two years, Eva grows very ill. She slowly weakens, then dies, with a vision of heaven before her. Her death has a profound effect on everyone who knew her: Ophelia resolves to love the slaves, Topsy learns to trust and feel attached to others, and St. Clare decides to set Tom free. However, before he can act on his decision, St. Clare is stabbed to death while trying to settle a brawl. As he dies, he at last finds God and goes to be reunited with his mother in heaven.

St. Clare’s cruel wife, Marie, sells Tom to a vicious plantation owner named Simon Legree. Tom is taken to rural Louisiana with a group of new slaves, including Emmeline, whom the demonic Legree has purchased to use as a sex slave, replacing his previous sex slave Cassy. Legree takes a strong dislike to Tom when Tom refuses to whip a fellow slave as ordered. Tom receives a severe beating, and Legree resolves to crush his faith in God. Tom meets Cassy, and hears her story. Separated from her daughter by slavery, she became pregnant again but killed the child because she could not stand to have another child taken from her.

Around this time, with the help of Tom Loker—now a changed man after being healed by the Quakers—George, Eliza, and Harry at last cross over into Canada from Lake Erie and obtain their freedom. In Louisiana, Tom’s faith is sorely tested by his hardships, and he nearly ceases to believe. He has two visions, however—one of Christ and one of Eva—which renew his spiritual strength and give him the courage to withstand Legree’s torments. He encourages Cassy to escape. She does so, taking Emmeline with her, after she devises a ruse in which she and Emmeline pretend to be ghosts. When Tom refuses to tell Legree where Cassy and Emmeline have gone, Legree orders his overseers to beat him. When Tom is near death, he forgives Legree and the overseers. George Shelby arrives with money in hand to buy Tom’s freedom, but he is too late. He can only watch as Tom dies a martyr’s death.

Taking a boat toward freedom, Cassy and Emmeline meet George Harris’s sister and travel with her to Canada, where Cassy realizes that Eliza is her long-lost daughter. The newly reunited family travels to France and decides to move to Liberia, the African nation created for former American slaves. George Shelby returns to the Kentucky farm, where, after his father’s death, he sets all the slaves free in honor of Tom’s memory. He urges them to think on Tom’s sacrifice every time they look at his cabin and to lead a pious Christian life, just as Tom did.