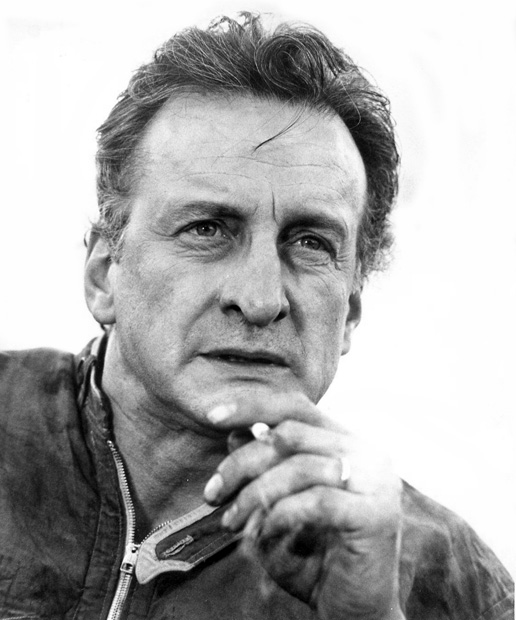 Today is the 93rd birthday of the actor George C. Scott. I remember seeing The Changeling (entire movie below) on TV when I was a kid and being so scared, but not being able to stop watching because it was filmed in Seattle. His film They Might Be Giants is honestly funny and quirky and about half the time, you feel like you are either not in on the joke or it just wasn’t a joke, but you aren’t sure, but you wish you were in on the joke if it was in fact a joke. I am sure that is why it is loved and hated, but rarely anything in-between. The world is a better place because he was in it and still feels the loss that he has left.

BEST KNOWN FOR: American actor George C. Scott starred in films and on Broadway during his 40-year career. In 1970, he won an Oscar for his portrayal of George S. Patton.

George C. Scott was born on October 18, 1927, in a small Virginia town in the Appalachian Mountains. At the age of 2, Scott’s family moved to Detroit, Michigan, where his father took a job at an automobile plant. His mother, a poet, died when he was 8.

In 1945, Scott joined the Marines and was posted to Arlington National Cemetery. His subsequent four-year tour was marked with heavy drinking and a raft of nose-breaking barroom brawls. After being discharged from the military, he studied journalism under the G.I. Bill at the University of Missouri. While there, Scott auditioned for a role in a campus production of Terence Rattigan’s play The Winslow Boy. He won the role, marking the beginning of his career in acting.

Acting jobs did not come easy at first. In fact, it would be years before Scott landed his first big role: as the lead in the New York Shakespeare Festival’s production of Richard III. His intense stage presence won acclaim by critics and would garner him a lifetime of notable roles on the stage, on television and in film.

In 1959, Scott starred opposite James Stewart in Anatomy of a Murder, and was awarded an Oscar nomination for best supporting actor. Despite all of his praise, however, he would gain even more attention for his over-the-top portrayal of General “Buck” Turgidson in Stanley Kubrick’s 1964 film Dr. Strangelove.

Scott once again turned to his military roots in order to play his most iconic role: General George Patton in the 1970 film Patton. His ability to dominate the screen once again won rave reviews from critics, as well as an Academy Award for his performance. The actor, however, defiantly refused to accepted the honor. Months earlier, Scott had sent a telegram to the Academy of Motion Picture Arts and Sciences rejecting his nomination as best actor, citing his disapproval of the voting process and his disdain for competition among actors. His win at the award ceremony came as a shock to the audience, and led award presenter Goldie Hawn to famously announce, “Oh my God. It’s George C. Scott!”

Less controversial was Scott’s 1984 performance in the CBS television production of A Christmas Carol. As Ebenezer Scrooge, Scott played the role with a visceral intensity that evoked associations with Reagan and Thatcher. He even played the Dickensian role of the cliché penny-pincher with an American accent.

Throughout the 1980s and ’90s, Scott continued to appear in film, on television and on stage. In 1981, he starred with Tom Cruise, Timothy Hutton and Sean Penn in the drama Taps. He also appeared in television remakes of the films 12 Angry Men (1997) and Inherit the Wind (1999).

In the mid-1990s, however, the actor’s health began to fade. In April 1996, he walked off the stage in the middle of a Broadway performance of Inherit the Wind. One month later, news reports revealed that Scott had been suffering from an aortic aneurysm. Three years later, on September 22, 1999, the actor died in Westlake Village, California, when the aneurysm ruptured. He was reportedly working on his memoirs at the time.

George C. Scott left behind his wife, actress Trish Van Devere, whom he starred alongside in the 1980 film The Changeling, as well as five children. He had daughter Victoria with his first wife, Carolyn Hughes; son Matthew and daughter Devon Scott with his second wife, Patricia Reed; and sons Alexander and Campbell, an actor, from his marriage to Colleen Dewhurst.