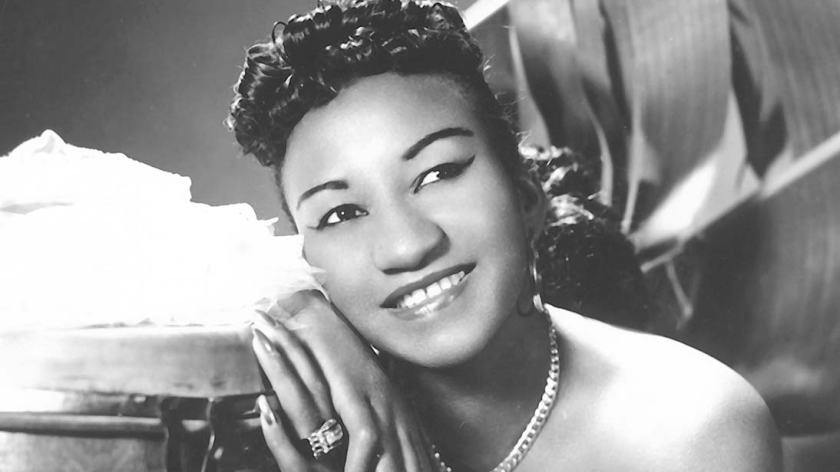 Today is the 95th birthday of Celia Cruz.  She is EVERYTHING.  Watch all the videos below and keep a little Celia in your life at all times.  The world is a better place because she was in it and still feels the loss that she has left.

BEST KNOWN FOR: Celia Cruz was a Cuban-American singer, best known as one of the most popular salsa performers of all time, recording 23 gold albums.

Celia Cruz grew up in the poor Havana neighborhood of Santos Suárez, where Cuba’s diverse musical climate became a growing influence. In the 1940s, Cruz won a “La hora del té” (“Tea Time”) singing contest, propelling her into a music career. While Cruz’s mother encouraged her to enter other contests around Cuba, her more traditional father had other plans for her, encouraging her to become a teacher—a common occupation for Cuban women at that time.

Cruz enrolled at the National Teachers’ College, but dropped out soon after, since her live and radio performances around were gaining acclaim. Tempering her own growing ambitions with her father’s wish for her to stay in school, she enrolled at Havana’s National Conservatory of Music. However, instead of finding reasons for continuing on the academic track, one of Cruz’s professors convinced her that she should pursue a full-time singing career.

Cruz’s first recordings were made in 1948. In 1950, her singing career started its upward journey to stardom when she began singing with celebrated Cuban orchestra Sonora Matancera. Initially, there were doubts that Cruz could successfully replace the previous lead singer and that a woman could sell salsa records at all. However, Cruz helped propel the group—and Latin music in general—to new heights, and the band toured widely through Central and North America throughout the 1950s.

At the time of the 1959 Communist takeover of Cuba, Sonora Matancera was touring in Mexico, and members of the band decided to leave Cuba for good, crossing into the United States instead of returning to their homeland. Cruz became a U.S. citizen in 1961, and Fidel Castro, enraged by Cruz’s defection, barred her from returning to Cuba.

Cruz remained relatively unknown in the United States beyond the Cuban exile community initially, but when she joined the Tito Puente Orchestra in the mid–1960s, she gained exposure to a wide audience. Puente had a large following across Latin America, and as the new face of the band, Cruz became a dynamic focus for the group, reaching a new fan base. On stage, Cruz enthralled audiences with her flamboyant attire and crowd engagement—traits that bolstered her 40-year singing career.

With her seemingly unfaltering vocals, Cruz continued performing live and recording albums throughout the 1970s and 1980s, and beyond. In that time, she made more than 75 records, including nearly 20 that went gold, and won several Grammys and Latin Grammys. She also appeared in several movies, earned a star on Hollywood’s Walk of Fame, and was awarded the American National Medal of the Arts by the National Endowment of the Arts.