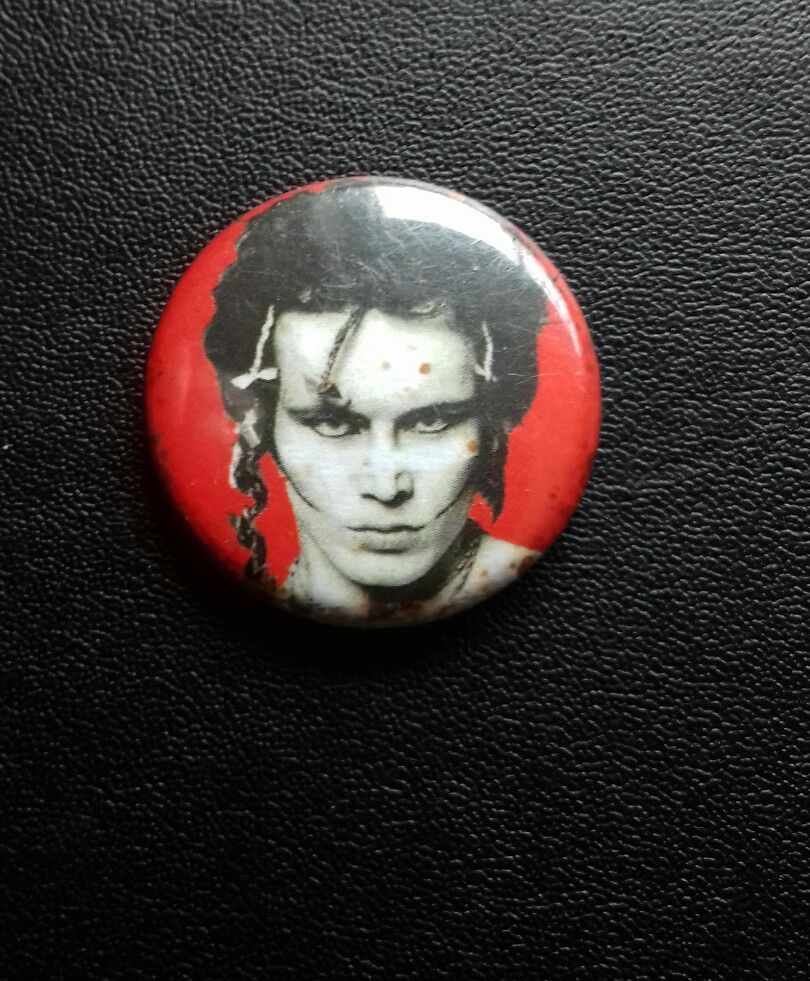 Today is the 66th birthday of Adam Ant.  I love second acts, second chances, reinvention, determination and changes.  Adam Ant personifies all that for me.  He changed his everything and became the person he wanted to be and continues to morph and evolve.  We should all take a lesson from him.  The world is a lucky place to have him in it.

BEST KNOWN FOR: Adam Ant came to fame in the early 1980s as the lead singer of the New Wave band Adam and the Ants.

A post-punk, New Wave superstar, Stuart Leslie Goddard, better known as Adam Ant, was born on November 3, 1954 in London, England. An only child, his parents, Leslie Goddard and Betty Kathleen Smith, divorced when he was 7 years old.

Troubled by the divorce and affected by his father’s alcoholism and abusive nature, Goddard struggled in school and flashed his own temper, until a teacher took him under his wing and introduced him to the arts. Able to turn around his academic performance, Goddard graduated with high marks and enrolled at the prestigious Hornsey College of Art, where he planned to study graphic design.

While at Hornsey, Goddard met and fell in love with a fellow student, Carol Mills. By this time, he had jumped into music, playing bass for a band called Bazooka Joe. To support her young husband, Carol designed rubber outfits for him, an idea that Goddard had picked up from fetish magazines. But confusion greeted Goddard at college. He was unsure whether he should study art or music, and he was confused about his marriage. In his final year of college, he became anorexic. “I just didn’t eat,” he later said. “I wasn’t attempting to slim, I was attempting to kill myself.”

After overdosing on pills, Goddard was committed to a mental hospital in London. Upon his release, he changed his name to Adam Ant; Carol, who was entrusted to take care of Ant, became known as Eve. But their marriage was on the rocks, and in 1976, the couple divorced.

Committed to making music, Ant reconnected with a few former band mates after his release from the hospital and formed a new band, at first called The Ants. Later they renamed themselves, Adam and the Ants.

While the band’s original incarnation proved to be a flop, after a reshuffling of the lineup, the Ants, backed by the playing of new guitar player, Marco Pirroni, rose to the top of the charts, first in Britain and later, America. The group’s two albums, Kings of the Wild Frontier (1980) and Prince Charming (1982) that produced an astounding 16 hits and sole more than 15 million records.

In 1981 alone, the Ants had an astonishing seven singles, including Stand and Deliver, in the UK top 40 at the same time. As their popularity crossed the Atlantic, Adam, donning David Hemmings’ jacket from the 1968 film, The Charge of the Light Brigade, and a white stripe across his face, became the face of New Wave music.

The theatrical band arrived in New York by sailing up the Hudson River on a replica 18th century schooner. Ant embraced his celebrity with a deep commitment to his work and a zero-tolerance policy toward drug use. If he caught bandmates taking drugs, he fired them. Soon, however, the grind of touring—the group performed 300 gigs a year—took its toll, and in early 1982, Ant broke up the band.

In 1982, Ant released his first solo album, Friend or Foe. Though Ant anticipated a successful solo career, the record and his subsequent work, including the albums Manners and Physique (1990) and Wonderful (1995), failed to match his earlier success. Shortly after 1985’s Live Aid concert, Ant distinguished himself as being the only performer whose record went down in the charts in the week following the show.

A later move to Hollywood saw Ant take a turn at acting. He landed supporting roles in several movies and in 1989, played his first lead in the film Trust Me.

Ant’s personal life has mirrored the rocky nature of his musical career. In 1997, a 42-year-old Ant married Lorraine Gibson, a 25-year-old intern to fashion designer Vivienne Westwood. The couple eventually had a daughter together, but their subsequent divorce pushed Ant into another mental crisis.

In 2002, police arrested Ant after he threw a car alternator through the window of a pub, and threatened people inside with a fake pistol.

In recent years, however, Ant’s life seems to have settled down. In a round of interviews in 2011, he excitedly discussed plans to make music again, even suggesting that there would be an Ants reunion. “I feel very grateful to be alive and well enough to make music,” he said. “Because for a time there, it was like the Alamo. It really was. It got a bit sticky.”